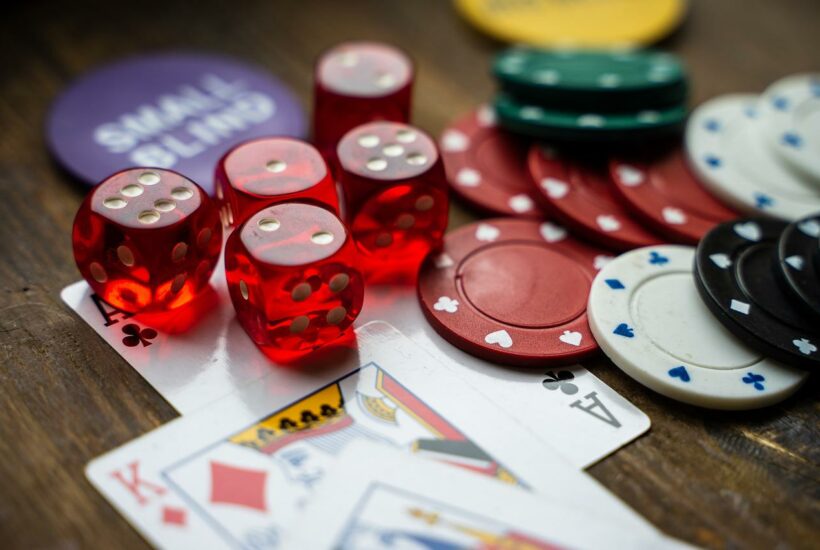 In 1977, Richard A. Epstein published his “Theory of Gambling and Statistical Logic,” which summarized all the theoretical and statistical work done on games of chance in the last 400 years and applied it to today’s games.

More specific information was also provided in Allan N. Wilson’s “Casino Gambler’s Guide,” published in 1965. So, for quite a few years, gamblers have had no reason to depend on guesswork or intuitive logic. The following fantasies, identified in Epstein’s book, are as widely held now as they were a hundred years ago.

1. “A bet with a low probability of high gain is superior to one with a high probability of small gain.” Therefore, a 30-to-1 proposition bet on the craps table is better than an even-money wager on the Don’t Pass Line. In roulette, a bet on a number is preferred over wagering on red or black, regardless of the odds.

3. “Everything will even out. After a streak of wins, the chances of losing increase”. It becomes a good bet if a craps 12 has not shown for a certain number of throws. If red has not come up for a specific number of spins in roulette, black becomes a bad bet.

4. “The probabilities of favorable events occurring are greater than unfavorable events of equal probability.” A person with one in a hundred odds of winning a pool and a 1% chance of dying from cancer feels that the former is much more likely to happen. Similarly, a gambler feels that his chances of winning a 20-to-1 bet are greater than his chances of losing his money in a proposition with a 5% risk-of-ruin factor.

5. “The expectations for present events are based on past events, despite mathematical independence.” So, if you have broken every time you hit sixteen that day in blackjack, you should quit hitting sixteen, regardless of what the dealer holds. If you have drawn poor cards in some double-down situations, stop doubling.

6. “One large bet in a game is preferred over a series of small wagers totaling the same amount in the same game, but a series of small bets in different games is better than a single large wager in any of them.” Therefore, a $100 bet on craps is better than four $25 wagers, but four $25 wagers, one each on blackjack, baccarat, roulette, and craps, are considered preferable to one $100 wager on any of them.

8. “Winning streaks extend long enough and happen frequently enough to counteract both losing streaks and intermittent losses.” If you progress your bets in a winning series but make minimum bets in a losing series, you will win enough to offset both the losing series and the short cycle losses.

10. “Seeing is believing, so what you observe at a gambling game is a better basis for a playing strategy than what a mathematician writes in some book.” Maybe he has never even played the game. If betting all the hard ways at craps and never splitting at blackjack has been winning for you, that must be the way to go.

SEE ALSO  Gambling outlook for 2019: Will the UK’s crackdown have an impact on investors?

11. “Everybody has only so much luck, so be prepared to recognize it and use it to your advantage.” If you have been practicing with the dice at home and have thrown ten passes in a row, stay away from the casino. You have used up your share of luck for the day.

12. “There is no reason to be concerned about a proposition where you have only one chance in five hundred to get hurt.” As it’s highly improbable that a blackjack dealer will not break once in nine hands, doubling up after each loss at a $2 table with a $500 maximum bet will surely make you a winner before the house limit wipes you out.

13. “The power of positive thinking applies to gambling.” If you expect to lose, you can’t make your point at casino slots, craps, or draw good cards in blackjack.

14. “Not only are some players inherently luckier than others, but this also extends to dealers and inanimate objects.” In blackjack, locate and avoid lucky dealers; in craps, search out hot tables and players with hot dice. Identify and refuse to bet on unlucky crapshooters.

(Featured image by ThorstenF via Pixabay)