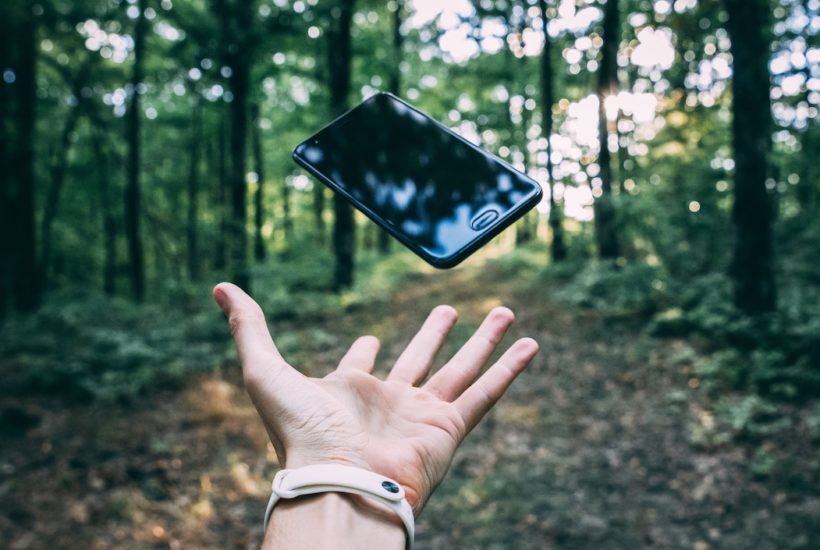 The commercial begins with an everyday situation: three young men sit in the back seat of a car and talk. When one of them is about to place an online sports bet with Hpybet (spoken like “Happybet”), his buddy rips the smartphone out of his hand – and a crazy adventure begins its course. The following action sequence is designed to underpin the claim of the brand “Make it your game.”

It’s certainly fashionable among betting providers to add storytelling to their own product promises. However, you haven’t seen fireworks like Hpybet in a while. The still relatively young brand — Hpybet was founded in 2017 —  has to fight for the type of attention that brands like Tipico and Bwin already have secured. The German betting market is one of the largest in Europe. It encompasses not only sports betting but also other games of chance like lottery applications and casino games.

This is another reason why the company has brought prominent brand ambassadors on board: the three protagonists of the spot are the Frankfurt rapper Olexesh, who can currently be seen in the Netflix series “Skylines”, the actor Arnel Taci (“Honey in the Head”, “Turkish for Beginners”) and the Berlin underground legend Crackaveli. Hamburg native newcomer Booz also has an appearance in the spot.

Hpybet has also gathered big names behind the camera. Eric Remberg, alias Specter Berlin, directed the spot and served as its creative director as well. The co-founder the hip-hop label Aggro Berlin has already produced commercials for VW, Mercedes, Lexus and Nike. “There has never been such a synergy between the music and advertising industries before,” says Specter Berlin. “All parties could profit from each other.”

SEE ALSO  African countries in danger because of the rating agencies

The director also provided the musical score for the spot: the previously unreleased song by “Hell Yes”, Specter Berlin’s own music project, in collaboration with Olexesh. The campaign was produced by Markenfilm Berlin and no advertising agency was involved. Only the internal marketing team around Hpybet managing director, Peter Reinhardt, participated in the campaign. Even media planning was taken in-house.

“With the co-operation between Hpybet and Specter Berlin, we made German media history,” according to the sportsbook’s CEO. “It was important for us that a film with cult character be produced here — and that the setting also benefit the hip-hop culture. The creative marriage with Specter was a ‘match made in heaven’ in many respects. A good connection from day one enabled us to produce the spot together without influence from external consultants.”

The spot will be shown for the first time on October 15 on Sky and Sport 1. In addition, the musicians involved will distribute the commercial via their own channels. But that’s not the end of the story. The spot practically acts as a teaser for the other music videos that will follow suit as part of the one-year campaign. And Hpybet will act as a sponsor.

The communication offensive will take place at a time when Hpybet is already venturing out of cover. The subsidiary of British Playtech BGT Sports Group is represented across 500 locations in Germany – and the declared goal is to double this number this coming year “thanks to massive investments.”

“Hardly any provider currently meets the high technical standards and only a few will manage the balancing act between growing customer demands and increasing regulation,” Reinhardt explained back in June. “We assume that the sports betting market will continue to consolidate and we aim, in the medium term, to find ourselves at least among the top two providers.”

One background to the campaign could also be the imminent opening of German sports betting markets. In the spring, the federal states agreed on market regulation. This makes an opening for private providers possible before complete new regulation of the sports betting market comes due by the middle of 2021. Starting next year, all providers who meet the prescribed “qualitative minimum requirements” in areas such as youth and manipulation protection, will be admitted for the first time.

This means that before the consolidation expected by Reinhardt comes, the market and thus the advertising blocks could tighten up. Those who then already have a certain level of awareness built up via large scale advertising campaigns should have a major competitive advantage.

First published in Horizont, a third-party contributor translated and adapted the article from the original. In case of discrepancy, the original will prevail.