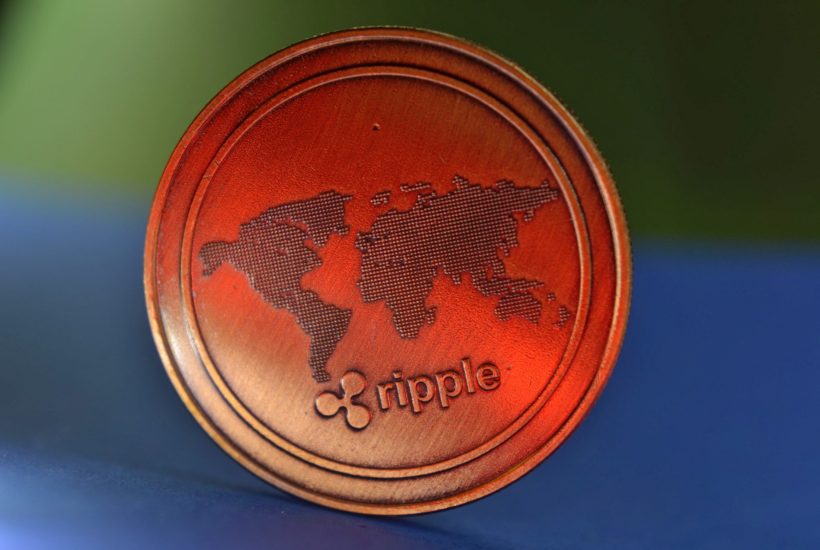 The American crypto company Ripple, like all companies in the USA, is also affected by the corona crisis. As CEO Brad Garlinghouse announced on Twitter, most employees now work from home. Garlinghouse also sees it as his and Ripple’s social duty in the current crisis to continue to work to ensure that people can send their money across national borders at a low cost.

That is exactly what the partnership with MoneyGram, the world’s second-largest provider of money transfers, is all about. As has now been announced, MoneyGram receives millions of dollars in XRP from Ripple every quarter.

The Born2Invest mobile app offers its readers a detailed insight into the world of finance. Download our companion app for free and read the latest partnerships in the crypto sector, as well as the most important financial headlines.

The partnership between Ripple and MoneyGram was announced last June. According to Brad Garlinghouse, after a long year of talks, the collaboration has been a breakthrough. All the more interesting now that MoneyGram has received a total of $11.3 million in XRP from Ripple for the collaboration in 2019.

According to SEC documents, $2.4 million was received in Q3 2019 and $8.9 million in Q4 2019. The payments are intended to be compensation for the use of Ripple’s on-demand liquidity.

“The company will be compensated by Ripple in XRP for developing the foreign exchange markets and bringing liquidity to them, facilitated by the ODL platform, and providing a reliable level of foreign exchange trading activity,” said Garlinghouse.

Lawrence Angelilli, MoneyGram’s Chief Financial Officer is a little more specific and speaks of a fee for the development of the market: “As we have discussed in the past, MoneyGram receives a market development fee based on the volume of foreign exchange that we process on the Ripple platform.”

To explain: Ripple’s ODL processes transfers in real-time by exchanging the sender’s currency into XRP, sending the digital asset across borders and then re-exchanging it into the target currency.

Is there a risk for XRP Hodler?

All in all, the cooperation between MoneyGram and Ripple is probably very successful so far. For example, MoneyGram said that it now uses XRP for 10% of the total transaction volume between the USA and Mexico. Also, the CEO, Alex Holmes is satisfied: “I couldn’t be more pleased with the partnership and the success we’ve had with Ripple.”

So far, so good for all Ripple and XRP fans. However, at the same time, the financial giant MoneyGram seems to have no interest in keeping the $11.3 million received in XRP in the long term and profiting from an additional increase in value, as a spokesman of MoneyGram said: “We will sell XRP as soon as we receive it.”

MoneyGram will not become a Ripple (XRP) Hodler

After all, MoneyGram works together with Ripple, but does not want to participate in the long-term increase in the value of XRP. There is a simple explanation for this: Despite the cooperation, cryptocurrencies are still a risky investment for every company. Companies that have a responsibility towards their employees and investors prefer to go for security.

The sale of the $11.3 million in XRP naturally increases de-facto selling pressure, which by definition can only lower the price. However, it should be said to every hodler at this point that the sum is a drop in the ocean compared to the market capitalization of XRP and the daily transaction volume. So there is no reason for concern, quite the contrary. In the long term, the cooperation could push up the XRP price more in the long run, because Ripple’s products are more widely used.