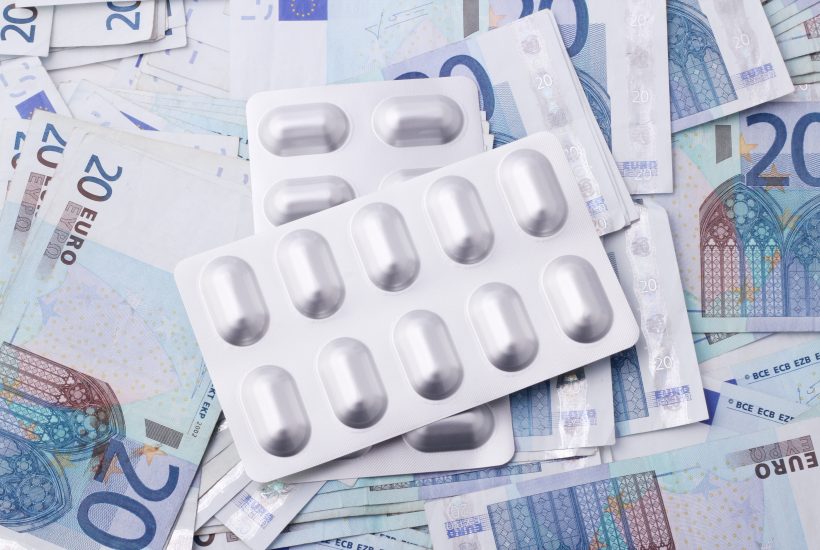 Divest to continue growing. This is one of the premises that the Spanish pharmaceutical group Pharma Mar has adopted and carried out in 2022, a company that has decided to liquidate its diagnostic subsidiary called Genómica. The laboratory justifies this decision by pointing out that it is part of the strategy of focusing on its main activity of drug development and marketing, mainly antitumor drugs. Genomics’ main activity consisted of molecular diagnostics, mainly in the development and commercialization of diagnostic kits, such as the one used for Sars-Cov-2.

The liquidation of Genomics by Pharma Mar means cutting a workforce of around 45 employees and the group focusing on its jewel in the crown, Zepelca, a medicine indicated against lung cancer. The drug inhibits oncogenic transcription in tumor-associated macrophages, decreasing the production of cytokines that are essential for tumor growth.

Genómica, whose CEO was Rosario de Cospedal, sister of former minister Dolores de Cospedal, addressed its liquidation with a turnover of €5.2 million and net losses of €3.2 million in 2021.

Read more about Pharma Mar and find the latest business news of the day with the Born2Invest mobile app.

However, Genomics is not the only movement by Pharma Mar in this regard in recent years, in which it has also chosen to abandon its chemical business

In September 2018, the company divested from Xylazel, a company that specialized in the production and sale of products for the protection and decoration of wood and metal. The buyer was AkzoNobel and the amount of the operation was placed at €22 million. The situation of Xylazel was far from that of Genomics, which was only profitable during the year of the outbreak of Covid-19. In its last financial year under the umbrella of the old Zeltia, Xylazel achieved sales of €20.5 million, positioning itself as one of the leading companies in its segment in Spain.

In May 2019, Pharma Mar sold Zelnova Zeltia, the subsidiary that it still had in the chemical segment and that markets brands such as Casa Jardín or Kill Paff, to Allentia Invest and Safoles, for more than thirty million euros. The business remained in the family since behind these investment companies is Pedro Fernández Puentes, cousin of José María Fernández Sousa-Faro, vice president of Pharma Mar, and president of the pharmaceutical company Zendal.

Even before the divestments in the chemical segment, in 2012, the Spanish pharmaceutical company, then still under the name of Zeltia, carried out a movement very similar to the one it is now undertaking with Genomics. In a situation of technical bankruptcy, it decided to liquidate the subsidiary Noscira, affected by the deterioration of the investment made in its drug Tideglusib, a drug against Alzheimer’s that did not achieve satisfactory results in clinical trials.

SEE ALSO  Volatility Reigns: Are We in a Bear Market?

Now, the pharmaceutical company is focused on Yondelis, an antitumor for the treatment of white tissue sarcomas, and Zepelca. At the same time, the company is working on other programs in the clinical development phase for various types of solid tumors.

The Spanish pharmaceutical company is also leading projects with other companies and institutions. Pharma Mar leads the Oncoliberyx project, which brings together four Spanish research groups specialized in nanotechnology and oncology in order to achieve unique formulations that can lead to new cancer therapies based on marine compounds from the Pharma Mar collection. The project, approved by the Ministry of Science and Innovation, it has the financing of €3.5 million with funds from the Recovery, Transformation, and Resilience Plan.

Oncoliberyx focuses on the search for new drug delivery strategies in order to increase the specificity of oncological active compounds, reducing their toxicity and side effects, while maintaining and increasing their therapeutic effects.

In addition to Spain, the Spanish pharmaceutical company opened up new markets in 2022

In the last twelve months, Pharma Mar, through its partner in China Luye Pharma Group, has obtained the approval of the relevant authorities to use lurbinectedin as a compassionate in the treatment of small cell lung cancer in Hainan province.

The approval of lurbinectedin for use in this region means that Luye Pharma Group will be the first pharmacist to offer a new treatment option to small-cell lung cancer patients in China.

In June 2020, lurbinectedin received accelerated approval from the FDA for the treatment of adult patients with this metastatic disease, already the standard of care in the United States.

Lurbinectedin also received marketing authorization in the United Arab Emirates, Canada, Australia, Singapore, and Qatar. Lung cancer has one of the highest morbidity and mortality rates of any other existing malignancy. In China, annually, there are more than 800,000 new cases and more than 710,000 deaths from this type of cancer.

Adventure in Qatar and South Korea

Likewise, the Spanish pharmaceutical company has also extended its commercial presence in the Middle East. In the summer of 2022, the Qatari health authorities approved the marketing of Lurbinectedin.

In late summer, Pharma Mar announced that its partner, Boryung Corporation, had received conditional marketing approval for the same drug from the South Korean Ministry of Food and Drug Safety.

This approval of Lurbinectedin is based on clinical data from a single-arm, multicenter, open-label monotherapy trial conducted in more than 100 adult patients with recurrent metastatic small-cell lung cancer (including patients with platinum-sensitive and platinum-resistant disease).