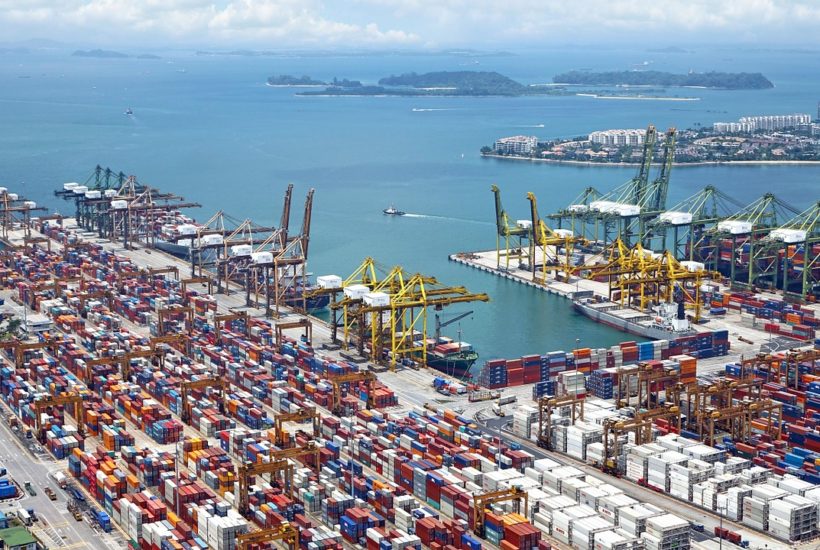 Approximately $4.5 million (2.5 billion CFA francs) is the estimated cost of the project to rehabilitate, develop and asphalt the access roads to the dry port and Avenue Châlons-en-Champagne of Bobo-Dioulasso (road from the House of Culture to the dry port). Scheduled to last four months, the works were launched on Thursday, July 22nd, 2021.

The works, consisting of a single lot, will consist of the development or rehabilitation of a total of 4.7 km of asphalt concrete roads, as well as the public lighting of 2.2 km of roads for access to the dry port of Bobo-Dioulasso. The project is entirely financed by the Burkina Faso Special Road Fund (FSR-B). Its objective is to facilitate the mobility of people and goods in the city of Sya.

If you want to read more on the subject and to find the latest economic news from around the world, download for free our companion app Born2Invest.

These road works are spread over three separate streets

It was the Minister of Infrastructure and Opening-up, Eric Bougouma, accompanied by Minister Hadja Fatimata Sanon, who officially launched the work. According to him, this launch is a symbol of the economic revival of Sya, wanted by the President of Faso, Roch Kaboré. It is also, he said, the start of a vast program of opening up Burkina Faso in this year 2021. “In the long term, these road infrastructures, like all the others being built, will contribute to the socio-economic development and opening up of the city of Bobo-Dioulasso throughout Burkina Faso,” he said.

According to Minister Eric Bougouma, this launch of work also demonstrates the government’s commitment to supporting the private sector, “the engine of growth”. It is the realization of one of the grievances of the Chamber of Commerce and Industry of Burkina Faso and the municipal authorities of the city of Bobo-Dioulasso. “This ceremony announces the upcoming start of a vast program to open up our country, of course with priorities. Our first priority is to complete all the projects that were launched during the first five-year term, some of which are unfortunately experiencing delays and minor difficulties. At the same time as we complete all the projects in the four corners of the country, we will launch new projects,” he announced.

He also reaffirmed the commitment of his department to ensure that these projects already launched can be completed very soon. While congratulating the various companies selected for the work, he invited them to deliver, in time, quality infrastructure in accordance with the various specifications.

Indeed, the dry port of Bobo-Dioulasso (Boborinter) is an infrastructure for receiving and processing goods for import and export. It was built by the Chamber of Commerce and Industry of Burkina Faso (CCI-BF) for the benefit of economic operators and the public administration. This economic platform was commissioned in 2010. Over the same period, the analysis of revenues generated shows that they are in an upward trend. They have increased from $68.2 million (38 billion CFA Francs) in 2010 to more than $206.4 million (115 billion CFA francs) in 2018 in terms of customs revenue.

It is in light of these satisfactory data and after ten years of operation, that the CCI-BF has undertaken, in 2019, the extension of Boborinter on 20 hectares to move to a logistics platform of about 40 hectares. This, with the rehabilitation of the existing heavily degraded under the weight of large carriers. This heavy truck traffic has also damaged the main access road that had been built. These degradations are so important that it is difficult for trailers to access the dry port of the RN7.

As for the eastern access road that serves the Cimasso cement plant, which was once built of earth, it remains impassable to this day. It is in this context that the government, through the Ministry of Infrastructure, has decided to support this project of rehabilitation and extension of the dry port undertaken by the CCI-BF, by ensuring the rehabilitation, development, and asphalting of access roads to the dry port. For the vice-president of the Chamber of Commerce of Bobo, these developments will ensure the conduct of traffic to the dry port and the industrial zone in complete safety. That is why he expressed the recognition and gratitude of the Burkinabe private sector to the head of government and particularly to the President of Faso.

(Featured image by cegoh via Pixabay)

First published in lefaso.net , a third-party contributor translated and adapted the article from the original. In case of discrepancy, the original will prevail.