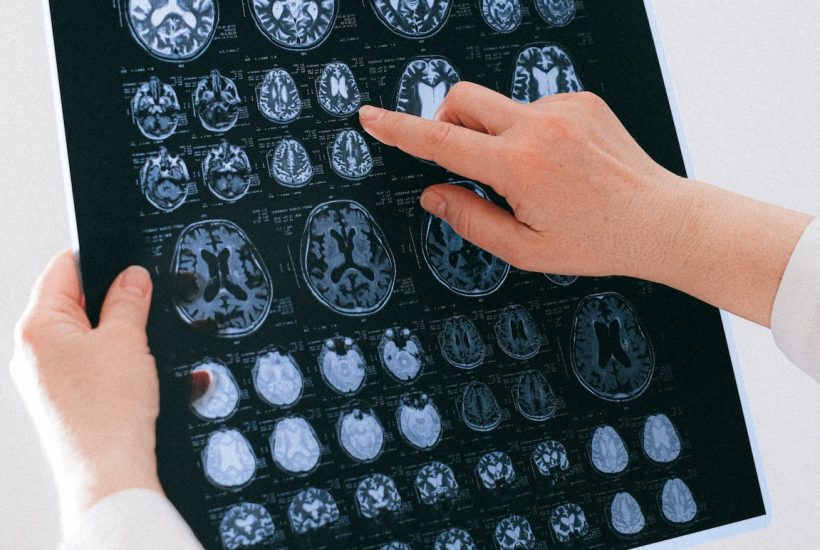 It only takes a quick look at CDC statistics to realize just how big of a public health problem stroke is — 795,000 Americans suffer a stroke each and every year. And while many of those 795,000 will go on to survive, the recovery process is quite often long and costly. Indeed, stroke-related costs in the United States alone tally up to nearly $53 billion a year.

What’s worse is that much of this cost is concentrated in the recovery stage. The unfortunate reality is that there isn’t a whole lot that modern medicine can do to treat a stroke directly aside from deliver a dose of “clot-busting” drugs in the first three hours of an ischemic stroke (a stroke due to a clot, of which 87% of strokes are).

However, while there might not be a whole lot we can do to aid post-stroke recovery now, that could soon change, with Algernon Pharmaceuticals Inc. (CSE: AGN | FRANKFURT: AGW0 | OTCQB: AGNPF) set to commence phase 1 clinical trials on a promising treatment for stroke patients that could drastically reduce the impact of a stroke.

Here, in a Market One Minute interview, Christopher Moreau, CEO, and Director of Algernon Pharmaceuticals, explains more about what we can expect.

Christopher Moreau: Thanks, Jim. Nice to be back.

Jim Gordon: Good to have you, sir. Okay, tell us more about Algernon’s exciting DMT program for the treatment of stroke.

Christopher Moreau: Well, Algernon is investigating a known psychedelic drug called DMT, N,N-Dimethyltryptamine. It’s a naturally occurring psychedelic drug, and it has been found in preclinical studies to help neurons grow. This is a process called neuroplasticity. It’s an important part of the healing process after a stroke. And so, there was enough evidence there that Algernon decided to investigate the drug now for the treatment of stroke.

Jim Gordon: And what are the current treatment options for stroke patients today?

Christopher Moreau: I think people would be very surprised to learn that there are very few options. So there are two kinds of stroke, a hemorrhagic stroke, which is a bleed in the brain, and an ischemic stroke, which is a blockage. About 85 percent of strokes are a blockage. Of the 85 percent, there are really only treatment options for about 15 percent, and that includes a clot-busting drug or the mechanical removal of the clot. That means that 85 percent of patients are in the ICU under a program called “watchful waiting”. They’re hoping that the stroke will resolve on its own, that there’ll be a minimal deficit, and they can start rehab for those patients. As a result, this will be estimated to be a $15 billion market by the year 2029. So there’s a huge need for new treatment options.

Jim Gordon: And so DMT offers a new way of thinking about stroke treatments. What are you hoping for this drug?

Christopher Moreau: Well, there literally have been hundreds of drugs that have failed in stroke clinical trials. And what they’ve been trying to focus on is something called neuroprotective measures. They’re trying to protect the neurons during the injury, and none of them have worked. Some of them have worked in animal models, but they just don’t translate well in the clinic.

This is a new way of thinking about stroke treatment. We believe, based on the evidence, that DMT can help the brain heal. And when you’ve had a stroke, and you end up with some type of deficit, cognitive, motor function, maybe you’re having trouble with your sight or hearing, the brain in the first four and a half weeks really tries to heal by creating new neural pathways around the damaged area, and DMT is showing that it helps that healing process, so it’s quite exciting.

Jim Gordon: And Christopher, can you talk about Algernon’s upcoming clinical trial?

Christopher Moreau: So Algernon is planning a phase one clinical trial. This is a trial that’s typically done in healthy patients. We are delivering an intravenous dose of DMT, we are not providing a psychedelic dose. That’s also an important part of our program. If you’ve had a stroke, you’ve had an injury, and it’s intuitive that you don’t want to be sending somebody on a psychedelic journey.

And in the preclinical data it’s showing that DMT is actually working in the brain on neuroplasticity at a sub-psychedelic dose. So we are going into phase one, not because we’re concerned about the safety of DMT. It’s been studied many times before, in many phase one trials, but we are providing 60 patients, half will be psychedelic experienced, half will be psychedelic naive, and we’re going to provide them an ascending dose up to the sub psychedelic level for six, twelve, and longer periods of time. That’s never been done before. This is informative for us and will help us as we plan our phase two trial.

Jim Gordon: Okay, and lastly, when do you estimate the company will be able to test DMT on real stroke patients?

Christopher Moreau: Well, so Algernon, being the first company in the world to actually investigate DMT for stroke, we talked a bit about phase one. Phase two is now where you get to treat patients that you’re intending to provide a therapeutic benefit to. And so, I would think that we could be in a phase two trial as early as next year. We will be focusing on those patients in the ICU who are under watchful waiting. They have no treatment options, and that’s where we’ll be able to provide them with DMT and a placebo and see how they do compared to the patients that are being treated. But in this case, the standard of care is no treatment at all. And so that’s probably where we’re going to focus.

Jim Gordon: Christopher, thanks for joining us.

Make sure to follow Algernon on social media for the latest news: