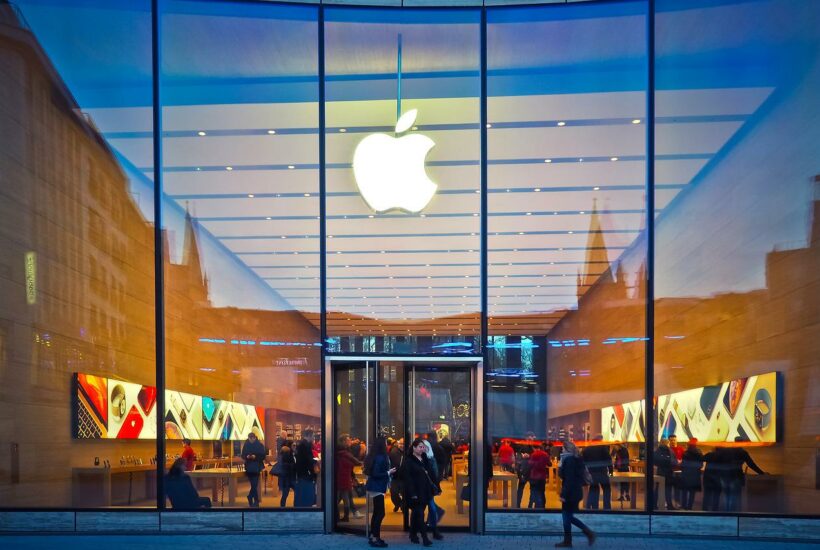 The startup, which raised $117 million (€115 million) in February, has been entrusted with managing all of the Apple brand’s split payment flows for the French territory, whether in the Apple Store or on the e-commerce site. This is very positive news for the fintech company, in a context where most fractional payment players are showing signs of difficulty.

In concrete terms, when paying for their purchases, rather than paying everything at once, consumers will be able to choose a formula with 4 or 24 monthly payments. This staggered payment plan (also known as “Buy Now Pay Later”, or BNPL) will not cost Apple’s customers anything extra, as Apple’s website indicates that it will pay Alma’s commissions.

Read more about the partnership between Apple and the French fintech company Alma, and find the latest financial news of the day with the Born2Invest mobile app.

Alma in the big league

When contacted, neither Apple nor Alma wished to comment on this partnership, which is officially operational since July 26th. On its website, it can however be seen that these new payment options concern most of Apple’s products, from iPhones to Apple Watch and iPad protection accessories. Computers, however, are excluded.

With this deal, the young Alma is asserting itself as a new major player in the French payment market. The fintech launched in 2018 emerged as the winner of the tender launched by Apple several months ago, according to a source close to the matter.

It managed to convince that its technology and product were superior to those of the traditional players in the sector, who still concentrate the extreme majority of the BNPL market in France. Until now, it was Sofinco, the consumer credit subsidiary of Crédit Agricole, which was in charge of the multiparty payments for Apple.

Sofinco is not the only historical player to have been burned. According to our information, the French startup has also landed a contract with Maisons du Monde, ending the partnership that bound the merchant to Cetelem, the “consumer credit” subsidiary of BNP Paribas.

The home furnishings retailer has a turnover of about 1 billion euros. “Alma had beautiful merchants until now. There they change dimension, says a source close to the fintech. It’s still a small one among the big guys, but they are clearly one of the big guys.”

The partnership with Apple is a very good deal for Alma

From a financial point of view, the contract with Apple could also take Alma to the next level. Every year, several million iPhones are sold in France (2.4 million between January and September 2021 according to GfK).

In the context of the rising cost of living, the Apple company seems to be banking on fractional payments as a marketing lever, given the price of its devices (over 1,000 euros for an iPhone 13). This is evidenced by the systematic promotion of these payment options in installments on the French website of the Californian manufacturer.

In addition, in the United States, Apple recently launched its own BNPL solution, after buying a credit scoring fintech. The regulatory constraints on credit have probably dissuaded it from trying to go it alone in France, especially since a new European law is being prepared.

First published in Les Echos, a third-party contributor translated and adapted the article from the original. In case of discrepancy, the original will prevail.