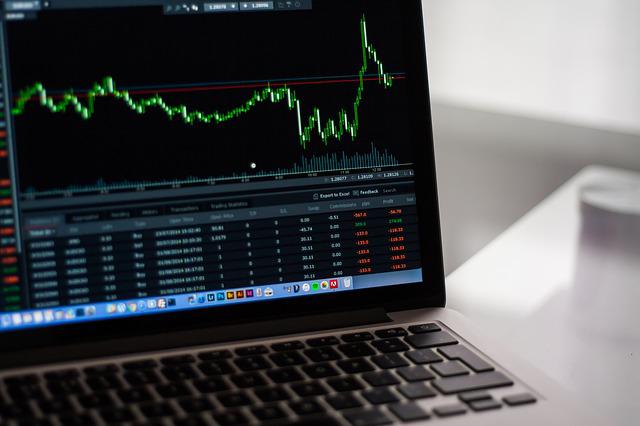 The press has been proclaiming a bear market since June 13, when losses on the world stock market exceeded the 20% barrier since the January highs. And while most are expecting further falls, there is a good case to be made for why this won’t be the case.

In particular, this pullback is driven by sentiment more than solid fundamentals. In addition, this correction’s unusual intensity and duration resulted from many fears, which only confused investors.

Still, it shares one crucial aspect with the bulk of bear markets: it seems to have sown what I have long called the pessimism of distrust, which is the foundation on which the trend is built.

Investors Are too Scared to Trust Good News

I have spent years explaining this idea. Every time there is a big drop, the pessimism of distrust takes over investors, who start to focus only on negative factors and, faced with good news, choose to ignore it or say that it will soon turn out to be bad. But it also turns anything short of a catastrophe into a positive surprise, fueling gains.

Currently, negativity invades everything. For example, the July Bank of America Fund Manager Survey put global growth expectations at record lows. And, according to the OECD, consumer confidence is at its lowest point since the May 2020 depression.

In addition, the headlines fatalistically warn of a possible energy recession in a Europe dependent on Russian gas (turned into a weapon of war). At the same time, the EU’s rationing measures irritate countries that, like Spain, do not depend on Russia.

On the other hand, there are some mixed signals that I call “yes, but…”:

Yes, China has reopened the economy after lockdowns in April and May…

But the resumption of restrictions in Wuhan and elsewhere means that These will soon become widespread.

Yes, the fear of a strong euro in 2021 has disappeared…

But now, the dollar appreciation threatens emerging markets and could trigger another financial crisis in Asia.

And yes, recession panic has set in…

But, for some reason, the markets haven’t priced it in yet.

This Behavior Is not an Outlier

None of this is outlier behavior. For example. in June 2020, pessimism of mistrust was rampant, and dire retrospective indicators were being spread, such as the 34.1% year-on-year drop in industrial production in Spain in April. That figure was the worst since the start of the series in 1976.

At the time, there was no hope in sight, and the typical pessimism of distrust reigned, paving the way for positive surprises and extraordinary returns. Indeed, the Ibex soared 36.1% between its low in March and the end of the year amid doubts and pessimism.

However, it is currently impossible to identify the bottom of the bag. Perhaps it was five weeks ago, or maybe it wasn’t. But, in any case, the pessimism of distrust makes its way while adverse events stoke panic. Although many fears are interrelated, as I said last month, at least eight coexist today: an unprecedented event until now.

Usually, bumps are the result of a few very worrying factors.

In 2020 it was the outbreak of the pandemic and the closures that followed.

At the end of 2018, the prelude to the global correction was the trade war between China and the United States.

Between 2015 and 2016, it was the devaluation of the Chinese currency and the collapse of raw materials.

And while it is true that the 2011 stock market contraction had several sources of concern, such as the debt crisis in Europe, the debate on the debt ceiling in the United States, and the possible hard landing of China, they all pale in the current combination of inflation, war, energy shortages, expensive oil, high interest rates, supply chain problems and political conflicts, among many others. So much so that the World Bank and IMF’s severe cuts to their global growth forecasts are seen as “too optimistic.” Likewise, when the Spanish government lowered its growth expectation for 2023 due to inflation, the press accused it of falling short.

The Gloom Paves the Way for a Strong Stock Market Rebound

The pervasive gloom linked to the pessimism of distrust paves the way for a rebound, though it commonly lingers after it. Remember, in 2020; many said that the market ignored the negative factors in the face of the recovery in equities.

SEE ALSO  Starting April 2017 IRS will collect past due taxes

Thus, after starting the good run on the stock market, GDP in the second quarter plummeted, consumption sank due to the resumption of restrictions, and sectors such as travel and airlines were experiencing difficulties. However, when the panorama cleared, the bags had already gone up. We cannot forget the setbacks of 2020, but with that situation, equities advanced, and they will do so now.

The Great Humiliator (that is, the stock market) is one of its best tools in the pessimism of distrust. With it, it separates many investors who, waiting for certainties, miss the increases. Don’t be fooled. Get ready for the rally.

First published in El Economista, a third-party contributor translated and adapted the article from the original. In case of discrepancy, the original will prevail.