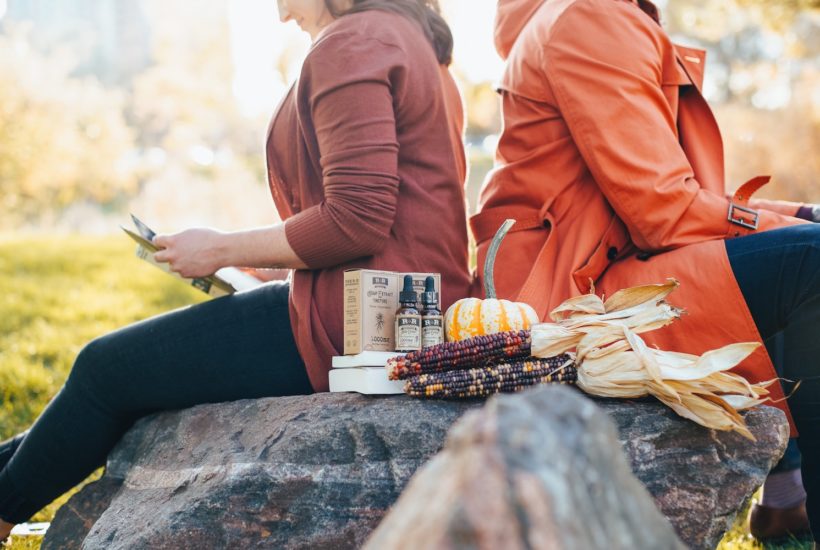 This Friday Conicet authorities will present a new space for testing cannabis oils in Buenos Aires. This service will enable doctors and their patients to understand what is actually in their cannabis & cbd. According to Télam, the new testing facility will be located at El Cruce Hospital in Florencio Varela.

The latest CBD & Cannabis updates are now at your fingertips, with notifications and fresh information offered by the CBD News App. Stay up-to-date with marijuana stocks for investments, global market, cannabis legalization and more. CBD News is a mobile app that focuses exclusively on CBD. It brings you the very latest news in the CBD industry.

The initiative is another step of the Conicet Cannabis Network and the expectation is to know if it will be offered in other institutes of the country that have the equipment to do it. At Coniciet Rosario, its deputy director, Cristina Carrillo admitted to El Ciudadano that it would not be necessary since there is one in operation at UNR. For years the oil bottles started to move in the houses of Argentina, and not only for patients with epilepsy or neurological problems. They reached out to grandparents and how many people felt it would be good for them. Some people would first consult a doctor.

One of the problems is getting it done: the laws that enable the cannabis medical use in Argentina left a few roads to get the oil. It only arrives from outside in exchange for dollars and prior authorization from Nación. For many, the alternative was to plant cannabis and harvest it at home, even though they knew of the danger and persecution of Justice. Also, since it was not a product manufactured on an industrial scale, few knew what homemade oils have and if it could help them with their pain.

Oil testing in Santa Fe began at UNR between 2016 and 2017. The place: the Unit of Optimization of Pharmacotherapy (UOF) of the Faculty of Biochemistry, where they had begun to receive people who wanted to know if taking cannabis oil could alter the rest of the pills they took. That group of scientists were used to studying how the remedies co-worked inside the body, but they had never had such a demand.

The Dean of Biochemistry, Esteban Serra, set up an outreach program to test the oils and thus give back to those who used them the detail of what they were taking so that a doctor could define a safe and effective treatment. It lasted 18 months and the samples arrived thanks to the associations Arec, Aupac and the Maria Victoria Foundation, which assist people in treatment and information about cannabis in Rosario. In that time they discovered that 8 percent of the 473 samples were almost free of THC and CBD, two of the plant’s most well-known components and still undergoing analysis for potential medical uses.

After the extension project, the UNR took the program as stable but tariffed it. They took the 9th-floor room of the Centenario Hospital (Urquiza 3101) as their headquarters to receive the samples. Due to the cost and necessity, the province signed an agreement in December to pay 100 tests to mothers of boys and girls in the city of Santa Fe who suffer from different diseases and where no equipment was provided for the tests.

The tube and the instructions that guarantee anonymity can be found at the Centenario Hospital from Monday to Friday from 8 to 12. The sample can be presented at the same place on the first and second Friday of each month at the same time. Once a month the authorities of the Chromatography and Mass Spectrometry Laboratory of the UOF analyze the samples that arrive. The result is sent to the user’s e-mail address within a week.

In addition to the test, those doing the analysis can complete a questionnaire to find out what type of demand-led them to produce or buy the oil. From the Faculty, they suggest explaining if they acquired it in the formal or informal market and if it is their own or from third parties. Also if they know the variety of the plant from which it was extracted, the reasons for consumption and the number of drops used per day.

They also want to know the method of extraction and if the person is advised by a health professional. The Faculty, committed to research into the medicinal, therapeutic or palliative use of pain, has created a space for consultations and information within its website.

SEE ALSO  What corporate innovation will look like in 2020

This Friday the last one to join will be the Universidad Nacional Arturo Jaureche through the Hospital El Cruce and Conicet. Cannabis oil testing will be added to the list of STAN, the High-Level Technological Services.

In all Conicet institutes, including those in Santa Fe, the STANs are open to the community but have a price tag. “They are activities such as testing, analysis and even institutional advice and consultancy that any institution or company can request. How the equipment and reagents of the institute are used is charged,” explained from Conicet.

First published in EL CIUDADANO, a third-party contributor translated and adapted the article from the original. In case of discrepancy, the original will prevail.