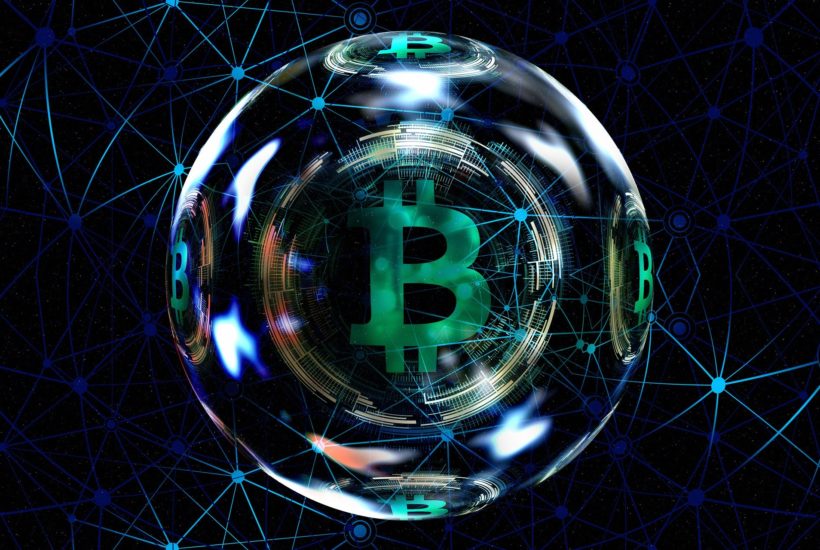 Bitcoin hash rate is currently experiencing one of the biggest slumps in its history. According to data from Blockchain.com, the BTC hash rate has dropped from a maximum of 136.2 EH/s to currently 75.7 EH/s. This is a slump of about 44.4% within a single month.

Download for free our companion app Born2Invest and be the first to find the latest finance news and the most significant updates from the crypto sector.

The Bitcoin hash rate is based on estimates

The current world is in the middle of a financial crisis and Bitcoin has not been spared. A few weeks ago, Bitcoin experienced one of the biggest price slumps in its history. However, in the meantime, the decentralized asset has been able to recover from the turbulences and panic in the markets. While the price is slowly rising again, the Bitcoin hash rate seems to continue to suffer.

In order to understand the data on the various Bitcoin Blockchain Explorers, let’s first look at how the hash rate is actually composed. The Bitcoin hash rate is only an estimate that can be calculated based on the current difficulty, the theoretical average time of 10 minutes and the actual time needed to find a block. While all three components can be transparently understood, the time actually required is variable. From these three components, in turn, the estimate for the underlying performance of the network – the hash rate – is derived.

At this point, it may also be interesting to understand how the difficulty of finding a block adapts. In Bitcoin, the difficulty is that a block is found on average every 10 minutes. This means that you could put an infinite amount of energy into mining and still only find a block every 10 minutes on average. This is a natural mechanism in the BTC network that constantly adapts itself to external conditions. The adaptation itself takes place every 2016 blocks (approx. every 2 weeks). The adjustment itself is done by adapting the difficulty of the underlying mathematical problem that needs to be solved.

SEE ALSO  Why the markets don't care about the news

So if the Bitcoin hash rate suddenly collapses, the remaining miners still have to continue mining with the same difficulty. Thus, until the next difficulty adjustment, the blocks are found more slowly. One deviates from the 10 minutes upwards. On March 26th, the adjustment finally came. The difficulty was corrected around 16% downward. That not only makes mining easier for existing miners but also motivates new miners to switch on their hardware again.

To get a feel for whether the network is secure or insecure, a look back to December 2017 is only needed. Back then, the Bitcoin exchange rate reached its all-time high of $20,000. The hash rate at that time was 14 EH/s. So it was about 14% of the current value. Was the network insecure back then? Were there more attempts to take over the network? Were the attempts successful? All these questions can be answered with a clear “No”.

It would be much more logical to say that Bitcoin has currently increased its security by almost 7 times since the end of 2017. That means that there is still an extremely large amount of room to maneuver before even thinking about the security issue. Even the upcoming Bitcoin Halving will not change the basic security. Moreover, even with an expected further 50% drop in the hash rate, the security will still be 3-4 times it was at the end of 2017.