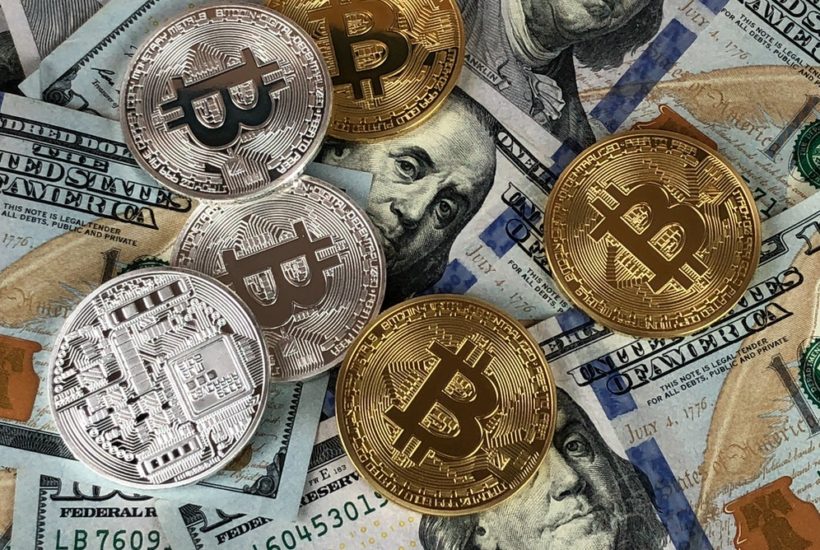 The current volatility in the price of Bitcoin may be due to a tug-of-war between F2Pool selling and Grayscale buying.

The price of Bitcoin (BTC) fell to a low of $28,950 on January 22nd. Blamed for this, among others, are miners who likely sold large amounts of their holdings. Fortunately, however, large buyers ensured that the slump was minimal and the Bitcoin price corrected back up just as quickly.

In support of these statements is the fact that according to data from the on-chain resource CryptoQuant, there have been huge outflows from mining pools in recent days. That, in turn, caused the price of bitcoin to decrease by 20% within a week.

Find more details about the course of Bitcoin and other interesting news from the crypto sector with our companion app. Born2Invest mobile app is available for free for both Android and iOS devices and brings you the most important financial news in the world, so you can stay on top of the market.

From January 15th, in particular, the amount of bitcoin outflows from F2Pool, currently the largest mining pool with about 15% of the total hash rate, started to increase. By January 17th, daily sales reached an amount of 10,000 BTC ($313 million) and continued for three consecutive days before returning to normal levels.

F2Pool appears to be responsible for the vast majority of BTC outflows in the market. This does not necessarily mean that miners sold bitcoin on the open market, but simply that they moved the mined BTC out of their original wallet.

Regardless of the pool’s motives, the numbers form a welcome possible explanation for what may have caused the sudden Bitcoin price collapse this week. Previously, theories such as the Stablecoin Tether (USDT) controversy as well as a recovering dollar were touted as the cause of the downward volatility.

Meanwhile, bitcoin exchange balances have remained steady throughout January. In contrast, since the summer of 2019, the general trend has been for more and more BTC to be taken off exchanges.

Should potential F2Pool sales have formed a large glut of new BTC offerings on the market, it’s likely that one buyer in particular scooped them up pretty quickly.

Asset management giant Grayscale added eye-popping amounts to its assets under management this week, which may have kept the bitcoin price from sliding into even lower regions.

The company’s recently released Q4 2020 report, in which Grayscale writes that institutions supplied 93% of its inflows, reinforces the idea that it is the main buyer of any free BTC supply.

(Featured image by DavidMcBee via Pexels)