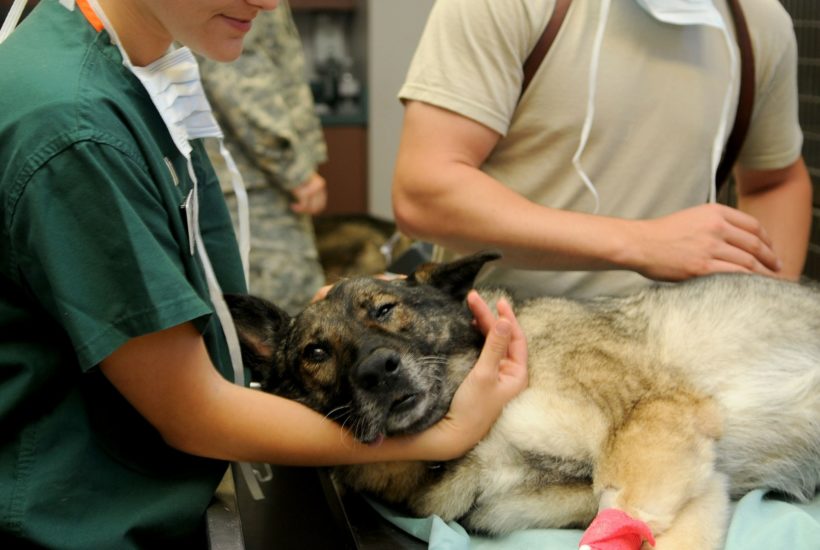 Veterinarian Erik Amazonas, professor at the Federal University of Santa Catarina (UFSC), is one of the main researchers and promoters of Cannabinoid Veterinary Medicine in Brazil.

He teaches the pioneering discipline of endocrinology at UFSC and recently helped bring to Florianopolis the 1st International Symposium on the subject, a meeting that brought together several professionals from the U.S. on the Island of Magic.

However, as Brazil advances in medical cannabis for human use, for animals, the subject has never evolved. That’s why Amazonas decided to start a national campaign for this regulation. In November, he presented a manifesto to the Regional Council of Veterinary Medicine of SC today has the support of the entity.

The latest CBD & Cannabis updates are now at your fingertips, with notifications and fresh information offered by our companion CBD News App. Stay up-to-date with marijuana stocks for investments, global market, cannabis legalization and more.

Regulation for cannabis use in animals

The veterinarian has already submitted a legislative petition in the Federal Senate asking for an “adequate regulation for the use of cannabinoids in animals, based on the scientific principles, and of the veterinary ethics code, aiming at the development of the Cannabinoid Veterinary Medicine in Brazil.”

If the petition receives 200,000 signatures, the idea will become a Legislative Suggestion, and from then on it will be debated by Senators. In October, a Legislative Suggestion (06/16) that provided for “a comprehensive regulatory standard for medicinal cannabis and industrial hemp in Brazil” became a Bill (5295/19) and is already under discussion in the House. Erik hopes the same will happen with his proposal.

According to the professor, the Ministry of Agriculture, which is the one that regulates the Veterinary in the country, is dismissive about the subject. The Anvisa, in the regulation approved in December, did not include the veterinary use as part of the document.

Can animals also be treated with cannabis?

There are several studies that would be pre-clinical from the human point of view, but that extrapolate directly for clinical use for animal treatments. The problem is that many veterinarians are reluctant to try new treatments as they have yet to make this connection and believe that not enough studies have been undertaken to prove that cannabis is safe for animals. In many ways the reality is the opposite.

What is the risk of THC poisoning in domestic animals?

In veterinary medicine, Erik Amazonas has had better experiences with THC-rich oils than CBD. In his opinion the most effect treatment for various animals is an oil that has 50×1 THCxCBD. One specific case is Yara, who is using 2.5 mg/ml THC and Amazonas has seen no side effects.

Most of the feedback the vet receives is positive. Many of the animals recover to the point they were before the disease and as far as Amazonas can discern there has been no damage to the animal in question.

SEE ALSO  Fall has started—so should your travel plans

Despite promising signs it is likely that more studies need to be undertaken before vets are willing to take the dive and test cancer based treatments for animals in the near future.