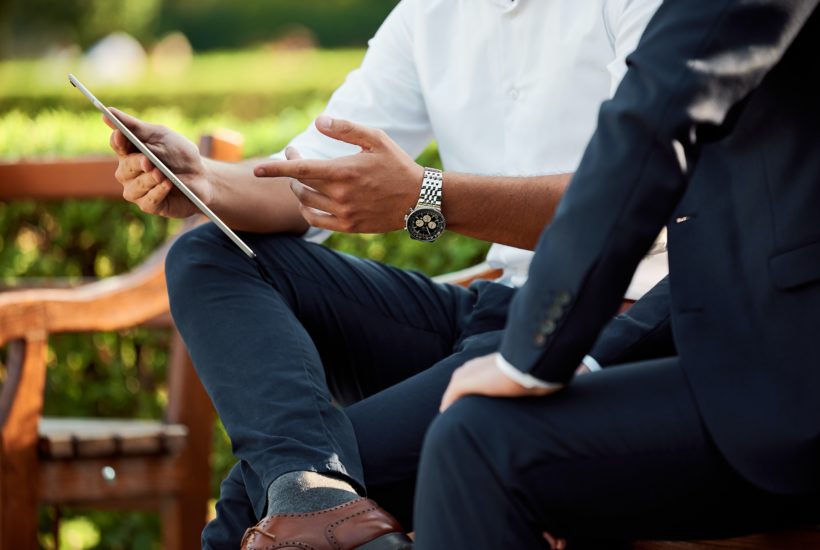 German private equity firm Bregal Milestone has put up $116 million (€100 million) to acquire a 16.09% stake in InfoCert, Italian market leader in digitization and dematerialization services and one of the main Certification Authorities at the European level for certified e-mail services, digital signature, and digital storage of documents.

Bregal Milestone, which invests in growth capital for tech companies in Europe and since May 2019 has had in its portfolio the Italian company Epipoli, will thus join in the capital of InfoCert Tinexta spa, among the leading operators in Italy in digital security services (Digital trust), credit information and management (Credit Information & Management) and services for international marketing (Sales & Marketing Solutions), listed on the STAR segment Piazza Affari.

In detail, the operation provides for investment by Bregal Milestone of $116 million (€100 million), of which $81.2 million (€70 million) at closing and $35 million (€30 million) by the end of the year for the subscription of a dedicated capital increase up to a total share of 16.09% of InfoCert’s capital. The agreements also provide for the possibility for Bregal Milestone to further increase its stake, again within the next 12 months from the closing, up to a maximum percentage of InfoCert’s capital of 19.95%, with a total investment of $150.8 million (€130 million).

InfoCert shares owned by Bregal Milestone and Tinexta will not be transferable for a period of three years from the date of the signing unless the transfer is in favor of wholly-owned subsidiaries. InfoCert’s governance will remain the expression of the majority shareholder Tinexta, while Bregal Milestone will be represented by two directors within InfoCert’s eleven-member Board of Directors.

The strategic and patrimonial strengthening deriving from the operation will allow InfoCert to accelerate the internationalization path already started with the acquisition of Camerfirma and LuxTrust, more recently with the acquisition of CertEurope (whose closing has been signed two days ago) and Authada. The support of a global partner such as Bregal Milestone, which has specific know-how in the technology sector and an extensive network of companies in Europe, will allow seizing the opportunities arising from the consolidation process of the Digital Trust sector, which has seen an acceleration with the entry into force of the eIDAS regulation.

Enrico Salza, president of Tinexta, and Pier Andrea Chevallard, CEO, commented: “We are pleased that Bregal Milestone has grasped the growth potential of InfoCert and we believe that the choice of Bregal Milestone fits positively into the growth framework of Tinexta’s activities in Digital Trust. The consolidated experience of our partner in accompanying companies in the realization of international development plans is in fact very favorably inserted in the progressive affirmation of InfoCert as a leading operator in Europe.”

The CEO of InfoCert, Danilo Cattaneo, added: “The Digital Trust sector in Europe is going through a very important phase of evolution, with high growth rates in the presence of a multiplicity of operators, and is characterized by the opportunity to achieve economies of scale given the recent regulatory standardization at EU level. Since its entry into force, the eIDAS (electronic IDentification Authentication and Signature) regulation has, in fact, had the merit of providing a regulatory basis at Community level, which has generated an acceleration in the consolidation of the sector. This is a crucial moment, in which the partnership with Bregal Milestone will allow InfoCert to accelerate its strategic path, consolidating itself as a leading operator in Digital Trust at European level”.

On that occasion, Tecno Holding, the holding company of the main national Chambers of Commerce, had dropped from 100% to 78.86%. Subsequently in 2016 Tecno Holding had sold 22% of the capital with an accelerated bookbuilding operation, again at 3.40 per share, thus remaining at 56.86%, and on that occasion, the Quaestio Italian Growth Fund managed by Quaestio Capital Management sgr had entered the capital. Tecno Holding and Quaestio had then subscribed pro-quota the capital increase of Tecnoinvestments of $58 million (€50 million). Tinexta then moved to the Star and conducted a series of acquisitions, including the most important one in October 2020, when it took over 70% of the Corvallis business unit, which deals with IT and R&D and weighs about $59 million (€51 million) on the Padua-based company’s total production value $162 million (€140 million) pro-forma in 2019.

Philippe Lautenberg, co-founder and managing partner of Bregal Milestone said: “The European Digital Trust sector is going through a very important evolution phase and is characterized by a strong structural growth, further accelerated by the necessary digitalization process that is characterizing all economic sectors. InfoCert is a leading player in the market, offering innovative and best-in-class solutions, and enjoys a very strong reputation. We have been extremely impressed by the growth and results achieved by the company, as a result of the vision and expertise of the management team led by Danilo. This is our second investment in Italy.”

Francesco Canessa, principal of Bregal Milestone added: “We are very proud to partner with Tinexta and support InfoCert in the pursuit of its leadership objective by complementing the strong track record of organic growth with strategic acquisitions in key markets by leveraging our platform.”

In the last three years, Bregal Milestone has concluded eleven investments in eight different European countries, in addition to eleven strategic acquisitions completed by portfolio companies. The Bregal Milestone platform is part of the Bregal Investments group, which today boasts $12 billion in assets under management, distributed among various strategies. In addition to Bregal Milestone, the platform counts Bregal Sagemount (flexible capital for leading companies in high-growth sectors), Bregal Partners (mid-market private equity in North America), Bregal Energy (mid-market investments in the energy and renewables sectors), Bregal Private Equity Partners (co-investment and secondary private equity funds) and Bregal Unternehmerkapital (mid-market private equity operator, with a focus on the DACH region, but which in early October closed its first transaction in Italy, acquiring a majority stake in Safety21, a leading Italian software provider in the smart road and smart city sectors, taking it over from founder Gianluca Longo and HAT sgr.

(Featured image by Medienstürmer via Unsplash)