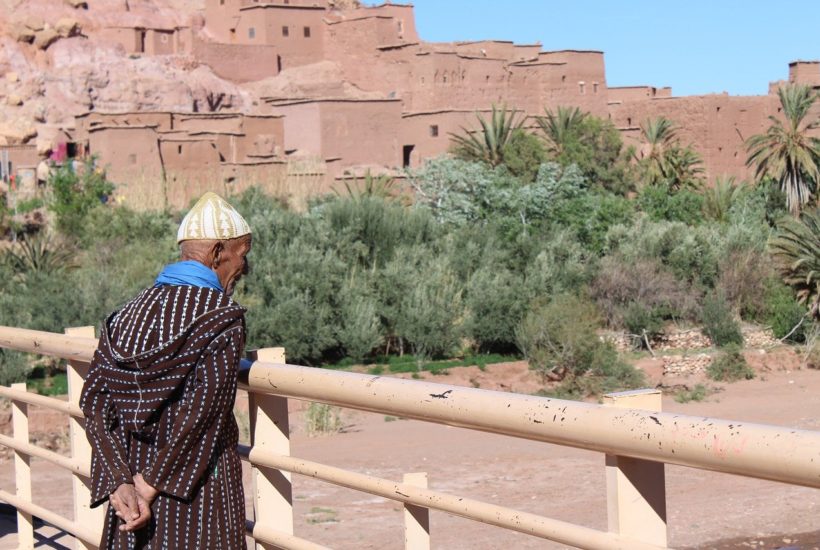 Strengthening programs for vulnerable rural and mountainous areas in Morocco will be one of the major economic and social issues that the government will have to address next year. In addition, a dedicated mechanism was approved by parliamentarians when they passed the 2021 Finance Act.

The regional councils are currently drawing up their action plans, based on the data provided by the government in the Finance Act. These roadmaps will be discussed as soon as possible by the National Commission for the Development of Rural and Mountainous Areas. The pandemic has forced project implementers to revise the initial allocations downwards in order to be able to complete the projects within the predefined timeframes. Government statistics indicate that the total allocations for rural development projects reached, between 2017 and October 2020, more than $1.25 million (11.2 MMDH).

During the year 2021, the budget envelope that will be allocated to projects in rural and mountainous areas should reach $730,000 (6.6 MMDH), of which $234,000 (2.1 MMDH) will be financed by the Rural Development Fund, with a contribution from the ministerial departments represented in the fund.

During the first ten months of the year, $109 million (980 MMDH) were released, knowing that the year 2019 has recorded a record threshold of $380,000 (3.4 MMDH) allocated to projects financed by this organization, which is crucial in the implementation of projects decided at the local level. The project map indicates that a network of more than 10,000 km of rural roads has been developed and 434 villages have been connected to the electricity grid, in addition to the construction of 1,198 schools in the targeted areas.

At the moment, the program dedicated to combating the effects of cold waves has been made a priority within the actions carried out annually to support local residents and help them cope with harsh weather conditions. The national plan, which extends to 2025, remains a major tool for the generalization of health services, with a roadmap that introduces an increase in allocations to the sector. Between 2016 and 2019, this budget rose to more than $1.82 million (16.3 MMDH), marking an increase of 16%. Government data points to an acceleration in the rate of opening of local hospitals, as well as the finalization of measures to requalify operational structures, mainly mobile health units. The government plans to increase the rate of access to public physician services from the current 60% to 100% by 2021. In developing its approach, the government explains that it has favored a spatial orientation in rural development, as well as the adoption of a strategy based on convergence.

Indeed, the debate on the impact of the national rural roads program is also on the agenda. Several avenues have been identified to improve future interventions in the vast project of opening up hard-to-reach areas. The main observations drawn up on this subject by the deputies concern the revision of the conditions required to benefit from the projects, the absence of maintenance and greater involvement of the communes. Another key data: the rural population is close to 40%, with more than 13.4 million people. 85% of the rural roads programmed have been completed, while 10.2% of the roads planned under the national program are in the process of being completed. On the other hand, the situation seems to be problematic for several sections, i.e. 600 km of rural roads that have not yet been completed.

The pandemic aggravates the deterioration of the mountain environment

The celebration of International Mountain Day enabled the Food and Agriculture Organization of the United Nations (FAO) to draw up a series of recommendations to highlight the impact of public policies on difficult areas. According to a study conducted by the FAO and its partners, the number of mountain people exposed to food insecurity in developing countries is on the rise, from 243 million in 2000 to nearly 350 million in 2017. “This statistic means that one out of every two people living in rural mountain areas in developing countries was likely not to have enough food to lead a healthy life, even before the Covid-19 pandemic struck,” FAO said.

Restrictions related to the health crisis have increased the vulnerability of mountain communities, which depend on agriculture, tourism and remittances to meet their needs, the same source adds. UN officials emphasize efforts to strengthen the resilience of mountain ecosystems by preventing soil erosion and conserving grasslands and forests, which “can help protect not only biodiversity but also downstream populations by reducing the risk of landslides and flash floods.

Finally, mountain regions must be an integral part of the digital transformation, which is driven by the urgent need to bridge the gap between rural and urban areas and reduce regional disparities. The FAO highlights the need to “accelerate job creation and economic diversification in rural areas, promote agritourism and improve farmers’ incomes and living conditions”. With this in mind, FAO is currently launching the “1,000 Digital Villages” initiative, which aims to build resilience, diversify income and revitalize rural areas through digital technologies, including e-commerce and the promotion of rural tourism through innovative methods.

(Featured image by Manuelmanteiga via Pixabay)