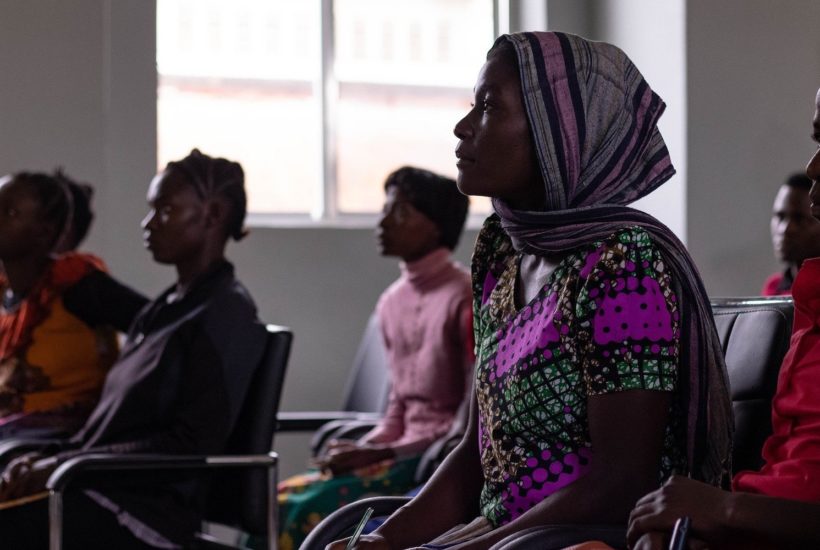 The National Fund for Inclusive Finance (FONAFI), whose objective is to enable social strata excluded from the conventional financial system to have access to basic financial services to increase their income, is to be implemented for four years. Indeed, starting in 2019, with the important 2019-2021 stage of the National Strategy for Inclusive Finance (SNFI), the implementation of FONAFI extends to 2023 and plans to reach approximately 1,032,000 people, 60% of whom will be women.

According to the Minister of the Economy, Finance and Development, Lassané Kaboré, FONAFI marks the operationalization of the Project for the Promotion of Inclusive Finance for Access to Financial Services for Low-Income Populations in Burkina Faso (PPFIB), which is a project worth about $80 million (44 billion FCFA). The main targets are women in rural and semi-urban areas, groups of farmers, fattening herders, small traders, micro and very small enterprises in urban and rural areas, and manufacturers and processors of local products.

The Minister added that, in the long term, the project aims to strengthen the capacities of the Decentralized Financial Systems (DFS) and facilitate their refinancing by banks, reach 1,032,000 beneficiaries, train 500,000 beneficiaries in financial education, and create and consolidate 7,500 micro and very small enterprises that will generate about 20,000 jobs.

The President of Faso, Roch Marc Christian Kaboré, said that FONAFI will contribute to achieving the overall objective of the National Strategy for Inclusive Finance, which is “to increase to 75% by 2023 the proportion of the adult population of Burkina Faso with access to and use of affordable and adapted financial products and services.”

Read the most important economic news in the world and find more about the newly launched National Fund for inclusive finance in Burkina Faso with the Born2invest mobile app.

According to the Permanent Secretary of Microfinance, Wango Fidèle Yaméogo, the “faire-faire” strategy will be used in the implementation of the PPFIB. He explained that it is a direct support from FONAFI to microfinance structures in order to reach the beneficiaries. The objective, according to him, is to promote access to financing under very flexible conditions, such as the reduction of interest rates on loans.

At the level of financial institutions as a whole, he emphasized, institutions lend at rates of around 18% or even 24%, which are quite high for certain categories of the population. “With the WADB, the State has agreed with partner microfinance structures to reduce these rates to around 8 to 9%” he informed. He also said that in addition to the national financing funds, the partnership is concluded with sixteen microfinance institutions.

During the launch of FONAFI, about eight microfinance structures have received checks ranging from $271,200 (150 million FCFA) to $1.8 million (1 billion CFAF). Microfinance FINEC SA, which covers the entire national territory, received the largest check of $1.8 million (1 billion FCFA). According to its Chairman of the Board of Directors, Rigobert Ouédraogo, beneficiaries must propose controlled and understandable projects and agree to receive the necessary support to ensure that the resources are used appropriately. “We will apply zero tolerance in terms of reimbursement,” he said.

Burkina Faso’s financial sector, although strong, has not yet been able to fill the need

According to the President of the Professional Association of Banks and Financial Institutions of Burkina (APBEF-BF), Martial Goeh Akue, the financial sector in Burkina is currently dynamic, resilient and wealth-creating. The banking sector is composed of 19 credit institutions with 321 branches and 565 ATMs, the microfinance sector is composed of 134 SFD and supports about 1.5 million people in Burkina Faso. These sectors are complementary, he said, since banks refinance the microfinance sector.

This is why, he insisted, the establishment of FONAFI makes it possible to create synergy for the financing of the economy as a whole. The rate of bancarization in the broadest sense and the rate of access to financial services, which were 15% and 13% respectively in 2010, rose from 49% and 38% between 2017 and 2018.

However, the need is far from being met. For the president of APBEF-BF, Martial Goeh Akue, at the macroeconomic level the financing of large companies is very easy. That of SMEs has started to take off better at the regional level. On the other hand, at the microeconomic level there is still a gap to fill. This gap needs to be filled by a financial sector that includes banks, SFDs, national funds and all financial technologies.

SEE ALSO  Essential format components to include in your newsletter

“FONAFI appears today as a catalyst for economic development. This is why the banking sector is committed to supporting FONAFI. Support that does not stop at financing or refinancing but extends to the strategic plan,” concludes Martial Goeh Akue.

(Featured image by erinbetzk via Pixabay)