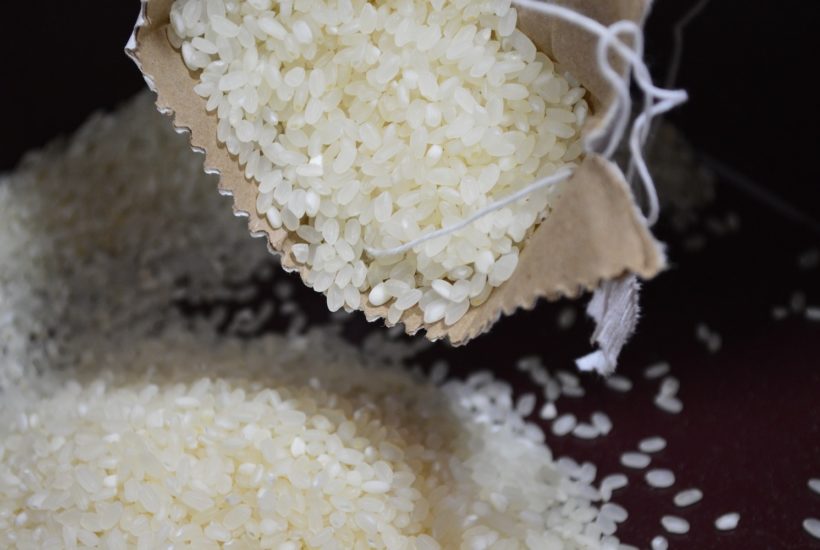 Find out more about the food donation from ECOWAS that Burkina Faso has received and read the latest economic news with the Born2Invest mobile app.

ECOWAS wants to help the affected population of Burkina Faso

Helping the most vulnerable households cope with multiple crises while preserving their livelihoods. This is what motivated ECOWAS to support this segment of the Burkinabe population. A total of 954 tons of rice was donated by the benefactor.

“The ceremony that brought us together this afternoon was an opportunity for us as the government of Burkina Faso to receive a donation of more than 900 tons of cereals from ECOWAS, which by this gesture wanted to express its solidarity with the people of Burkina Faso, especially the most vulnerable populations. In addition to its personal action, ECOWAS has been supported in part by the European Union, which has also accompanied us through this sub-regional organization,” said the Minister for African Integration.

This act did not leave Minister Paul Robert Tiendrébéogo indifferent: “On behalf of the President of Faso, the government and my colleague from agriculture, I would like to sincerely thank this sub-regional organization which once again shows that we were not wrong to decide to move towards the peoples’ ECOWAS.”

Recalling that ECOWAS is commemorating its 45th anniversary this year under the theme of solidarity with peoples, he associated his thanks to the EU, which through this act of support to ECOWAS has reaffirmed its commitment to support the people of Burkina Faso.

ECOWAS offers its support to all member countries

The Heads of State and Government of the ECOWAS member countries are aiming for an ECOWAS of peoples as opposed to an ECOWAS of states, which has existed since 1975. “When COVID-19 created all the difficulties that we know, including food shortages, it is quite normal that ECOWAS does what it can. The gesture we have just made today, the same thing is also taking place in Mali, Niger, and Nigeria to support the populations made vulnerable in terms of food by COVID-19,” suggested the resident representative of the ECOWAS commission, Tiène Coulibaly.

He also gave details about some actions carried out by this organization in the framework of the response against COVID-19. According to him, a few days ago, he and the Minister of Women’s Affairs handed out cheques to young girls and women to help them become independent. In addition to that, he continued, ECOWAS has made computer equipment available to the services.

“Faced with the various food crises that have affected the West African and Sahel region, including Burkina Faso, the EU, in consultation with ECOWAS, has brought in regional food security stocks through the ECOWAS project funded by the European Union to the tune of $65.6 million (€56 million). It is within the framework of this cooperation that the EU has agreed to mobilize $2.58 million (€2.2 million), which was the contingency for this program, i.e. more than CFAF 1 billion, to help the countries affected by these crises, in particular Nigeria, Niger, whose cereals were officially handed over today, Burkina Faso and Mali,” said the West Africa food security program officer, Amadou Hebie.

He expressed his thanks to ECOWAS, which has worked in cooperation with the government of Burkina Faso to mobilize food for vulnerable households, especially internally displaced persons who suffer from several consequences including the food crisis.

As a reminder, within the framework of the fight against terrorism, the ECOWAS Heads of State and Government adopted an action plan in Abuja on December 21st, 2019. This action plan for the first year has a cost of more than $2 billion. The contribution of African States amounts to $1 billion.

(Featured image by lightluna94 via Pixabay)