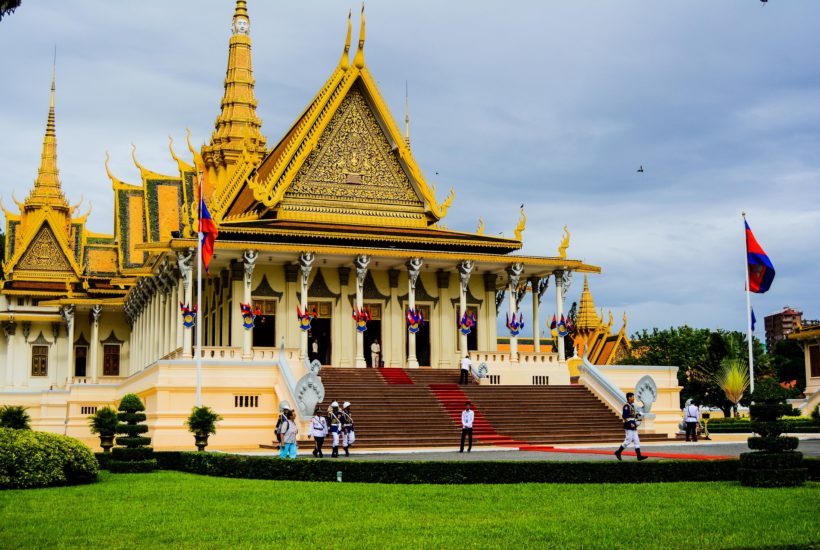 Siri Chea, Chairman of the Board of the Central Bank of Cambodia, announced that, after four years of developing a digital platform based on distributed registry technology, the country intends to fundamentally change the role of the U.S. dollar, both domestically and in relationships with its trading partners.

For free access to the latest economic headlines in the world, download our companion app. Born2Invest mobile app makes it easy for you to keep informed, to intuitively move from story to story, and from section to section. Our clean design lets you read articles without clutter, and use the app with no limits on how many articles you can view.

92% of all transactions in Cambodia are conducted in U.S. dollars

The fact is that despite a stable exchange rate of the national currency, real estate, positive GDP dynamics, and low price growth, most of the financial system, both domestically and internationally, is tied to transactions in U.S. dollars. 92% of all transactions of economic entities in Cambodia are conducted in this currency.

Chea is sure that the transition to calculations in stablecoins, which are tied to the riels, will lead to a decrease in the role of the U.S. dollar. He also thinks that partners of Cambodia will begin to use convenient local digital currencies on the blockchain.

Malaysia, in particular, employs more than 30,000 Cambodian citizens, which means that they will be transferring funds home in stacks, thus saving on commissions, which can now reach 30% of the transfer amount. Taking into account the fact that $100 is about 400,000 riels, the regulator decided not to resort to denomination, but to facilitate the circulation of local currency to encourage its use on the blockchain platform.

SEE ALSO  How to keep people on your website longer

The European Union might also launch its own stable coin

The European Union is also thinking about launching its own euro-based stable coin. If we look at the experience of Cambodia and remember that Brussels is dissatisfied with the fact that it settles accounts with trading partners largely in U.S. dollars, rather than the euro, the launch of such a common European currency is only a matter of time. So what prevents the EU from accelerating? As one of the members of the Executive Committee of the European Central Bank (ECB), Yves Merch, stated: “We want to be prepared to move very quickly to a political decision [on the launch of the digital euro], if necessary.”

The U.S. dollar is becoming increasingly competitive, given that China and Sweden are actively working on their stable coin projects. For the U.S. currency, private projects, such as Gram tokens, could pose significant risks of losing its dominant position in the world. However, as the managing partner of Pantera Capital, Dr. Stephen Waterhouse stated: “The U.S. government will not allow some independent startups to create a ‘challenge’ to the U.S. dollar.”

And that’s why, through the New York court, the federal department of the SEC, which is responsible for the circulation of securities, forced Pavel Durov on May 12th to announce that the TON blockchain project and Gram tokens closed without going out into public space.

(Featured image by thaipham via Pixabay)