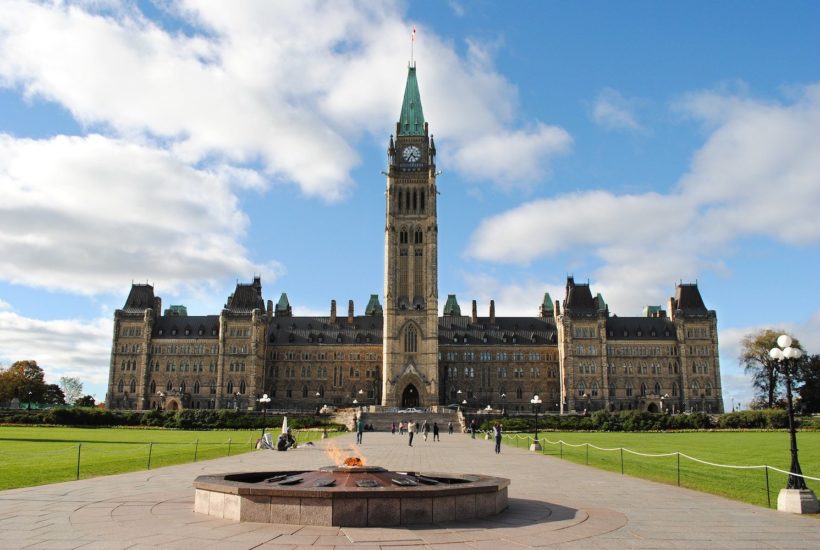 Jamaica’s Minister of Trade and Industry plans to file a formal complaint to the Government of Canada for refusing to allow commercial imports of cannabis to the country, while at the same time exporting cannabis to almost every continent in the world.

About two years ago, Cannabis Magazine first revealed the Canadian Ministry of Health’s decision not to allow commercial imports of cannabis into the country. The decision was made in response to the magazine’s request amid reports by Israeli companies about agreements for the expected export of cannabis to Canada.

Read the most important cannabis news and the latest changes in the cannabis sector with the Hemp.im mobile app, available for free.

This policy of the Canadian Ministry of Health, according to which medical cannabis can not be imported into Canada at all commercially, is now leading to official allegations against the Government of Canada and public doubts that it may be in breach of procedures or allegedly violate international trade regulations.

“The Canadian government’s refusal to allow the commercial import of cannabis is hurting investors,” Jamaica’s Commerce and Industry Minister Audley Shaw told MJBizDaily. He said the Jamaican government even intended to lodge a formal complaint with the Canadian government over the “unfortunate policy, which deserves to be re-examined.”

The reason for Canada’s ban on importing cannabis into its territory has never been officially announced. However, it is assumed that it is simply a Canadian interest to keep the local industry flourishing and prevent competition from abroad that would harm local cannabis companies.

Not only Jamaicans, but also Colombians are angry about the situation

“They (Canada) do not respect international trade practices,” said a director of a Colombian cannabis company who preferred to remain anonymous. He said “You can not approve export and not approve import. Our products are pharma and cheaper than Canada’s. The patients want them and there is no reason not to confirm it. “

Even in the Canadian cannabis industry itself there are those who are angry about the embargo on importing cannabis to Canada. Industry executives and investors argue that the ban on imports creates an unfair market vis-à-vis the powerful manufacturers in Canada and constitutes a direct harm even to Canadian patients who they claim are barred from cheaper alternatives from abroad.

On the other hand, George Smitherman, CEO of the Canadian Cannabis Council – an institution based in Ottawa that represents licensed cannabis producers – claimed that “we are in favor of initiatives that preserve the existing market for Canadian players already invested in the industry.”

According to Smitherman, “If there is one thing that Canada does not lack, it is expertise in regulation and growing under stringent conditions in order to provide quality medical cannabis to our patients. Therefore, one does not have to be very smart to understand that there is no need to import, and it is not surprising that we export, since we are the leading country with a significant advantage in knowledge in the cultivation and production of medical cannabis.”

Canada has no problem exporting, and it does so in a big way

According to official data released by the Canadian Ministry of Health in 2019 alone, Canada exported 3,740 kg of cannabis inflorescences, mainly to Germany, and 5,000 liters of cannabis oil.

In 2020 the export figures from Canada are even higher. According to a study by Cannabis Magazine, Canada exported over 2.5 tons of cannabis inflorescences to Israel alone this year. Along with a corresponding increase in exports to Germany, this is a doubling or even a tripling of Canadian export data by the end of the year.

In Israel, the situation is exactly the opposite: the export of cannabis is forbidden, but the import is allowed. The principal permit for the import of cannabis was issued towards the end of 2019 following the initiative of Cannabis Magazine, for the purpose of resolving the severe shortage in which the Israeli cannabis market found itself.

In January 2020, the first import arrived on a flight from Portugal to Israel, and since then, in about six months, Israel has overtaken Germany and is currently leading the table of the largest cannabis importers in the world, having already imported about 8 tons. According to the current import rate, Israel will increase its import data even further by the end of 2020.

(Featured image by festivio via Pixabay)

First published in קנאביסס, a third-party contributor translated and adapted the article from the original. In case of discrepancy, the original will prevail.