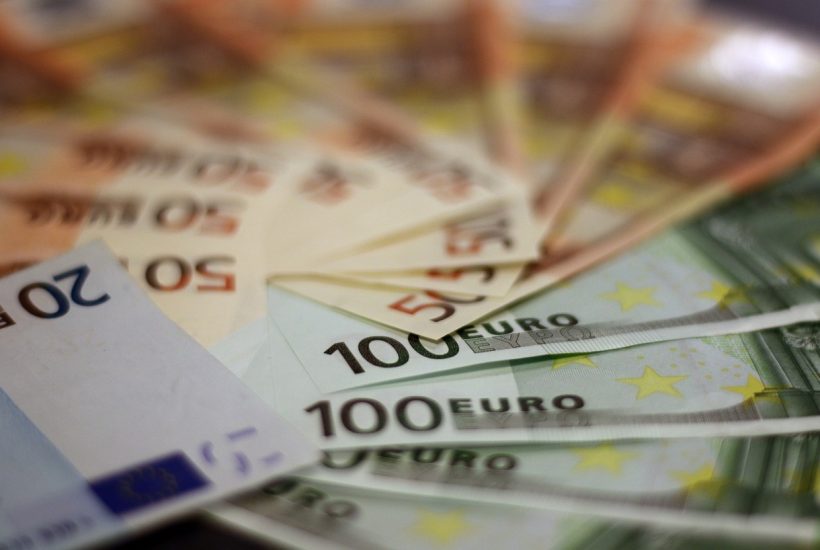 Philanthropic funding in cancer research has increased by 126.5% between 2015 and 2020, reaching 140 million euros, according to the second edition of the report ‘Committed to cancer research,’ carried out by the Spanish Association Against Cancer (AECC) and the “la Caixa” Foundation. The document indicates that funding by philanthropic entities increased the most between 2015 and 2020.

For its part, national public funding, which has dedicated 347 million in the last five years, has presented a slight increase for the 2018-2020 period. In addition, the uptake of European funds has recovered in 2019 and 2020, with values close to those of 2017. Specifically, the contribution of European funds between 2015 and 2020 accounted for a total of 205 million.

The report has found an increase in the funding of cancer transfer projects by philanthropic entities, with a significant inflection point from 2018 and 2019. This coincides with the opening and consolidation of competitive calls in innovation and transfer by some of the philanthropic entities, such as the AECC and the “la Caixa” Foundation. Public investment has also increased.

Specifically, funding from the Carlos III Health Institute (Isciii) has grown by 11.2% to 128 million euros, while that of the State Research Agency (AEI) has increased by 19.3% to 140 million. For its part, the Center for Technological Development and Innovation (CDTI) has decreased its contribution by 18.2%, reaching 79 million.

The report, with scientific advice from the Spanish Association for Cancer Research (Aseica), uses public data provided by the three national agencies: AEI, Isciii, and CDTI. In the private sector, data are collected from the Spanish Association of Bio companies (Asebio), as well as from the main philanthropic entities. Overall R&D&I spending has recovered 2010 levels, but the report points out that the current 1.41% of GDP devoted by Spain to research falls far short of the 2% that the State Plan for Scientific and Technical Research and Innovation 2017-2020 established for 2020. Spain is the country with the lowest growth in R&D expenditure in terms of GDP of all the benchmark countries, with a slight increase from 1.36% to 1.41% in the last 10 years.

The report highlights that Spain has consolidated over time as “one of the most competitive countries” in attracting European funds for oncology research, both in the number of projects and amount financed (per number of inhabitants), and has also demonstrated “great leadership capacity” in the Horizon 2020 program, where Spanish researchers have been coordinators in more than 70% of their participations, the highest ratio in the panel.

As for innovation, public support for this chapter in cancer in Spain is mostly in the form of loans through the CDTI (with more than 80% of repayable funding). This “places innovative companies in Spain at a disadvantage compared to those in other countries, which have greater access to subsidies”. In this sense, the report denounces that Spanish companies thus suffer an “over-indebtedness”, which “limits their growth in a sector that, in addition, has a high risk in early stages”. However, in 2020 there is a “change of trend” thanks to the European Next Generation funds and the Misiones Grandes Empresas and Neotec programs.

The report denounces that Spanish companies suffer from “over-indebtedness”. This “limits their growth in a sector that, in addition, has a high risk in early stages”

Public funding of business R&D projects is concentrated in more prevalent cancers where technological development in diagnosis and treatment is more advanced, such as colorectal cancer (32.7%) and prostate cancer (7.9%). Public funding in basic research focuses on tumors of the central nervous system (11.7%) and leukemia (11.3%), both of which are less prevalent in the population and in which the innovation and transfer system is less developed.

Quality research is not always aligned with clinical needs

The report stresses that Spain has high-quality cancer research groups. This is reflected in the fact that our researchers continue to be involved in 3% of the work published in the scientific field worldwide, remain among the 10 countries that publish the most on cancer, and achieve greater specialization. Since 2016, 4% of all research in Spain is related to cancer.

Despite the positive evolution to publish in high-impact journals, the report regrets that the Spanish system “seems to have finished its expansion phase in these indicators in the last decade (as happens in most systems) if we compare ourselves with other systems such as China or India, which are in full growth of their scientific production”.

In those cancers with lower survival rates, the momentum of translational and clinical research is lagging behind the needs of patients

Similarly to what is happening in the world, research in Spain by type of cancer shows a greater dedication to colorectal, lung, breast, melanoma, and non-solid cancers, such as lymphomas or myeloma. In those cancers with lower survival rates, the momentum of translational and clinical research is below the needs of patients. Cancers of the lung, pancreas, liver, stomach, and esophagus are the five types of cancer that account for 38.3% of annual cancer mortality in our country. However, they account for only 17.7% of all public funding and 21.8% of all clinical trials carried out in Spain.

Accelerating access to new treatments, a current challenge in oncology

The Spanish healthcare system continues to contribute very actively to clinical research.
clinical research. Although growth in trial volume was more substantial between 2010 and 2016, Spain has grown in the last 5 years more than any of the countries analyzed (>35% in 2015-2019, compared to 2010-2014). Despite this, it still lags behind the Netherlands and France in clinical trials per capita.

Spain has a clear prevalence of privately sponsored trials, although their prevalence is starting to decrease (they were 77% in 2010 and 68% in 2019). In the last four years, an increase in independent clinical trials is verified. In this regard, the Isciii launched a call for independent clinical trials in 2019. The intervention typology of privately sponsored clinical trials in Spain is very similar to that of other countries studied. Thus, most trials are dedicated to investigational drugs. However, other types of clinical trials are gaining relevance, such as those involving products labeled as biologics, procedures and radiation.

The profile of privately sponsored clinical trials is also similar to that of other nearby countries, with a fairly balanced representation of clinical research phases. Likewise, and directly related to the development of the Spanish system in the last decade, the growth of phase I trials is observed with respect to 2010. Independent clinical trials show a greater predominance in early and non-phase phases (observational, device). Spain shows the distribution by phases in the last decade with some preference for phase II and III trials. This trend is reversing in favor of early-phase and non-phase trials.

On the other hand, the report notes that it does not perceive a significant improvement in female leadership or in the entry of young people to lead projects in the field of oncology research. “Spain is an aging system where it is difficult to consolidate research talent. This endangers the long-term sustainability of the system,” the document concludes.

(Featured image by moerschy via Pixabay)