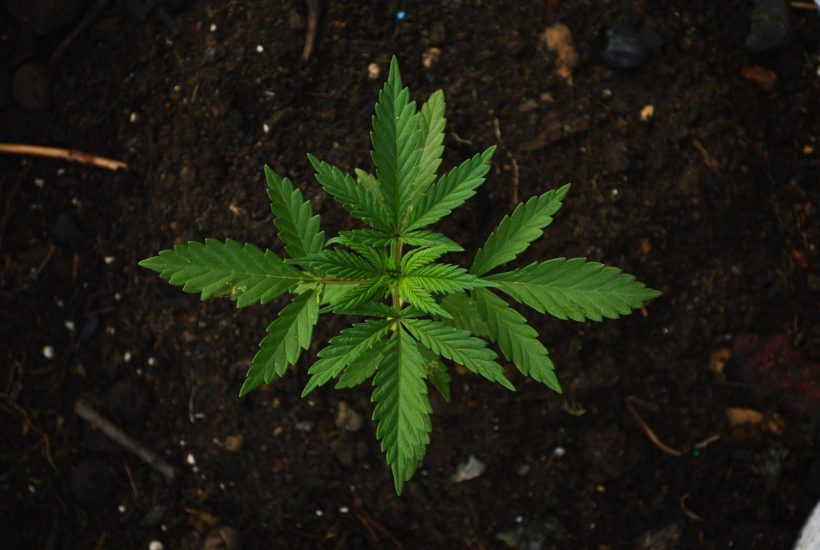 The cannabis sector has morphed from a nascent industry into an almighty behemoth almost overnight. In 2018, investors funneled more than $10 billion into the North American cannabis sector, compared to just $5 billion during the three previous years. This figure is expected to grow to more than $16 billion.

2019 has already witnessed a head spinning number of changes over the course of just a few months. The Cannabis Big Three have not been idle and are fighting hard for dominance in what is becoming an increasingly competitive market.

Aphria inc. (NYSE: APHA) has had something of a rocky start to 2019, to put it mildly. The company’s CEO was forced to step down and the company has been fighting allegations that it drastically overpaid for its LATAM Holdings acquisition. To make matters worse, Aphria has been warding off a hostile takeover attempt.

Green Growth Brands’ hostile takeover bit has also helped to highlight some of the company’s strengths. Aphria’s impressive production capacity and strong network of international operations mean that the company is trading at a discount compared to other cannabis giants.

Where Aphria has struggled, Canopy Growth Corporation (NYSE: CGC) has thrived. This is largely thanks to a landmark US$4 billion investment in the cannabis giant by Constellation Brands (NYSE:STZ) in 2018.

Canopy and Constellation are planning to launch a wide range of cannabis infused beverages over the course of 2019, once legislation regarding the cannabis edibles market is finalized.

Canopy is expected to put Constellation’s investment to good use and the company will use the funds to fuel aggressive expansion into European and South American markets over the course of 2019, as well as expand their growing operations and cement their dominance in the Canadian recreational market and international medical marijuana sector.

Despite being a leading Canadian cannabis company, Aurora (NYSE: ACB) is often overlooked by investors in favor of Canopy Growth or Aphria. This is surprising as the company has forged impressive organic growth and executed a number of successful mergers and acquisitions. The company has one of the largest investment portfolios among all cannabis companies.

Despite this success, there have been lingering questions about their ability to generate a profitable business at scale. This is where the Nelson Peltz deal comes into play. Aurora has engaged Peltz to advise the company on potential partnerships and global expansion plans. Peltz’s skills at boosting profits via efficient asset allocation could help Aurora maximize their impressive portfolio and put to bed any concerns about their ability to turn a profit.

While the investment world gleefully watches cannabis behemoths square up the opportunities created by the shifting regulatory situation, the merger and acquisitions splurge has gone largely unnoticed.

In particular, the passage of the iconic Farm Bill has opened up a market that is predicted to outpace all other cannabis sectors and could be worth $22 billion by 2022.

A growing leader in the native CBD market, PotNetwork Holdings, Inc. (OTCMKTS: POTN) has already established itself as an impressive performer. Through their subsidiary Diamond CBD, the company has produced a diversified product line that targets everyone from athletes to animals.

This product line and an aggressive sales strategy helped the company generate $450,000 sales orders in just 3 days at the CHAMPS tradeshow in Las Vegas. The company also recorded $18 million in revenue in 2018 and looks very likely to surpass that figure by a healthy margin in 2019.

This impressive performance is likely why the analysts from Harbinger Research have labeled the company a “Strong Speculative Buy”, as they predict growth of 15,804% over the next three years.

White Label Liquid Inc. (OTC: WLAB) is particularly well placed to take advantage of the Farm Bill. Their business is all about helping others enter the industry without the hassle and expense of setting up their own CBD operations.

The company can produce 50,000 units a day and offers an extensive range of high quality products that any company can brand as their own. This kind of operation is needed as the demand for CBD in the United States is expected to grow rapidly over the next few years.

WLAB is predicted to report 2018 revenues that are in excess of the $2 million it achieved in 2017, and it is reasonable to expect this growth to continue over the coming years.

Despite the success of the marijuana sector, banks have proven largely unwilling to work with companies in the industry. This has caused significant problems and meant that cannabis companies have been forced to largely operate with cash, making them targets for theft.

A lengthy hearing in February discussed the inherent problems of this model and led to the Secure And Fair Enforcement (SAFE) Banking Act. The Act offered a ray of hope, but lawmakers appear likely to delay the legislation and there remain questions about its viability within the Senate.

Where governments fail to act, it falls to private enterprise to step up to the plate.  CLIC Technology, Inc. (OTC: CLCI) is a unique online payment system that allows companies to set up a payment gateway on their website. That gateway accepts cryptocurrency payments and prevents painful charge backs.

Of particular interest to marijuana companies is the Clic Wallet, which allows users to easily store their cryptocurrencies in one location. This allows any company with a strong online sales focus to circumvent the arbitrary restrictions imposed by banks, and ensure that they can keep their hard earned money safe until a time when much needed cannabis-friendly banking legislation is passed.

The Cannabis Sector Is Still in Its Infancy

The cannabis industry is particularly dynamic and there has already been some surprising changes. It is likely that the Farm Bill will push CBD onto center stage, and it will be interesting to see how larger companies react to the new market opportunity. Investors should expect volatility but watch the moves of the larger players in an attempt to pinpoint where the next spate of M&As is likely to begin.