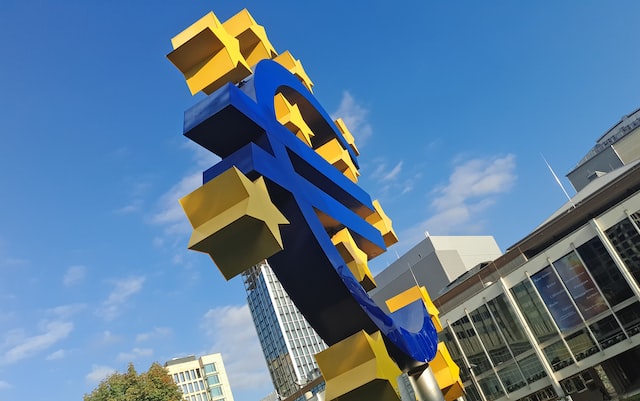 While official interest rates have risen in recent times, the pass-through to market interest rates is delayed and does not affect individuals and companies alike. As such, new bank financing rates for companies taking out over 250,000 euros are still lower than those charged by financial institutions just a year ago, when the Euro Interbank Offered Rate (Euribor) was still moving in negative territory.

And while new financing for families has indeed seen its price rise, it is also lagging behind official rates.

The Euribor, a European reference used in multiple operations and almost exclusively in mortgages, began to climb after hitting a floor of -0.502% last December in anticipation of increases in the price of money by the European Central Bank (ECB).

But none of the prices applied to the new loans have increased. For companies, the APR of new operations for amounts between 250,000 euros and one million stood last June at 1.680%, below the 1.899% it was twelve months ago. And the same applies to transactions for amounts greater than one million euros, which are usually attributed to large corporations. They decreased from 1.415 to 1.367% in the same period.

Only company transactions for amounts less than 250,000 euros, which are normally associated with small companies, have picked up. Their APR stood at 2.564% in June compared to the 2.457% in force twelve months ago, according to the latest statistics from the Bank of Spain.

In retail credit markets, the APR of new mortgages increased to 1.814% and 7.673% in consumer credit, higher than the 1.591% and 7.591% recorded, respectively, twelve months ago. In all cases, prices rebounded from December lows, but without reaching the increases experienced by the Euribor.

The Bank of Spain has warned of this evolution in a recent analysis on the progress of financing. It notes that the transmission of market rates to prices “is slower than in previous episodes of increases in interest rates.” In many cases, the increases do not reach half of those experienced during 2005 with similar rate hikes.

“This result could respond, at least partly, to the lower pressure that the cost of bank deposits has experienced so far, which is their main source of financing,” he notes.

Bank remuneration for term deposits by households has continued, in fact, at 0.07% in June and rose to 0.33% for companies, to which they have begun withdrawing the surcharge that applied to them for guarding their liquidity. Banks are not in a hurry to go out and collect funds from clients with high interest rates since they maintain a comfortable cushion of liquidity thanks to the refinancing of the ECB (the so-called TLTRO).

In Spain, new company financing reached 182.3 billion between January and June, representing a year-on-year increase of 24.12% and beating pre-Covid data. It is still far, however, from the 215 billion granted during the first half of a particularly intense 2020 due to the financing backed by the ICO.

The Bank of Spain has found that companies have intensified their use of credit because it is cheaper than debt placements as companies accumulate liquidity to face economic uncertainties aggravated by inflation and the war in Russia.

First published in El Economista, a third-party contributor translated and adapted the article from the original. In case of discrepancy, the original will prevail.