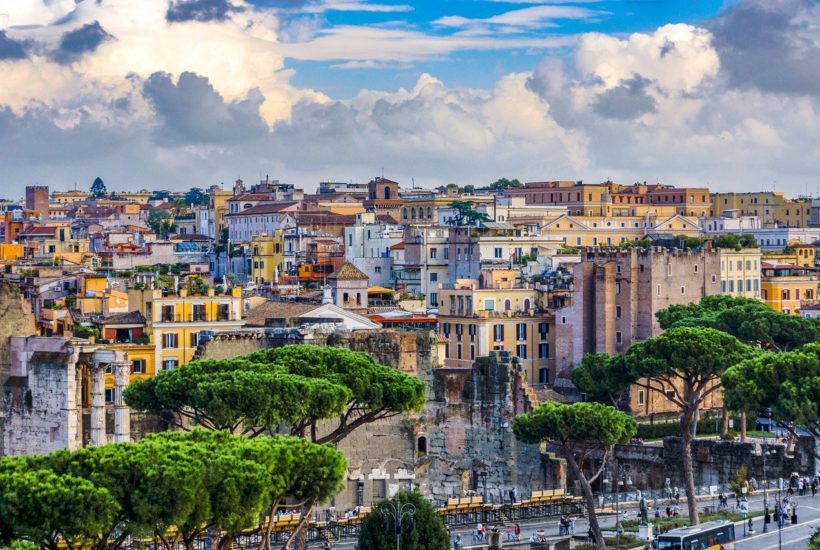 Pine trees belong to Rome like the Colosseum. You can find them on paintings, canvases, and frescoes since ancient times. The composer Ottorino Respighi even dedicated his own symphonic poem to this typically Roman tree in 1924.

However, Rome’s trees are increasingly falling victim to processionary spiders, an aggressive species of insect.

If you want to find more details about the crowdfunding campaign launched in order to save Rome’s pine trees and to be the first to find the most important finance news in the world, download for free the Born2Invest mobile app.

Italian research institutes are working feverishly to make the trees resistant to pests. But the insects are adapting superbly – and in many cases, their destructive work only becomes apparent when it is too late for the trees.

But it’s not just the iconic pine trees that are in danger. Olive trees in southern Italy and palm trees across the country are also suffering. In Puglia, where thousands of olive trees, some of them ancient, produce millions of liters of quality oil, about 25 percent of the trees are diseased. This year, the amount of olive oil produced fell as a result.

The insects that threaten these three tree species were introduced to Italy. Experts agree on this. The insects entered the country through the uncontrolled import of ornamental plants.

Scientists are now trying to control these insects with injections into the trunks of affected trees. And drones could also be used in the fight against the insects. Drones could pinpoint insect nests, and poison would be used to prevent reproduction.

There would be various methods, but Rome’s green space office shows little interest in them. As a rule, the diseased trees are cut down. New ones are not replanted.

For months, citizens’ groups, art experts, former culture ministers, and even writers like Roman author Dacia Maraini have been trying to convince political leaders to launch a large-scale rescue operation. After all, Rome’s historic center is a UNESCO World Heritage Site.

Saving the pines thanks to crowdfunding

While the city of Rome has turned a deaf ear to this argument, the Lazio region recently made $547,000 (CHF 500,000) available to save the pine trees. But that is too little, many citizens complain.

That’s why they are taking the scepter themselves. With the help of crowdfunding, they are raising money and hiring experts to save the pine trees affected by the insect infestation on their doorsteps.

(Featured image by Kookay via Pixabay)

First published in SRF, a third-party contributor translated and adapted the article from the original. In case of discrepancy, the original will prevail.