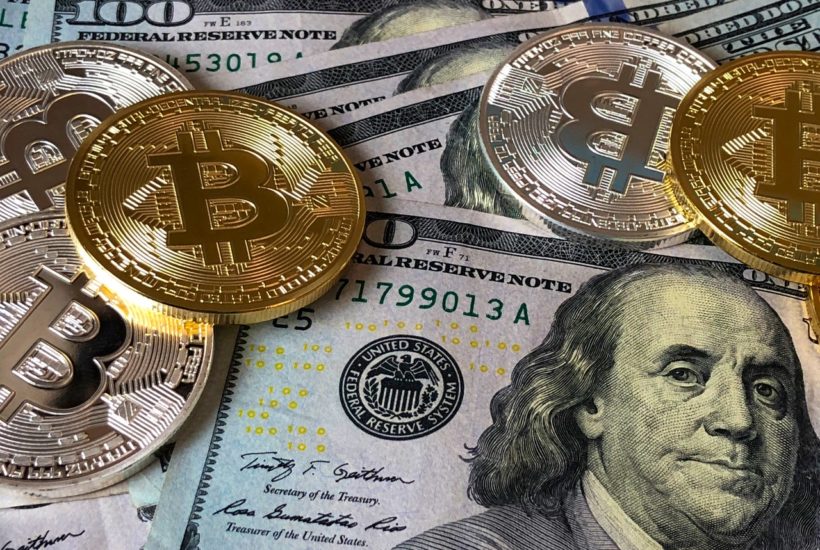 If there’s one thing that will trip up any crypto mining operation, it’s the price of electricity.

To put some perspective on it, Bitcoin mining alone now consumes an estimated 0.5% of global electricity. Approximately 90 terawatts in total.

Doing the maths on this, we arrive at approximately 275,000 kWh of electricity consumed per bitcoin mined.

Now, in the U.S., the average cost of electricity is $0.1252/kWh. Multiply that by the kWh consumed per bitcoin minted, and it’s safe to say that a crypto miner in the USA is looking at a power bill of something in the range of $30-40k per bitcoin mined.

Once you throw hardware and facility costs on top of the power bill, Bitcoin mining can get very, very expensive.

So then… Who Wants to Mine for Bitcoin in the USA?

Even with today’s relatively high Bitcoin prices, setting up as a crypto miner in the USA presents a massive financial risk.

Margins are already razor-thin, and there’s no good reason why Bitcoin’s price won’t plummet against a backdrop of increasing mining difficulty. In fact, aside from the drop following China’s ban, Bitcoin’s hash rate has done nothing but go up and up, seemingly in sheer defiance of an otherwise volatile price.

Yet, despite this, a small handful of companies are very seriously considering setting up major crypto mining operations in the USA. One of those companies, One World Ventures, Inc. (OTC PINK: OWVI), plans to set up a 100MW facility in Wyoming with a little help from another company, Triad Pro Innovators, Inc.

So what gives? There’s cheaper land and electricity in a thousand other places around the world. Is it the geopolitical stability that comes with setting up in the US? Or a desire to do good for American industry by avoiding offshoring operations?

No, that was not a typo.

OWVI is setting up crypto mining operations in Wyoming because a handful of forces have combined to give it access to electricity at basically zero cost. These forces include a house bill, pressure on companies to reduce carbon emissions, and one special technology that makes the operation possible: the Triad Pro eCell.

Free Electricity? Sounds Too Good to Be True!

Before getting to Triad Pro Innovators’ role in all this, let’s first address the elephant in the room—the basically ‘zero-cost’ electricity. Understanding how such a thing is possible all starts with gas flares.

For anyone unfamiliar, gas flares are simply safety vents that release excess natural gas when pipelines are overloaded with too much pressure. The gas is then flared because the raw methane in it is far worse for the atmosphere than the carbon dioxide that results from burning it. As for why it’s released in the first place—that’s because, in most cases, it’s more economically viable to burn it than to capture it for reinjection or resale elsewhere.

Obviously, this situation isn’t ideal for several reasons and, with increasing pressure on oil and gas miners to reduce carbon emissions, the practice is getting a lot of scrutiny.

For this reason, Wyoming has recently declared that natural gas that is consumed on-site, when that natural gas would otherwise have been vented or flared, is now valueless and hence free from taxation. This means that anyone willing to set up in remote locations effectively wins access to free natural gas, so long as they only take what was going to be flared—which is exactly what OWVI is doing.

The end result of this is a situation where, should anyone be prepared to go and set up in the right location, a free source of gas is available. This creates a win-win for all parties. Wasted gas gets put to good use, well and pipeline operators reduce their emissions, and someone gets virtually free electricity.

The only problem is that it’s intermittent and requires going well off-grid away from the facilities.

The problem with relying on vented natural gas as an energy source is that it is only vented in response to overpressurizations in the system. In other words, as soon as downstream consumption ramps back up, the extra gas disappears.

Normally, this would make for an unreliable source of power, which is the last thing you want if you’ve spent untold thousands on crypto mining computers. Idle money is lost money, and that’s precisely what those mining rigs are if they’re just sitting doing nothing—idle money.

This is where Triad Pro Innovators is coming out with a solution, teaming up with One World Ventures to build an energy storage system. The idea is to build a system that can charge up rapidly during peak hours of gas availability and slowly release that power when there’s no freely available gas.

To achieve this, Triad Pro is deploying its patent-pending eCell technology as the basis of the energy storage system. The advantages this brings are numerous but, first and foremost, its rapid-charging abilities form the very basis of the design. After all, it makes sense to maximize the amount of energy that can be captured during the potential brief spurts of excess gas availability.

With the arrangement described above—free natural gas during periods of surplus—the logical solution to evening out the energy supply would seem to be lithium batteries. It’s familiar technology that we all know, and it’s not hard to find a manufacturer capable of supplying them in sufficient quantities.

However, they also come with numerous downsides, not the least of which is that they overheat if charged too quickly.

Triad Pro Innovators overcome this by using solid-state supercapacitors at the heart of their energy storage system. This gives it the ability to accept a charge at virtually any rate the source can deliver it, allowing it to capture massive amounts of energy very quickly.

The fact that the eCell is solid-state also comes with other major advantages, especially considering that any crypto miner chasing after natural gas in Wyoming will have to set up in remote locations.

One of these advantages is that eCells have incredibly long lifespans due to them being solid state and free from volatile chemicals. This allows them to outlive even the best lithium-ion batteries by many multiples of their discharge-recharge cycles.

This alone is a massive advantage in terms of ongoing maintenance, even for users located in convenient urban centers. But when you have a 100MW facility located out in the middle of nowhere, just transporting out the required replacement batteries adds enormously to overheads—especially when you consider the cells could be subject to multiple charge-discharge cycles per day.

When you throw in the fact the eCell is also 100% recyclable, you end up with something far more attractive than lithium for the intended application. The only downside is size—the eCell’s aren’t as compact as lithium cells of the equivalent storage capacity. However, a little extra bulk makes no difference when you’re out in the middle of nowhere.

Do Triad Pro Innovators Give Hope to a Future Crypto Mining Industry in the USA?

When the One World Ventures crypto mining facility comes online, it will only be a matter of time until others follow suit. Effectively utilizing what would be waste gases presents a massive opportunity—greenhouse emissions are reduced, value is created, and everyone involved wins something.

The opportunity is only made even more massive when the annual volume of flared gases is considered.

Already, this has big potential. However, as always, things get bigger in Texas. Much bigger.

In other words, by converting wasted gas into electricity on-site, the USA has the potential to pretty much meet most of the current energy needs of Bitcoin miners. The only thing needed now is more eCell energy storage cells to make it feasible.