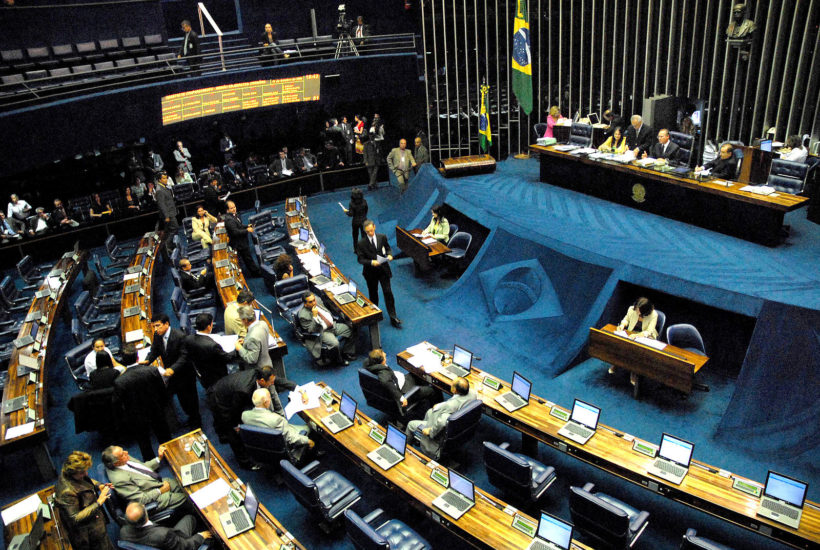 A new regulation that operates on the Law of Entrepreneurship and Innovation in Brazil experienced a significant delay before coming into effect. The new law brings with it, amongst other things, the incorporation of entrepreneurship into the curriculum of the educational system, along with the development of crowdfunding (collective financing) in the country.

It was on 28 February 2020 that the law was officially signed into law, ten days after it had passed the Bazilian National Assembly. The regulation should have been ready to come into effect by May 28th—that is, specifically—90 days later, as established by Brazilian law. However, it wasn’t ready until July 27.

Issues in crowdfunding are becoming ever more important as more entrepreneurs come to rely on it—every day crowdfunding stories are in the daily financial news, which you can follow with our free companion app, Born2Invest.

Entrepreneurs have been badly affected

For Andrés Zurita, director of the Alliance for Entrepreneurship and Innovation (AEI), this delay of two months means that entrepreneurs have been badly affected.

“The blame for the delay lies with the Legal Secretariat of the Presidency who caused everything to fall drastically behind schedule. The economic situation even warranted not waiting for the deadline to be met, and the regulations really should have been issued sooner. For an entrepreneur who is just starting up—who is facing problems in liquidity and experiencing a lack of market—one day is a lot, one month is unsustainable and two months can break the whole lot. So having to endure an additional two months is a lot. It was not given the priority that was needed,” he mentions.

Daniela Espinoza, lawyer at AEI, indicates that most of the benefits in the law needed the regulations to start, except for SAS companies (Simplified Stock Companies), promoted by the Superintendence of Companies, Securities and Insurance (SCVS) since last May 18th.

“The SAS benefits were the only ones that did come out before the regulation. It is a reform to the Companies Law. Everything else is anchored to the National Entrepreneurial Registry,” explains Espinoza.

The vice-minister of Production and Industries, Jackson Torres, says that with the regulation, some issues such as the SAS benefits are already being implemented and he accepts an evident delay in the formation of the National Council of Entrepreneurship and Innovation (Conein).

“The change of vice-president has altered our schedule a little bit, but this week or, at the latest, next week we will meet”, he assures and adds that they are working on the benefits.

Esteban Albornoz, president of the Assembly’s Economic Development Commission, points out that the regulations complement what has already come into effect with other regulations. However, he says that some issues could have been addressed since last February. He believes the regulation was only “a pretext”.

Regulation of crowdfunding could have already been implemented

Albornoz says that, two weeks ago, the committee followed up on this issue. He has requested information from the relevant bodies such as the Ministry of Production and will then convene this State portfolio, the Internal Revenue Service (SRI), Customs, the Secretariat of Higher Education, Science, Technology and Innovation (Senescyt), among others.

With the publication of the regulations, the National Entrepreneurial Registry will also become operational, where there will be some incentives such as credit lines, preferential rates for the registration of intellectual property rights, health permits and others.

If the times were met, it would have already benefited, since the resolutions of the entities that are linked to the regulation have a 90-day term, that is, a little less than the delay of the regulation.

For Guillermo Maldonado, founder of the Club de Emprendedores, too much was expected. “There are many people who are standing up to apply some of the issues in the law. In the case of the registry, it allowed you to move forward on some things, such as promoting entrepreneurship centers, obligations to pay invoices within 30 days. The national registry was not created (in time) and these are benefits you cannot enjoy. Delay certainly affects entrepreneurship.

SEE ALSO  6 lies you will hear from your financial advisor

First published in El Universo, a third-party contributor translated and adapted the article from the original. In case of discrepancy, the original will prevail.