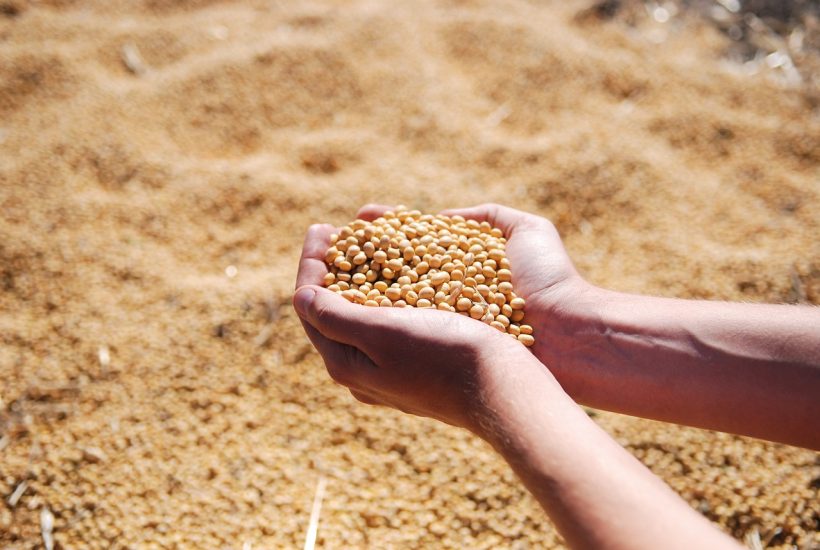 Wheat: Wheat markets were higher last week on more forecasts for some extreme cold in US Wheat areas by the end of last week and as fighting escalates in Ukraine. Much more moderate temperatures are in the forecast for this week. The cold weather could produce some Winterkill in US production areas to make a small crop even smaller. Temperatures will be very cold and blizzard conditions are forecast due to high winds blowing the snow and probably the ground into the atmosphere. The demand for US Wheat in international markets has been a disappointment all year and currently is hindered by low prices and aggressive offers from Russia. Ukraine is also looking for new business for its crops and Russia is aggressive in the world market as it looks for cash to fund the war. The demand for US Wheat still needs to show up and there is still not enough demand news to help support futures.

Corn: Corn and Oats closed higher last week despite ideas of less demand and the potential for USDA to raise ending stocks estimates in the next WASDE reports. Demand for US Corn remains muted and forecasts for only light rains in southern Brazil and Argentina were seen instead of the bigger rains forecast the previous day. Brazil has been hanging on but Argentina has suffered through some extreme drought.  Corn prices are still hurt by a general lack of demand. Corn is still finding some support on a lack of farmer selling. Weak demand overall for US Corn remains a big problem for the market. There are increasing concerns about demand with the Chinese economic problems caused by the lockdowns creating the possibility of less demand as South America has much better crops this year to compete with the US for sales. China is now moving rapidly to open the economy and allow people to move around with no lockdowns so the demand could start to improve.  South American prices are currently close to or above than those in the US.

Soybeans and Soybean Meal: Soybeans closed about unchanged last week, with Soybean Meal lower and Soybean Oil higher. There were forecasts for widespread light showers in Argentina and southern Brazil over the weekend. Drier weather is the forecast for this week for southern Brazil and Argentina which could stress crops in both areas again, Central and northern Brazil remain in very good condition with scattered showers reported. Production potential for Brazil is called very strong even with potential problems and losses in the south. Argentine production ideas continue to drop with the drought as planting is delayed and the crops already in the ground are stressed. There was news that China has started to ease Covid restrictions after some demonstrations by the Chinese people. Ideas that Chinese demand will improve. Export demand for the US is improved. Domestic demand should be strong for Soybeans as the crush spreads are strong and provided crushers with a big profit margin for their crushing

Rice: Rice was higher last week and trends remain up on the daily charts and are also up on the weekly charts. The weekly export sales report showed improved net sales. There is not much going on in the domestic market right now.  Most Rice farmers were not paying much attention to the market as they are involved in other pursuits such as hunting. Demand in general has been slow to moderate for Rice for both exports and domestic uses. Congress included support payments of two cents per pound in its financing bill for the next year and the bill should be signed by President Biden. At least some traders expect selling interest to develop this week in response to the support payments as farmers could become more willing sellers of cash Rice.

Palm Oil and Vegetable Oils: Palm Oil closed lower last week despite worries about supply as demand seemed to be mostly quiet. Ideas of better demand and less production are still around, with production falling due to seasonal factors. Hopes for improved demand from China were reported.  China has tried to relax some Covid restrictions so that the economy can start to function again.  However, new outbreaks of the virus are being reported and infection rates are rapidly increasing.  Ideas are that supply and production will be strong, but demand ideas are now weakening and the market will continue to look to the private data for clues on demand and the direction of the futures market. Demand reports for the current month were stronger yesterday. Canola was a little lower. Ideas that Chinese demand can remain weak due to increased outbreaks of Covid there were negative.  Demand for export has been less.  Farmers are holding tight to harvested supplies.  Reports indicate that domestic demand has been strong due to favorable crush margins. Production was much improved this year on better weather during the Summer.

Cotton: Cotton was higher last week despite news of negative export sales in the weekly USDA report.  Some ideas that demand could soon increase as China could start to open its economy in the next couple of months were hurt by cancellations made in the weekly reports. Covid is now widespread in China so the beneficial economic effects of the opening are being delayed. The people there do not trust the government vaccines. Demand has not been really strong so far this year and the weekly export sales report last week was bad once again. Demand has not improved with the reduction in prices and a lower US Dollar to date. Production in the US is very short.

Frozen Concentrated Orange Juice and Citrus: FCOJ was lower last week on long liquidation even with worries still around about freeze damage to crops this weekend from freezing temperatures and despite weakening demand ideas as domestic demand could be less with the holidays and end of the year coming very soon. Futures are within the trading range on the daily and weekly charts but look weak on the daily charts. Ideas are that much of the bullish news is now in the market and the market seems to be in a sideways range. The supply situation in the US and in the world market looks very tight. Historically low estimates of production due in part to the hurricanes and in part to the greening disease has hurt production remain in place but are apparently part of the price structure now. The weather remains generally good for production around the world for the next crop but not for production areas in Florida that have been impacted in a big way by the two storms. Brazil has some rain and the conditions are rated good.  Mostly dry conditions are in the forecast for the coming days.  Florida Citrus said that FCOJ inventories are now 43.5% below last year. USDA said FCOJ in cold storage was 309/323 million pounds, from 307.707 million in October and 507.721 million pounds last year.

Coffee: Both markets closed higher again last week as producers are quiet right now in Vietnam and most of Latin America. Buying interest is also reduced, but the lack of offers has motivated the market to move higher. The Brazilian Real has been firming against the US Dollar and that has hurt offers from Brazil.  Ideas of reduced Brazil production and reports of reduced offers into the cash market from Brazil and Vietnam continue, but the weather is good in Brazil and improving in Vietnam.  There are ideas that production potential for Brazil had been overrated and reports of too much rain in Vietnam affecting the harvest progress. The weather in Brazil is currently very good for production potential but worse conditions seen earlier in the growing cycle hurt the overall production prospects as did bad weather last year.  Ideas are that the market will have more than enough Coffee when the next harvest comes in a few months.

Sugar: New York and London closed higher last week with the biggest moves in the top step March contract for both markets in part on what seems to be strong demand against tight nearby supplies.  The harvest has been delayed in Thailand. Australia and Central America harvests are also delayed. India is producing White Sugar mostly from Raws imported from Brazil, so the market is thought to be short Raw Sugar.  Pakistan has lifted its ban on Sugar exports and now will allow up to 100,000 tons to be sold.  The weather in Brazil remains good for the next crop but bad for harvest and loading at ports as it is still raining in production areas.  World Sugar is expected to be in a big surplus production next year.  The supply is starting to increase.  Brazil Sugar offers are increasing on ideas of unprofitable Ethanol prices coming to the country and reports of increased use of Corn for Ethanol production.

Cocoa: New York and London closed higher last week and both markets made new highs for the move.   Ivory Coast arrivals appear to have improved lately with the recent rally in futures prices.  Ivory coast arrivals are now 954,000 tons, up 10% from last year. Good production is reported and traders are worried about the world economy moving forward and how that could affect demand. Supplies of Cocoa are as large as they will be now for the rest of the marketing year. Reports of scattered showers along with very good soil moisture from showers keep big production ideas alive in Ivory Coast. Nigeria is reporting that Harmattan winds have arrived but no significant effects are reported for now. The weather is good in Southeast Asia.