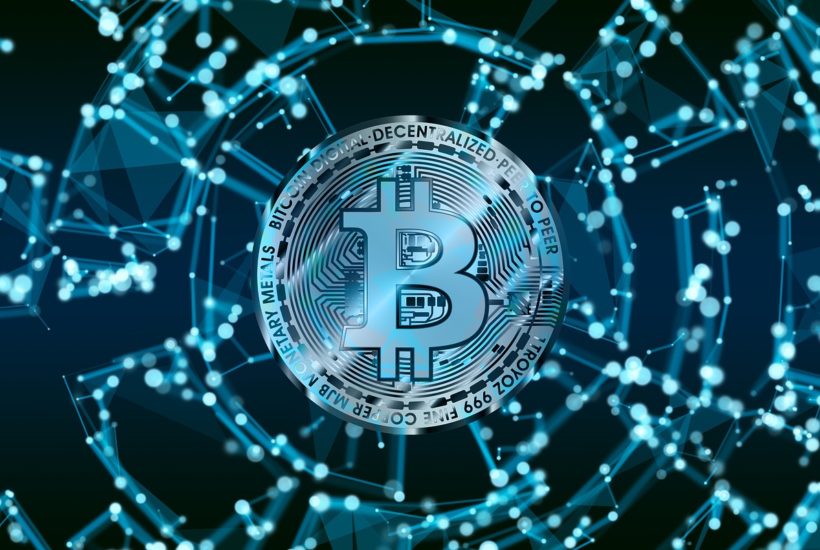 Alright, I get it. You’ve been following this Bitcoin hype for a little while now. Maybe you’ve even dabbled in it a little… even if it was just a bit of casual bitcoin betting. Or perhaps you’re just a latecomer who’s finally thinking about dipping your toes in the cool-kiddy pool.

Whoever you are, and whatever camp you may be in: stop.

Look, I get it. Bitcoin has shown its strength, and only a fool would think it’s ever going to go away. And yes, the price totally is at a relative low compared to where it has been, making for the perfect opportunity to jump right in.

But, before you do, read this. There’s something you need to know.

Let’s Start with a Simple Fact We Already Agree On: Interest

By now, we all know that holding onto cash is the equivalent of sticking a pile of dollar bills in the breeze and watching as they flit away. Eventually, our stack erodes to nothing.

That’s the magic of inflation for ya.

It’s also why, from a young age, we’re all told to invest in interest-bearing instruments. Bonds, term deposits, you name it. That way, we can at least arrive at old age and, instead of saying “back in my day, $1 would buy…” we can instead say, “back in my day, I put my $1 away in a boring old interest-bearing savings account, and now that $1 can buy me precisely the same amount of stuff as it could back then.”

At least, that was the theory back before the Fed started printing dollars like Xerox machines were going out of fashion.

In any case, how well this strategy works with traditional instruments is slightly beside the point. The critical thing to take away here is that holding cash in an inflationary environment is stupid—end of debate.

There’s a common misconception floating around. It usually goes a little something like, “there’s a limit to the number of bitcoins we can mine, so it’s immune to inflation.”

If you buy into this, think again. There are two problems with this.

The first problem is that until every bitcoin has been mined (which won’t happen until 2140), Bitcoin is still inflationary; every bitcoin mined means the pool of available Bitcoins grows a little until then.

This last point is natural as it evolves to become accepted in the mainstream. People will carry over the same beliefs and attitudes and, when the prices of things go up in regular dollars, you can bet they will also go up in bitcoins.

Bitcoin’s Not Going to the Moon: That Ship Has Sailed

Of course, there will be the temptation to dismiss the possibility of any of this having any real bearing on Bitcoin investment decisions. After all, if Bitcoin has gone ‘to the moon’ before, it will surely go there again, right?

SEE ALSO  The average American spending looks like this

Well, maybe only to a small extent. And only if you’re lucky. But let’s put things into perspective a little.

First, if you see any wild price predictions, dismiss them immediately—the economics simply don’t add up.

For example, take this one: Ark Invest says the price of a single bitcoin could top $1 million in just another 8 years.

If you don’t have any idea how ludicrous that sounds, let’s say there’ll be approximately 20 million bitcoins in circulation by that time. Multiply that by a million, and you get $20 trillion.

Now, take Credit Suisse’s most recent global wealth report, which puts aggregate global wealth at a tad over $400 trillion. Accounting for a 40-50% growth over the same time period, Bitcoin would then account for at least 3% of global wealth. That’s crazy.

If you think that’s not a lot, don’t forget that much wealth is held in non-currency assets. Also, let’s not forget that traditional currencies aren’t suddenly going to start shrinking in importance. It’s not like world governments will throw out conventional reserve currencies and start HODLing Bitcoin. Unless they’re friends with El Salvador, they won’t.

In reality, the most we should expect from Bitcoin over the coming years is to hit $100k—maybe ever so slightly more if you’re really lucky. And that’s not such a bad thing.

But also, don’t be surprised if it struggles to top previous highs in that time frame. Bitcoin’s not the only crypto player in town, and many altcoins will join it as crypto gains widespread adoption.

Here’s What You Should Be Doing With Bitcoin Instead

All of the above isn’t to say that you should turn your back on Bitcoin. Heck, it’s not even to say that you can’t make good money by simply HODLing bitcoins. However, while this strategy may well pay off, it’s also evident that Bitcoin as an explosive growth vehicle has already had its days.

If this hypothesis turns out to be correct, then there’s every chance that what you’ll end up doing is holding a cash equivalent asset. And we all know the problems that come with this once you account for inflation.

So here’s what you should do if you’re going to buy bitcoins: put them to work the same way that you do with money.

Of course, this is easier said than done. Or, at least, it was.

Here’s How You Can Earn Interest on your Bitcoin

So, you’re not about to find any traditional bank offering up interest-bearing accounts where you can stash your bitcoins (or any bitcoin account, for that matter). And the timeline on El Salvador’s “Volcano Bonds” is hazy at best.

So what should you do?

For the foreseeable future, there’s only one viable option for everyday bitcoin holders looking to earn decent yields on their bitcoin holdings for the foreseeable future. That option comes from AQRU—a company that’s taking the complexity out of earning high interest Crypto yields and making them accessible to everyone (and yes, that means you can hold more than just bitcoin).

What this means is bitcoin holders can earn a steady 7% interest yield. This accrues in real-time, second by second, on the balance of any deposits with AQRU.

What this doesn’t mean—and this is really important—is locking up your bitcoins in illiquid assets. Bitcoins are held in an at-call account, meaning that AQRU clients can access their funds at any moment.

It’s also worth noting that products yielding as much as 12% are available through other AQRU. However, yields like this are only available to AQRU customers holding stablecoins like USDT.

If this talk of at-call accounts, deposits, and interest rates all sounds a bit banky, it’s because it is. Essentially, AQRU does what every other bank does—issuing loans against its customers’ deposits.

The biggest difference that sets it apart from banks is that these sorts of institutional practices are only just emerging in crypto markets, which means competition is low and clients are willing to pay higher interest rates to access capital.

How long these sorts of yields last is anyone’s guess. However, there’s little chance they’ll drop to the sorts of ridiculous lows we’ve all become accustomed to with traditional currency. With no ‘Bitcoin Fed’ to manipulate interest rates as an economic lever, institutions will likely find a healthy competitive equilibrium as new players in this market emerge.

In any case, the wise thing to do with your bitcoin should now be clear. The fact that you can earn 7% interest on it right now is an opportunity you can’t afford to miss. And, even if yields do drop as competition emerges, whatever they end up at is certainly better than nothing, right?

For more information on how you can put your Bitcoin to work, be sure to check out AQRU.