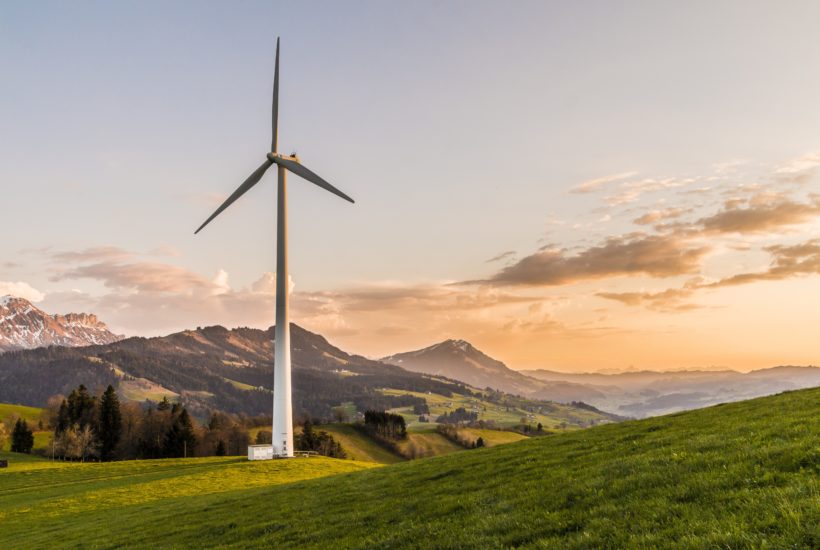 A month ago, the Spanish government gave the green light to the new system of renewable auctions. The tool seeks to accelerate the goal for the installation of 60 GW non-polluting in the next decade. The new auction framework comes in the context of cheaper green energy production and energy transition.

For Endesa, the bidding system is on the right track, although it asks that they use the mechanisms that they have foreseen in the new Royal Decree and that facilitate the maintenance of the market signal. This way the auctions will be able to coexist better with PAS, with other modalities of development, and with the already existing renewable generation. According to the company, it would also be advisable to have a qualification process not only for the projects but also for the promoters. The electricity company will participate in the first call for bids despite not needing them for the growth of its renewable developments.

Renewable energies, such as wind or photovoltaic, have been experiencing rapid changes in their costs and performance for years. Currently, green energies are the cheapest to produce. In the last decade, solar photovoltaic has become 90% cheaper and wind energy 70% cheaper. The time when the cost of producing renewable energies was much higher than that of generating electrical energy is far behind us.

Read more about the renewable energies sector and find the latest finance news with the Born2Invest mobile app.

Between 2000 and 2010, wind energy had an important development in Spain and Portugal. It was the most competitive renewable energy. Spain opted to advance its integration into the market and for a remuneration model focused on plants having incentives to make a good prediction (payment of deviations), a certain exposure of their income to the market and a secure adaptation to the system.

Portugal took another strategy. It paid less attention to integrating wind into the market and adopted a complementary approach. Following that path, it organized a major competitive process and set remuneration for wind power based on competition. Evaluating it with perspective, Endesa considers that the ideal scheme would have been the combination of the Spanish and Portuguese model, combining competition for the establishment of an income reference with remuneration signals that would facilitate an integration into the market.

Renewables became cheaper quickly. Already in 2007 and 2008 it could be perceived as the model based on the setting of a tariff for photovoltaics had drawbacks. With the Royal Decree 1578/2008, the aim was to bring the remuneration closer to the evolution in the reduction of the technology’s costs through quarterly calls. They were not auctions, but that was the way forward.

Years went by and an economic crisis without major changes for the renewable sectors in Spain and Portugal. Photovoltaics, however, was already on a par with wind power in terms of costs. This ‘competition’ between both energies accelerated its price reduction. It is in this context that the need to establish competitive mechanisms to adapt the remuneration of these energies to their real costs, avoiding under- or over-compensation, becomes widespread.

SEE ALSO  Residents of Hamburg are in favor of cannabis legalization

In order to meet the objectives of renewable energy penetration in 2020, Spain promoted an auction model based on the Remunerated Regime defined by Royal Decree 413/2014. A system with which it was possible to develop a significant volume of renewables and which has coexisted with other modalities, such as the PPAs. Through its subsidiary Enel Green Power España (EGPE), Endesa fulfilled the total capacity that the government awarded it in the 2017 auctions at the end of last year. A total of 879 MW which it developed thanks to 25 projects in Aragon, Andalusia, Extremadura, Galicia, Castilla y Leon and Murcia. With an investment of more than 800 million, these parks can produce 2,068 GWh per year.

However, in 2019 and 2020 we are moving to a new context. With the horizon of the energy transition, a new tool has been promoted, the Royal Decree 960/2020, approved at the beginning of December. This is the new auction system that will regulate the deployment of renewables in the next decade and with which the government intends to install 60 GW of non-polluting generation over the next 10 years. With the auctions the aim is to ensure that the system incorporates renewable energy that will allow us to meet the commitments of penetration of renewables. In short, a process to provide a paid regime that serves to select viable projects, with the technical, legal and economic capabilities to carry them out.

In Endesa’s opinion, this new system still lacks a process for qualifying agents to participate in the auctions. In a sector of high penetration like renewable energies, technical capacities are needed to provide a service with the guarantees and security that the system demands. In this line, the CEO of the electricity company, José Bogas, expressed on Wednesday that he sees it as “reasonable” that the Ministry for Ecological Transition should launch these auctions to encourage competition, facilitate the entry of new players and “control” the pace of entry of new renewable generation.

The electricity company highlights improvements to the new standard, such as setting a price limit for receiving the auction price, the so-called “price waiver”. It considers that the new bidding system is more focused on the financial needs of small project developers and industrial producers. But, in general, he believes that the changes introduced in the new auction system are on the right track.

The company, in fact, has a stable client base that allows it to develop its renewable growth plans and cover its consumption, which makes them not dependent on auctions, something that other new actors entering the market and that are not vertically integrated companies cannot assume. For the CEO, auctions should not be speculative on price and a system should be in place that does not shift the price to the wholesale market.

At the moment, the penetration of renewables in Spain is lower than that of Portuguese neighbors. The transport network, in particular, is much more meshed than that of Portugal. It can therefore be said that in Spain there is now much more network access capacity to accommodate more renewable generation than in Portugal, which explains why, despite the fact that network access in the Portuguese country is a scarce resource, they have opted for auctions in which they are granted a system of remuneration and access to the network.

Another differentiating aspect of Portuguese auctions is the option of competing with a market or tariff scheme. Through different discount rates, this decision recognizes the value that each scheme has for the system. In Endesa’s opinion, this seems to be a good approach for the integration in the market.

In Spain there is access to the grid to build more than double the renewable power the country needs to meet the 2030 objectives. For this reason, Endesa considers that Spain does not need an economic auction of access. If there were one, it would become an element that would encourage speculation.