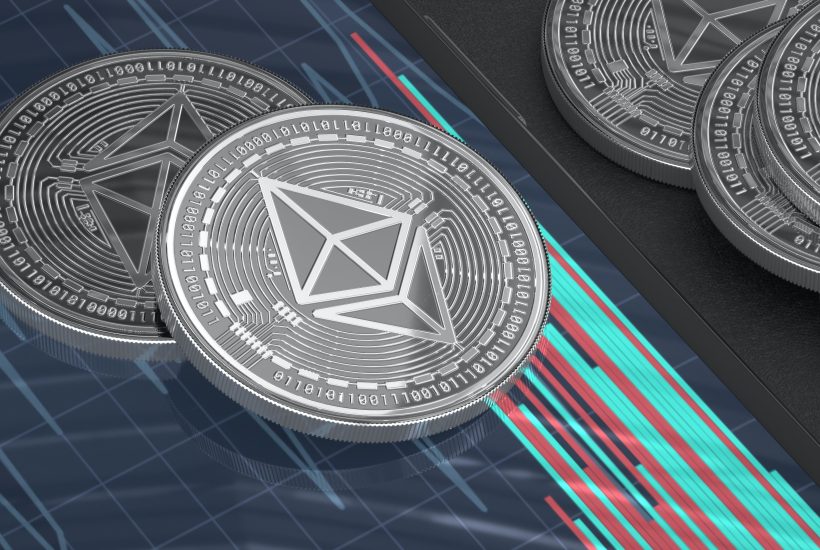 Ethereum might be facing some problems with German cloud provider Hetzner, which runs 16% of the Ethereum mainnet, CoinDesk reports, citing a Reddit post published earlier this week.

Once the world’s largest blockchain network moves to proof-of-stake (PoS), it would violate the web host’s TOS.

If you want to read more about Ethereum and a possible ban from the German web host Hetzner, and to find the latest business headlines in the world, download for free the Born2Invest mobile app.

The reason for the possible ejection is the fact that Hetzner’s T&Cs prohibit staking and mining. The Ethereum team has been planning to make a number of changes to the way the blockchain works for a while now as part of the Ethereum merger.

As a PoS network, staking will be an important part of verifying transactions. After that, users will no longer be paid for mining, but for staking, which is when they deposit their Ether coins into crypto accounts.

A Hetzner employee wrote on Reddit: “Using our products for any application even remotely related to mining is not allowed. This also applies to Ethereum. It includes proof-of-stake and proof-of-work and related applications. It includes trading.”

The consequences for Ethereum

If Ethereum is no longer allowed to be hosted by Hetzner, it would raise questions about the true level of decentralization of the blockchain. According to Ethernodes.org, cloud service providers host nearly two-thirds of Ethereum nodes that process network transactions.

Hetzner is second only to Amazon Web Services. The latter web host operates about 53% of all Ethereum nodes. It is not known if Hetzner has ever taken any action to enforce its ban, or since when it has been in effect.

Hetzner’s post came in response to a tweet from the founder of Web3 infrastructure platform W3bCloud, Maggie Love. She asked: “Ethereum can’t be decentralized if the stack isn’t. Where is the dialogue on this topic?”

Issues with Ethereum and Tornado Cash

Hetzner’s statement follows action by the U.S. Treasury Department against those crypto wallets associated with privacy mixer Tornado Cash. The Ethereum-based service allows users to send and receive money anonymously and, to a certain extent, untraceable.

The problems with Tornado Cash have sparked debate in the Ethereum community about whether a company can force network nodes or the infrastructure that powers them to restrict activity to ensure compliance. That could include censoring transactions.

Ethereum will move to PoS next month, which is expected to intensify the debate. While PoS is a greener solution for processing transactions, there are concerns about whether the blockchain will remain decentralized to the same degree after the upgrade to ETH 2.0.