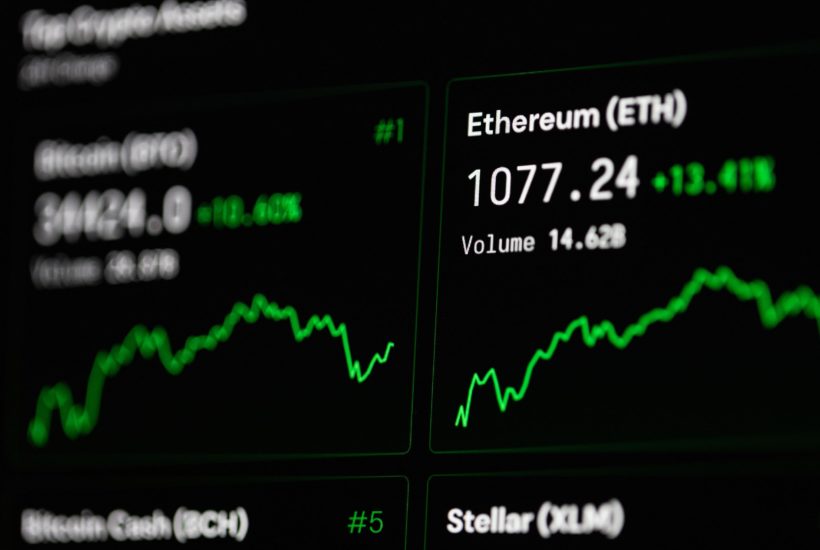 According to Vitalik Buterin, the solution to scale Ethereum 100-fold is imminent and will be a bridge until the full launch of ETH 2.0. At the same time, ETH is clearly trending upwards against Bitcoin (BTC). Is Ethereum yet to reach its prime?

Ethereum whitepaper author Vitalik Buterin believes that rollups will solve Ethereum’s scaling problems until ETH 2.0 sharding is introduced. He believes that this will allow the network to scale by a factor of 100. In addition, Vitalik predicts that a solution for Ethereum sharding will be released in the coming weeks.

Take a closer look at what this means for the Ethereum price in its valuation against Bitcoin (BTC) in the medium term and find other important financial news with our companion app, Born2Invest.

In the podcast of Tim Ferriss, Vitalik said that ETH 2.0 developers are currently focused on the big update. At the same time, they are confident that Layer 2 solutions will support the network until Sharding is implemented. He stated: “Rollups will come very soon. We are fully confident that by the time we need further scaling, sharding will be ready by then.”

Such solutions are meant to dampen Ethereum’s current scaling issues, which has led to a drastic increase in fees due to fierce competition for bandwidth on the Ethereum mainnet.

While ETH 2.0 will use sharding to ensure scalability, Vitalik believes rollups will suffice in the medium term. He emphasized in the podcast that rollups could improve Ethereum’s transaction throughput by 100x: “The thing to remember is that if you have rollups but you don’t have sharding, you still have 100x scaling, right? You still have the ability to run the blockchain at somewhere between 1,000 and 4,000 transactions per second, depending on how complex those transactions are.”

Uniswap V3 could get things started

Buterin further predicted that Optimism will launch their rollups fully compatible with the Ethereum Virtual Machine (EVM) “in about a month or so.” Optimism’s rollups are widely expected to be adopted by some of the DeFi industry leaders, with commentators speculating that Uniswap’s upcoming V3 update will use them. However, this could also mean that this means the Uniswap share price is currently heavily overbought. This is also supported by a recent UNI price forecast from the trading blog Bitcoin-Bude. Many investors are already speculating that the V3 update could come at any moment. However, the findings from Vitalik’s comments currently tend to suggest that it may not be expected in March. The crypto market is impatient by nature, but possibly Uniswap is still good for a surprise.

It is also expected that Aave and Synthetix will be among the first projects to use the technology. Vitalik also emphasized that rollups are not just a wild yet untested theory. He explained: “There have actually been simpler rollups that are only capable of processing simple transactions exchanged between assets, such as Loopring and zkSync. These rollups have been running stably for about a year – so rollups are not even theory. They’ve been a practical part of [Ethereum’s] scalability for a few users for almost a year now.”

However, to prevent silos of sorts from forming everywhere due to different Layer 2 solutions from individual projects, Buterin authored a proposal for a system that would allow smart contract protocols to communicate directly with each other across different Layer 2 scaling solutions.

Ethereum price on the rise against BTC

While a lot of noise has been made about the scaling issues on Ethereum recently and more and more market participants have been looking over to other smart contracts chains like the Binance Smart Chain (BSC), this news shows that Ethereum is by no means yesterday’s news.

At the same time, the weekly chart shows the long-term performance of Ethereum (ETH) against Bitcoin (BTC). ETH has been in a clear uptrend against BTC since early January 2020.

SEE ALSO  LIFEdata collects over €600,000 thanks to equity crowdfunding on BacktoWork

With fundamental breakthrough updates on the horizon, it is not far-fetched to speculate whether a cup could soon form on the chart that could take ETH back closer to a 0.08 BTC valuation or even beyond. Undoubtedly, there is still a long way to go until then (currently ETH stands at 0.032 BTC), however, there is already a clear positive trend on the horizon for Ethereum.

Many market participants are just unfortunately too focused on short-term movements and the current market clamor. A look at the medium- and long-term development of Ethereum, however, already speaks a clear language.