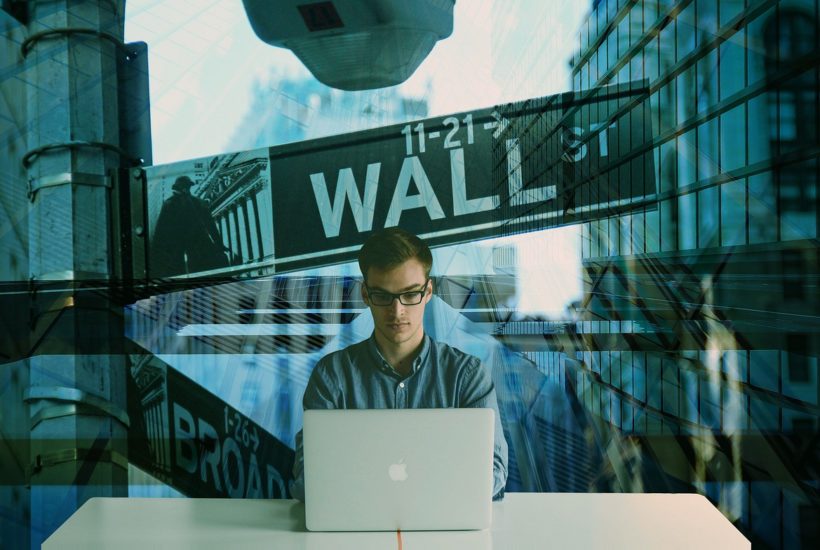 The recent stock market rally is a trap. This is because Wall Street is vastly underestimating how hawkish the Federal Reserve will have to get in order to fight inflation. And how much weaker earnings and GDP growth will become as a result. The fact is Mr. Powell has finally become enlightened to the inflation crisis engendered by his own hand. The Fed Chair’s inflation epiphany is mainly the result of his observation that shelter costs are soaring out of control. He now realizes that he will have to pop the housing bubble in order to vanquish inflation.

The data on this front is shocking. Home value growth was so extreme last year that it actually surpassed median salaries in 25 of 38 metropolitan areas across the country, according to research firm Zillow. And, rent prices have surged by nearly 20% Nationwide year over year in January, while in the sunbelt, they have skyrocketed by 50%! Some 30% of these properties are owned by Wall Street and other investors.

What else would you expect to occur when the Fed guarantees access to money for next to nothing. Wall Street then uses that cheap credit to purchase massive tracks of single-family homes with a cash deal and then rents them out to would-be first-time homebuyers that have been priced out of the market by this very process. Wall Street wins big, profiting from both the increase in real estate prices and the increased cash flow derived from rising rent payments. While the people the Fed professes to care the most about fall further behind the American dream.

Hence, that is why the Fed will now fight inflation aggressively…at least until the credit markets meltdown once again. We should see more evidence of an enlightened Powell in the May FOMC meeting and press conference, where he most likely will not only raise the Interbank Lending Rate by 50 bps, but most importantly, begin to destroy the base money supply as well. He will also, at that time, lay out his plan to aggressively increase the pace of such monetary destruction (QT).

Indeed, St. Louis Fed President James Bullard wanted a 50-basis point increase as a result of the March FOMC meeting and wants to take the Fed Funds Rate up to 3% this year. Joining Mr. Bullard is Fed Governor Christopher Waller and Cleveland President Loretta Mester, who recently stated that the central bank might need to enact one or more half-percentage-point rate hikes in the months ahead.

Despite the hawkish Fed and the uniqueness of this tightening cycle, the Perma-bull, Pollyanna’s on Wall Street, trotted out the data on what happens to stocks after the Fed first begins to hike rates. Spoiler alert, it’s usually good. The S&P 500 has returned an average 7.7% in the first year after the Fed begins to raise rates, according to a Deutsche Bank study of the past 13 hiking cycles. Of course, the lemmings bought Powell’s March rate hike with reckless abandon, believing that this cycle will be like the others.

In sharp contrast, the current tightening cycle will not be anything like the previous 13. This time around, the Fed is hiking rates because inflation is at a 40-year high as calculated under the CPI’s latest massaged methodology. But the fed knows that if calculated as it was in the ’70s, inflation is at an all-time high. So, this tightening cycle will be unusually aggressive. Also, the Fed normally hikes rates into an economy that is strong and getting stronger. However, the economy is now weak and getting weaker–Q4 2021 GDP growth was 6.9%, but Q1 GDP growth this year is projected to be just 1.3%. Last year, S&P 500 EPS growth was 47%; but EPS growth for the first half of ’22 is projected to be around 5%, which is wildly optimistic given all the current circumstances but still one of the most rapid decelerations in history.

While the stock market remains brainwashed by its own bullish B.S., the bond market isn’t nearly as delusional. The spread between the ten and two-year Note is under 20 bps. That is very close to an inversion, and an inversion nearly always presages a recession. History shows that when the yield spread is this tight, the Fed can only hike just two times before the yield curve pancakes and the economy and stock market poop the bed. This normally turns a hawkish Fed back into a Dove, but the big problem now is Powell can’t easily pivot this time around because of that pesky 7.9% CPI.

Not only this, but this tightening cycle will be one of the most aggressive tightening ever. Mr. Powell will be hiking rates at the same time he is draining the balance sheet at a record pace and quantity. Rate hikes in conjunction with QT had happened only once before and didn’t work out well for the bulls.

In October of 2017, the Fed began to very slowly drain its balance sheet and raise rates at the same time. And by slowly, I mean baby steps on both QT and rate hikes. The Fed started QT by allowing just $6b per month for Treasuries and $4b per month for mortgage-backed securities to roll off its balance sheet. The amount of balance sheet reduction was capped at $600 billion per year at the peak of QT in 2018. Also, the Fed hiked rates by just 50 bps throughout all of 2017.

SEE ALSO  Corn and soybeans ahead of market predictions

By the fall of 2018, the stock market began to meltdown, and Powell promised to stop raising rates in December of that same year. However, he dared to continue to reduce the size of the balance sheet with disastrous results. Only a few months later (in March of ’19), he was forced to reduce the pace of QT. And by July of 2019, the Fed had no choice but to end QT altogether–a few months earlier than Powell indicated it would end–because the credit markets were in full meltdown mode.

This next QT program, which should begin in May, will not start with baby steps at all. It is promised by Powell to be much more aggressive at the start and is projected to quickly ramp up to remove around one trillion per annum from the money supply. The only other attempt at QT was able to reduce the balance sheet from $4.4 trillion to $3.7 trillion (a total of $700 billion) before utter chaos was unleashed. The Fed’s balance sheet is now $9 trillion today for comparison.

Therefore, this hiking cycle is totally incomparable to any other. And it will have an extremely negative effect on the record-high values seen in the equity market and real estate bubbles. There are times when investing in the market without any hedges at all is worth the risk. This is definitely not one of those occasions. Indeed, this bear-market bounce gives investors one last chance to prepare for what should be one of the worst market crashes in history. The time to get your portfolio on board the four horsemen of the economic apocalypse is probably just a couple of months away.