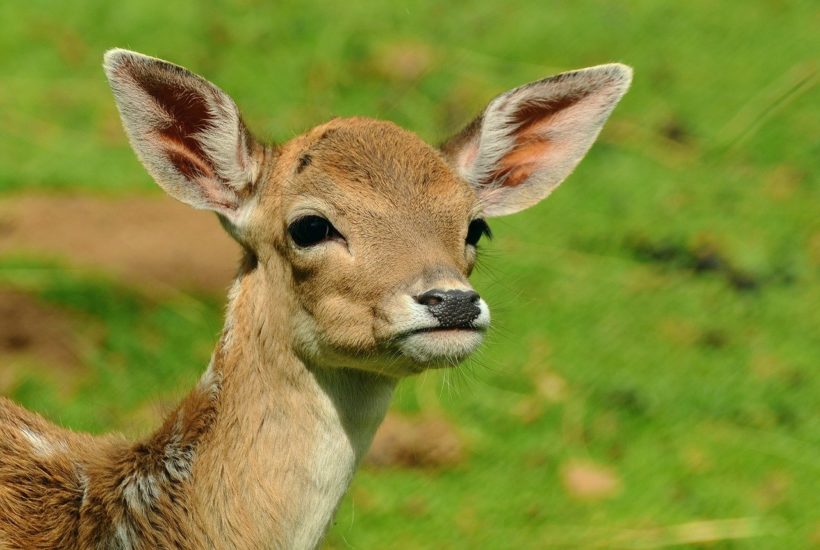 “Be a fawn rescuer”: This is the wish and appeal of the Eggenfelden veterinarian Alexander Horak. He has started an unusual crowdfunding project on a platform of the Sparkasse Rottal-Inn: If enough money is raised, the purchase of a drone equipped with a heat detection system should be realized. With this system, it is possible to save fawns, which according to Horak’s conviction are still far too often victims of agricultural machines.

The topic moves many animal lovers in the region: Too often small fawns, which hide in the high grass from enemies, are killed while mowing. “The farmers cannot recognize the very well hidden animals in time from the tractor down,” so veterinary surgeon Horak, who would like to make therefore also no reproach to the farmers: “It makes nobody joy to kill such an animal and it is not a beautiful sight if one observes how the mother looks for the fawn,” said Horak.

However, also quite practical reasons speak for saving the fawns: The green waste, which is mowed as fodder, is otherwise no longer suitable for feeding. That’s why farmers take the initiative themselves, helpers run down the meadows before mowing, “but unfortunately helpless animals are still overlooked,” Horak said.

Read more about the crowdfunding campaign to buy a drone which would help save fawns hiding in the grass and find the most interesting finance headlines with the Born2Invest mobile app.

With a high-quality and approximately $14,000 (€12,000) expensive drone Horak with his honorary aid team wants to end this “animal drama”, as he calls it. “Many farmers in the region will profit from the acquisition,” as the hunter, veterinary surgeon and passionate nature protectors stressed. Horak has been committed to an intact environment for decades and creates small natural oases and biotopes with his own means in order to preserve a place of retreat for the animals. “It is important to me that we treat flora and fauna well,” he emphasizes. His “heart project” is now the drone, with whose help he wants to save even more deer from the mower.

He is now supported in his initiative by the association “HeimatUnternehmen zwischen Isar und Inn”. This association supports creative and active people who want to make a difference in the region. “Important are self-initiative and the will to take risks for one’s own cause,” said the association’s project manager, Regina Westenthanner. Among the members rank enterprises, direct marketers, starting UPs, and private people, who want to bring something forward in their homeland. “We want to help make the district of Rottal-Inn attractive, nature and its creatures are simply part of it for me,” said Alexander Horak.

The use of the drone should help to ensure that no fawns are overlooked any more: “The drone can fly over the area to be mowed and recognizes the warmth emanating from the fawn hidden in the grass. The drone controller can then inform a helper on the edge of the railing, who can then save the animal expertly,” said Horak. On a “bed” made of grass, the fawn can be carried away so that its mother can recognize the animal by its smell.

The crowdfunding campaign is one of a series of projects made possible by the Sparkasse Rottal-Inn on the www.einfach-gut-machen.de/rottal-inn platform. Until November 14th, the project of Alexander Horak can still be supported.

The platform is available to associations and non-profit organizations free of charge and helps to finance and realize projects. The savings bank makes thereby a starting donation of up to $415.8 (€350) per project. In addition, it increases each donation starting from five euro by further 20 percent. The platform is part of the Sparkasse’s social commitment, which totaled $475,000 (€400,000) in 2019.

(Featured image by congerdesign via Pixabay)

First published in PNP.de, a third-party contributor translated and adapted the article from the original. In case of discrepancy, the original will prevail.