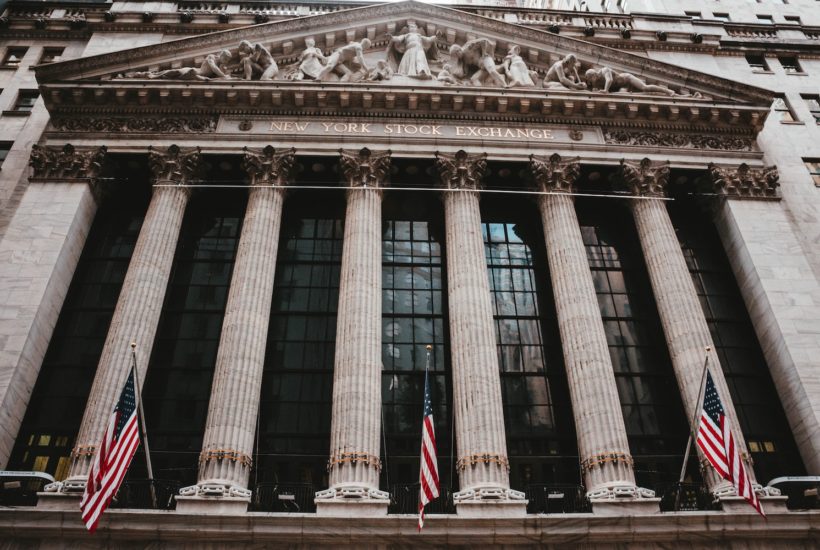 Recently, there has been a parade of central bankers along with their lackeys on Wall Street coming on the financial news networks and desperately trying to convince investors that there are no bubbles extant in the world today.

Indeed, the Fed sees no economic or market imbalances anywhere that should give perma-bulls cause for concern. You can listen to Jerome Powell’s upbeat assessment of the situation in his own words during the latest FOMC press conference here. The Fed Chair did, however, manage to acknowledge that corporate debt levels are in fact a bit on the high side. He added that “we have been monitoring it carefully and taken appropriate steps.” Powell is likely suggesting that the fed will begin slashing interest rates and return to quantitative easing .

The problem? This strategy is exactly what triggered the debt binge and over leveraged position of corporations in the first place.

A permanent bull market is being propped up by debt

Global central banks have abrogated the free market and have essentially ended the natural business cycle and ensured that stocks are in a permanent bull market.

Massive and unrelenting money printing is the “tool” that they use. The good old USA had its central bank cut rates to 0% by the end of 2008 to combat the Great Recession; and that paved the way for the EU to join the free-money parade by 2016. In fact, the Bank of Japan had already been at the zero-bound range years before. This means much of the developed world has been giving money away gratis for the better part of a decade.

And now central banks actually want you to believe that multiple years’ worth of global ZIRP has somehow left asset prices devoid of any significant distortions. All is normal here, or so we are told.

Given this, I thought it would be prudent to shed some light on a few of those glaring imbalances that should be obvious to all, except the central banks of course.

Central banks are building a bubble

The valuation of equities in the U.S. is now for the first time ever 1.5 times its phony and free-money-goosed GDP. Yet, at the same time S&P 500 margins and earnings are shrinking. The U.S. has increased its business debt by 60% since the Great Recession–it now totals $16 trillion, which is an all-time high in nominal terms and as a percent of GDP. Much of this debt has been used to buy back stock and reduce share counts to boost EPS. Corporate buybacks, which were illegal in the U.S. before 1982, will breach $1 trillion this year. As far as the Fed is concerned, issuing a record amount of debt to buy back stocks at record high valuations is just fine.

According to the BIS, 12% of businesses in the developed world have become zombies–having to issue new debt just to pay the interest on existing debt—this figure is also at a record. The average interest rate on the U.S. 10-year Treasury Note prior to the Great Recession was about 7%. Today, this rate is a lowly 1.8%.

It appears central banks are completely oblivious to the global bond bubble even though, or perhaps because, they are its creator. Back in the European debt crisis of 2012, the borrowing costs for the group of insolvent countries known as the PIIGS (Portugal, Ireland, Italy, Greece, and Spain) shot up to the thermosphere.

The Greek 10-year Note hit a yield of 40% and caused the economy to crash under the weight of its mountain of debt and skyrocketing servicing costs. This led to an explicit and partial debt default of its obligations and a humongous European Central Bank bond-buying program that promised “to do whatever it takes” to bring down yields.

The Greek 10-year yield is now just 1.6%, even though the country’s National debt to GDP ratio has actually increased from 159% in 2012, to just under 200% today. How can this be? The answer is, Greek debt is once again in a gargantuan bubble, but this time around it is now and forever on the life support of ECB counterfeiting.

It is the same story in Portugal. Its 10-year Note yield shot up to an untenable 16% in 2012. But through the magic of the printing press it is now just under 0.25%. As incredible as that rate is, it exists even though Portugal’s National debt to GDP ratio is still over 120%; just about the same level it was back in 2012 when the market caused its rate to skyrocket.

The U.S. deficit increased by 26% y/y and is now $1 trillion per annum. The annual deficits are projected by the CBO to be at least $1.2 trillion for the next decade. That is, if everything goes perfectly fine in the economy and rates stay at historic lows–and there is never another recession. For Mr. Powell and company, all this is viewed as being completely normal.

In addition, history has shown throughout the centuries that once an economy has more than a 90% total debt to GDP ratio, its economic growth becomes impaired. The total in the U.S. is now 330%, in the EU it is 450%, and Japan has over 600% total debt to GDP.

How did the entire developed world become so debt-dependent? The answer is simple: artificial interest rates provided by central banks have incentivized, facilitated and enabled governments to issue massive amounts of debt with impunity. Again, according to central bankers there is nothing to see here.

These are just a  few of the many examples of market distortions arising from central banks artificially pushing yields into the sub-basement of history. Now they have destroyed the market-based pricing of fixed income and equities across the globe. These markets have now become wards of the state forever and ever amen.

The sad truth is that the entire artificial and tenuous construct of markets is predicated on interest rates that perpetually fall and never increase. As long as this baneful dynamic is in place, asset bubbles grow bigger, and debt levels rise. Thus, making the economy increasingly more dependent on lower and lower interest rates.

The problem is most central banks have already arrived at the zero-bound range and/or are in various stages of QE. Even the Fed only has one and half percentage points from running out of ammo to reduce borrowing costs and is already printing $60 billion per month in QE.

Hence, when (not if) the next economic contraction begins, money markets will once again freeze and the record number of zombie companies will begin laying off millions of employees as a result of being shut out of the credit market. Then, the global bubble in junk corporate debt will crater and cause panic in equity markets like never before in history.

According to the Fed and the deep-state on Wall Street, all is completely normal.

The China stock bubble burst 12 years ago, and the Shanghai exchange is still down 50% from that high. Japan’s bubble burst 30 years ago, and investors are still down 40%. Global central banks have set the table for a record implosion of markets and the major U.S. averages are by far the most overvalued. This is why it is imperative to model the dynamics in credit markets to ensure you can participate in the upside of stocks while the charade lasts. But most importantly, also avoid getting slaughtered like a passively managed pigeon once interest rates spike and the global credit bubble finally bursts.