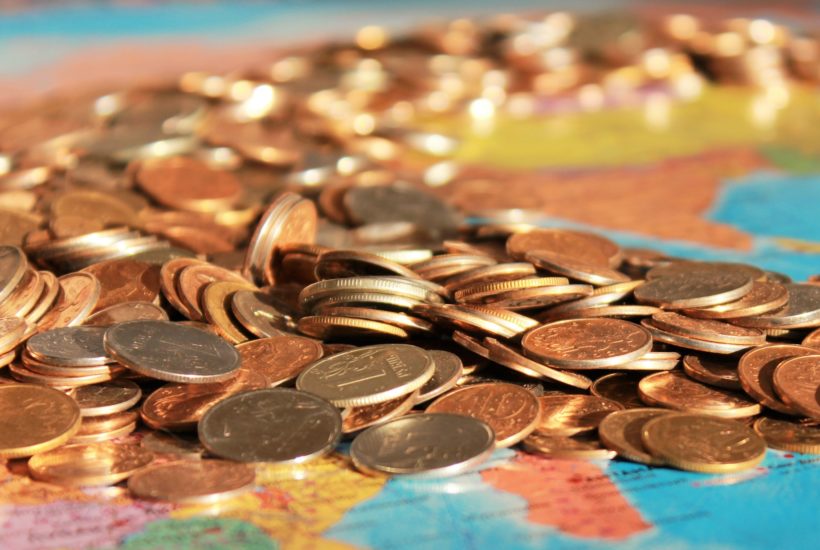 To start with, the academics that sit on the FOMC don’t actually know what causes consumer price inflation (CPI)—or at least that don’t want to admit to its actual progenitor. The Fed has been historically wedded to the belief that CPI is related to the unemployment rate. This is known as the Phillips Curve. Phillips curve analysis relies on the belief that inflation comes from a low unemployment rate and that deflation comes from a high level of unemployment. But this logic is both simplistic and specious in nature. Indeed, throughout history, it is commonplace to have a rising rate of unemployment associated with higher rates of inflation and a falling unemployment rate correlated with low rates of inflation.

Inflation is not caused by how many people are successfully employed in gainful and productive work. It is the result of degradation in the faith of a fiat currency’s purchasing power. Such a loss can come from a nation losing the ability to defend itself. More often, a currency begins a protracted and significant erosion when extreme fiscal profligacy causes an insolvent government to begin massively monetize its own debt.

What we now all should be fully aware of is that the Powell Fed will keep interest rates at zero percent and will continue Q.E. until inflation runs well above the 2% target. He learned a painful lesson in 2019 when the FFR was raised to just 2.5%, and the stock market and economy began to fall apart. The FOMC is now extremely reticent to raise rates and is not “even thinking about thinking about raising interest rates.” Hence, its target rate has become completely symmetrical. Meaning, it very well may have to go above 2% for the same duration and extent that it went below the target rate. The Fed’s balance will continue to explode higher until holders of USD become convinced that its value will erode on a perpetual basis with a floor of at least 2% per annum.

The clueless and fatuous Fed is once again turning a blind eye towards asset bubbles. Only this time around its existence is so humongous that one would have to be totally and willfully ignorant to ignore it.

But once the Fed achieves escape velocity on inflation is when its luck runs out. This is because it is a historical fact that all central banks have displayed a tremendous amount of difficulty controlling inflation in either direction. It cannot easily raise CPI above 2%. In 7 out of the last 12 years, the Fed has been unable to achieve average annualized CPI of at least 2%. Yep, 58% of the time, the Fed has failed to reach its minimum inflation goal. This is true despite the fact that our central bank printed $6.4 trillion and left interest rates at 1% or below for 9 of those 12 years. And, by the way, it is easier for the Fed to achieve its 2% target using the CPI metric than the more benign Core PCE Deflator. Also, contrary to what the Fed and the MSFM would have you believe, our central bank has also had a miserable history of getting inflation under control once it becomes intractable. Back in 1971, both the Fed Funds Rate and CPI were in the mid-single digits. This was when the great monetary experiment began when President Nixon ceased all redemptions of the USD for gold. Inflation then spiked to double digits by 1975 and, after a brief pause in ’76-’77, eventually spiked to 14.6% by early 1980. During this process, our central bank found it necessary to raise rates from 3.75% in February 1971, all the way to 20% by the middle of 1980.

The truth is there is nothing in this data that lends any credibility to the idea the Fed can easily fight deflation. It is also true that it cannot easily bring inflation under control after the confidence in the dollar begins to get significantly hurt.

There is zero evidence the Fed can eventually bring year over year inflation to 4%–or whatever rate it thinks is symmetrical after years’ worth of disinflation and deflation–and then automatically prevent CPI from rising higher from that point.  As mentioned, the great Fed Chair Paul Volcker had to raise rates to 20% before the inflation monster was vanquished. But while Mr. Volcker did engender a sharp recession in the early ’80s to accomplish this task, he had a much better economy to start off with. Total U.S. debt to GDP was just over 150% during the ’70s and early ’80s. Today, that figure is close to 400%. And, the stock market was much less inflated 40 years ago. That ratio spent most of its time, around 40%. However, that ratio now stands around 150%!

Just imagine the carnage that would occur to asset prices and the economy if our current regime of central bankers had to boost interest rates from 0% to double digits!

Therefore, in the not-too-distant future central banks may have to decide whether to let inflation run wild on the back of absolutely unprecedented monetary and fiscal madness (bankrupt governments + unlimited Q.E. + permanent ZIRP), which will wipe out our standard of living. Or, progressively jack up interest rates and cut spending in dramatic fashion, which will obliterate the asset bubbles and the economy in the process. Sadly, in either scenario, the pernicious outcome is very much the same.

(Featured image by klimkin via Pixabay)