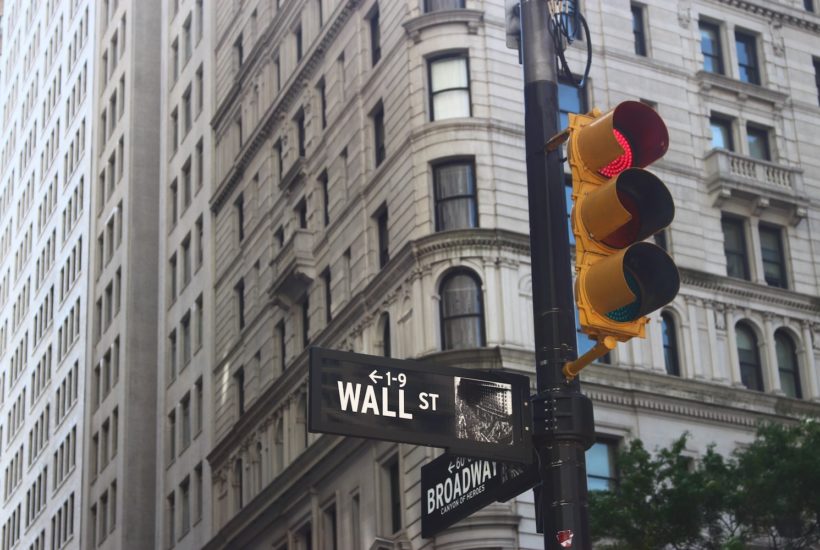 Wall Street hit a new all-time high on February 20th. It was supposed to be smooth sailing from there, riding along the global liquidity wave. But then, that wave crashed into what turned out to be the fastest correction from a new high in the history of the US stock market. Even though the fall was mild in comparison to the record-breaking bull run of the past few years, it was enough to frighten central planners to the core. Hence, we had further confirmation on Tuesday, March 3rd of what we already knew: our central bank has been fully corrupted and co-opted by Wall Street.

The Fed lowered rates by 50bps in an emergency meeting, even though its regularly scheduled meeting was just two weeks away–maybe Trump will now give Powell the Presidential Medal of Freedom. But someone should have informed the White House and the Fed that the 4th rate cut in a rate-cutting cycle has nearly always led to market panics. But to be clear, the only reason the Fed cut rates is that the stock market suffered a brief correction. It wasn’t a bear market or a recession. It wasn’t even runaway deflation or an outright recession scare, …but just an 8% fall in stock prices from an all-time bubble high at the time of its decision.

There can no longer be any doubt that the Fed has become a slave to markets. After years of manipulating interest rates lower, it now must do everything in its power to make sure borrowing costs never rise, asset prices never go down, and the massive pile of US debt (330% of GDP) never sees a recession. Otherwise, the default tsunami will engender the greater depression. However, central banks can’t hold off a recession forever, and they have ensured its inevitable arrival will lead to nothing short of perdition.

The global junk bond market started to freeze in late February, just like it did back in December 2018, which caused the major averages to plunge by 20-30% at that time–this is what Powell was pooping his pants about.

Nevertheless, the Fed now only has four rate cuts left before running out of ammo. Lowering borrowing costs isn’t a vaccine, but the Fed is simply panicked to keep stock prices from crashing any further.

The Coronavirus, it is an exogenous market event, not an endogenous market event. In other words, the selloff in stocks was not generated from a deteriorating macroeconomic function, such as spiking inflation, recession, or a full-blown liquidity crisis. Yet, it is now becoming one. Rate cuts do not ameliorate much of the effects of the disease. But investors should expect further rate cuts and additional QE in an effort to prop up markets.

So, where is all this artificial manipulation of interest rates, money supply, and asset prices leading us? I believe the penultimate liquidity wave is now upon us. Investors can expect Central Banks to print money like never before and fiscal policies to expand deficits in record proportions to combat the effects of the virus. But it won’t work. Just like every other attempt to provide a viable economy has failed since the Great Recession. This is because the equity and bond markets have become addicted to each artificial stimulus program. Government remedies of lowering rates and money printing are merely palliative in nature. That is, alleviating the symptoms while exacerbating the underlying economic rot, which consists of excessive debt and intractable asset bubbles. But now this second-to-last impulse from the Fed should land us back to a 0% Fed Funds Rate and in permanent QE just like the rest of the world.

Then, after another relatively brief period of ersatz market and economic growth, another cyclical plunge in economic growth and asset prices should ensue. The big difference this time around will be that global central banks will already be offering money for free and in great quantities—but primarily for banks; not for you and I.

Therefore, in response to the next crisis, central banks (in full cooperation with fiscal authorities) will be forced to pull the pin on the ultimate inflation grenade: UBI, MMT, and Helicopter money directly to the people, which should produce a period of intense stagflation globally such as never before seen. If you ever had any doubt about the stagflationary disaster that awaits this world, check out what the Bank Of Japan did on Monday. It purchased over a billion dollars’ worth of ETFs on that one day alone!

SEE ALSO  What role does the media play in the discussion of sexual misconduct?

The key point here is that during a bond market crisis caused by inflation, global central banks will be completely impotent to do anything about it.

The liberal maniac central planners that run the world have concurrently embraced the vapid and specious philosophy of usurping markets in favor of price-fixing. Sadly, they no longer have much of a choice because bubbles have been forced up to the thermosphere and, therefore, a mild and truncated recession has become impossible. Instead, a protracted depression has become inevitable.

The economic data has already become rancid in China—the epicenter of COVID-19. China’s official Purchasing Managers’ Index fell to 35.7 in February from 50.0 in January. This was the greatest plunge on record. China’s services sector saw its worst month on record in February as well, the Caixin/Markit services Purchasing Managers’ Index plunged to 26.5 in February, from 51.8 in January. And passenger car sales fell 80%.

Investors should expect the global economic news flow in the next few months—at least—to head towards what we are seeing now in China. And S&P 500 earnings growth, which was already zero coming into the virus, to be sharply negative in Q2. Indeed, passive management has become a death sentence for your standard of living.