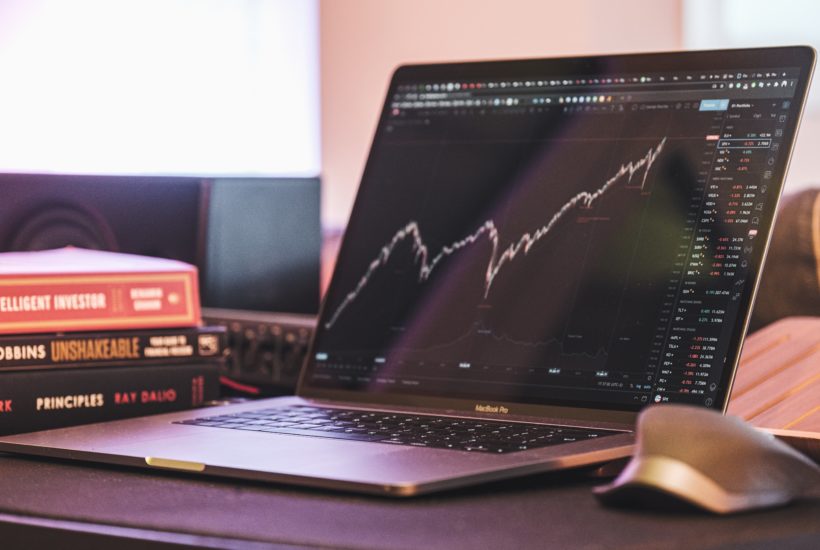 If I were to speak of the sum total of the market’s action so for 2022, what would I say? Maybe something from Bob Dylan; something like “A Hard Rain’s a Gonna Fall.” Forget about financial assets being historically overvalued. They have been for decades since Alan Greenspan managed “monetary policy” in the late 1980s.  The stock market’s real problems today are structural, complications that have been festering for years, and now coming into view in 2022:

Like it or not, since WWII, bull markets in financial assets happen during times when Washington’s politicians and bureaucrats were honest and competent, and the banking system and US dollar were strong.

Okay, since WWII this has never been true, not for a day.  However, that didn’t matter.  What mattered was the market had confidence all was right with the world.  With the Dow Jones at the close of this week closing below its BEV -10% line, CONFIDENCE in the bull market on Wall Street is fading.

The Dow Jones in its daily bar chart below continues its pattern of descending tops and bottoms.  This technical pattern has continued since the Dow Jones last all-time high on January 3rd.  If the Dow Jones sees a daily close below 32,500, that would not be good for the bulls.  How far can the Dow Jones go down before we see a selling panic develop in the stock market?

Does the stock market have to see a selling panic?  No, not if it turns around and once again begins rising towards new all-time highs.  Speaking for myself; my CONFIDENCE that the stock market is capable of doing that isn’t what it used to be.  I think that is true for a growing number of investors.

On Monday the Dow Jones Utility Average saw a new BEV Zero, then remaining in scoring position (BEV -0.01% to -4.99%) for the rest of the week.  But the other major indexes have all deflated below scoring position, and continue trending towards ever deeper double-digit BEV values.

Looking at the table listing major market indexes performances (above left), since November 5th, a week where seventeen of the above indexes made multiple BEV Zeros, the stock market has seen its valuations deflate.

Many avocates for gold and silver still complain of poor market action for the old monetary metals – me too!  But since early last November, how many money managers, or retail investors wished they invested in gold and silver, instead of the hot NASDAQ glamor issues?

I don’t know exactly what is going to happen in the next few months.  It’s possible the stock market will rebound as commodity prices come down from their current highs.  But on a longer term, I anticpate these two trends will continue; deflating stock & bond markets / inflating commodies (which includes gold and silver).  It’s only a matter of time; weeks, months or years before money now sitting in the financial markets, begins a bum’s rush into commodities, as investment capital flees deflation, seeking the safety found in inflating commodities valuations.

Here is a chart for soybeans going back to 1957, data is weekly.  This is also a history of “monetary policy”, where the effects of the past half-century of inflationary monetary policy can be seen.

Since 1957, there are many of other commodities that record this same history of US “monetary policy.”  As an investor, you want to know where the flow-of-funds are coming from, and going to.  As best as I can tell, right now this flow-of-funds are flowing from financial assets like stocks and bonds, into commodities.  For most retail investors, the best way to play that is by purchasing gold and silver bullion, as well as the mining companies that produce them.

In March 2022, I like the gold and silver miners, as unlike most of the stock market, the precious metals miners have not seen vast flows-of-funds for the past few decades.  Let’s look at the XAU below.  It first traded in 1983, closing its first day of trading at 103.  This week it closed at 158, for a thirty-nine-year advance of 54%.  Of course, in January 2016, the XAU found itself down by a massive 84% from its all-time highs of April 2011, a loss of valuation that a decade later still hasn’t been made good.

I admit it, since the early 1980s gold and silver mining has provided more pain than pleasure to the market.  But in March 2022, that is precisely what I find so attractive about them; these miners are an undervalued and under-owned, commodity-based stock group.  How long will they remain so as the bull market in commodities continues?

In my above table listing BEV values for the major indexes, the XAU is the only group since November 2021 that has advanced, rising from a BEV of -43% four months ago, to close on Thursday of this week at BEV -29.84%.   That’s an advance in dollar terms of about 20%.  “Market experts” aren’t recommending gold miners, but so far for 2022, the XAU and Barron’s Gold Mining Index (BGMI) are the best performing stock indexes I follow.

For those who still insist on exposure to the broad stock market, here’s the table for NYSE 52Wk Highs and Lows below.  Since late January, the NYSE has seen only three days with more 52Wk Highs than 52Wk Lows, with the largest positive net of only 28 on March 2nd.  What is to be seen below is a story of deflation in the stock market.  I fear there will be much more to follow before Mr Bear is finished with the NYSE.

I circled this week’s data in the plot below.  This 10Wk M/A seemed to be trending into new, and lower territory.  So, I checked the weekly values of this 10Wk M/A going back to March 2020, when Powell’s Not QE#4 really took off, and last week’s value was the smallest since April 2020.

In past public statements, Chairman Powell said the Federal Reserve was going to begin raising interest rates and moderating “liquidity injected” into the financial system.  I doubted him at the time, but I don’t anymore.

Keep in mind that the last time the FOMC did this was during its QT above.  Their QT was terminated in October 2019 as overnight repo rates spiked above 20%, at which time Powell’s Not QE#4 officially began, small at first.  His Not QE#4 spiked up during the March 2020 flash crash, when corporate bond yield began spiking and the stock market crashed.  Since then, (the last two years) the Not QE#4 has been “injecting” massive amounts of “liquidity” into the market weekly, but now the FOMC hopes they can return “monetary policy” back to normal levels.

As I see things, if they continue reducing the volume of “liquidity” they “inject” into the market, I expect we’ll see another flash crash sometime in 2022.  I wonder what their Not QE#5 will look like in the chart above?

Should we consider palladium as an investment?  Looking at the chart below, it’s apparent the horse palladium has been riding left the barn long ago.  As far as the precious metals are concerned, I’d say gold and silver remain investors’ best choice.

I was looking at this chart and wondered what the price of the other metals would be had they too seen palladium’s factor of increase of 20.93.  So, I made up the table below to see, and the results were interesting.

I make no claim for the predictive ability of the table below, and you would be wise not to either.  But with Washington and Wall Street using the dollar and the national debt (Treasury Market) as their play things, the desirability of the US dollar in the global markets will continue to diminish, ultimately to zero.  At that point, what will be the dollar price of these metals, or anything else; infinity?  I believe that is how this works.

As even Bill Gates doesn’t have that kind of money, maybe that’s why he has become one of the largest, if not the largest holder of farmland in the United States.  The people at the top know what is coming, and so are taking steps to protect themselves.

Gold and its step sum below continue looking very positive.  What else is there to say, but darn if it doesn’t look like gold is in a bull market?

We’re actually watching a slow-motion crash below, a significant market event that has yet to capture the attention of the investing public or the financial media.

One of these days we’ll all wake up and see the “market experts” on CNBC having a hard time explaining how, from out of nowhere, the bottom of the market just fell out from under it.  But that won’t be true; the Dow Jones and other major market indexes I follow have been developing problems since last November.

Look at the days highlighted in red below.  These days are down days in the market, which along with the advancing days, provide the data required to compute the step sum plots, and the 15 counts.

Along with rising daily volatility in the gold market, this is really good market action for gold.