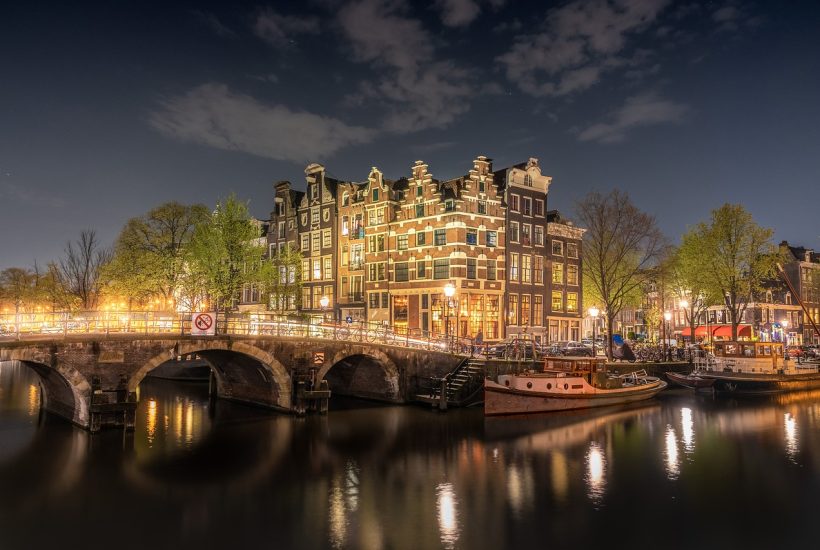 There are countless clichés surrounding the Netherlands: people all ride bicycles, beautiful flowers come from there, and if the Dutch ever travel by car, they clog up the German autobahns with their caravans. Only fintech companies have not yet made it into this list.

Four weeks ago, successful funding for a fintech company from the Netherlands was in the daily news. Floryn was able to secure €65 million for its intermediation platform for corporate loans. The road to becoming a unicorn is likely to be arduous for the new startup given the current economic situation. Other startups in the country had it easier.

Read more about the fintech sector in teh Netherlands and find other financial news from around the world with our companion app Born2Invest.

The Unicorns of the Netherlands

Among the fintech companies that have achieved Unicorn status, there are three that were founded between 2004 and 2006.

Adyen is likely to be known as a payment processor. Also in the payment business is Mollie, whose roots go back two years further, and was founded in 2004. In the same year, Roger Hodenius and Jan van Kuijk had the idea for their digital asset manager Flow Traders.

Adyen is internationally known as a brand. The other Unicorns have achieved their status even more swiftly. Bunq is just 10 years old and blockchain infrastructure provider Bitfury has been around since 2011. Mambu was founded in the same year.

The Dutch are convinced users of online banking. Now, this is not a reach into the cliché box, but statistically provable. In 2021, 91 percent of them will have used online banking. That is not a bad environment for companies that are committed to the digitization of the financial sector. By comparison, in Germany, the rate of online bankers in the same year was just half.

And there is another big difference to Germany: In 2005, eight (!) leading banks in the Netherlands launched a joint payments system. iDEAL is a major success story there. 50 million monthly payments with it speak a clear language. A fact that will also be confirmed by any PSP in Germany that advises companies on entering the Dutch market.

PayPal is rather “nice to have” there, but iDEAL is mandatory. In this respect, it was consistent that Adyen did not even try to go against the pressure of the banks and rather sought its salvation in international markets and found it successfully.

Favorable environment for fintech companies in the Netherlands

Fintech companies find a favorable environment in the Netherlands. The government has set its sights on making the country the best ecosystem for startups in Europe. €65 million have been raised by the government to support startups and scale-ups. Half of the money goes to the TeachLeap program.

There are also some subsidies for fintech in the form of loans provided by the Dutch government, such as the Innovation Credit or the government guarantee for SME loans (Borgstellingskrediet). Closed-end VC funds have the additional possibility to get a subordinated loan from the government to make investments in the tech sector through it.

There is also a whole range of incubator and scaling programs:

Rockstart
Startupbootcamp
Startup Amsterdam
World Startup Factory
The whole thing is further supported by initiatives from the banking world. The largest banks and insurance companies have their own funding programs and labs or have founded their own fintech compaies. ING is not the only one active here, having set up its own fund for venture capital. Also worth mentioning are ABN AMRO, which launched its own lending platform with News10, and Rabobank with its investment app Peaks.

Given these good conditions, it is not surprising that the start-up rate per capita for fintech companies is significantly higher than in Germany. This had already prompted the consulting firm McKinsey to warn that Germany was falling behind as a fintech location in a European comparison.

Focal points are similar to those in Germany

According to KPMG, around 800 fintech companies applied for or received an official license from the regulatory authorities between 2017 and 2021. The startups are working on the same issues as their competitors from Germany.

For example, smaller companies and the self-employed are also an important target group in the Netherlands, as they have to contend with the same problems in the traditional banking environment.

Finom now also offers its services to customers from Germany

Finom is now also active in France, Italy, and Germany, and offers a business account around which other services are grouped. Factris, which raised €10 million in June, offers SME factoring and prefinancing. VATBox has been absorbed into Blue Dot, helping business customers keep on top of the vexed issue of VAT on international transactions. Blue Dot was awarded a lavish $32 million in financing last April.

But of course, issues such as wealth creation and financing also play a role. Frits, funded with around €10 million after successfully completing a Series A, offers mortgage re-financing, while Vive’s app is dedicated to savings and retirement planning.

(Featured image by ansgarscheffold via Pixabay)

First published in Payment & Banking, a third-party contributor translated and adapted the article from the original. In case of discrepancy, the original will prevail.