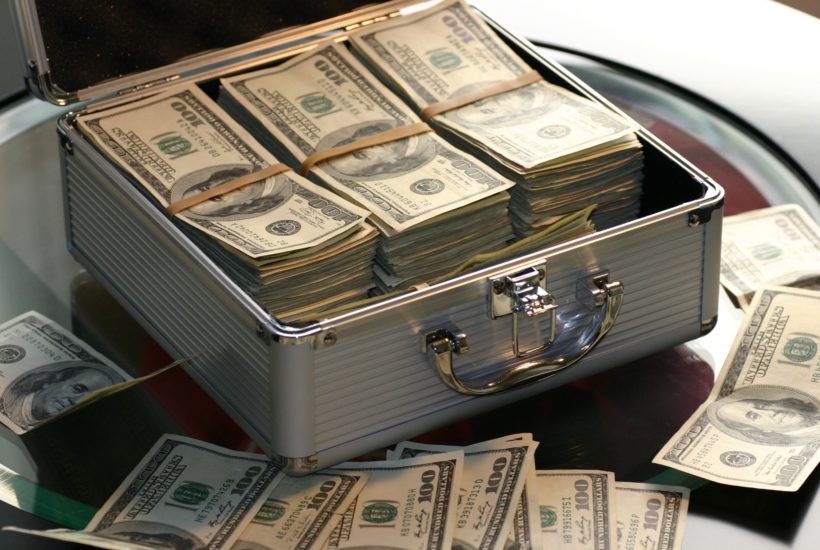 That is the result of the so-called “investment brochure” that Tomorrow published on October 12th, in the course of its controversial crowdfunding campaign. Further key data: As of the end of September, Tomorrow had 53 employees and 40,200 customers, who in turn provided $85.7 million (€73 million) in deposits or an average of around $2,100 (€1,800).

Read more about the fintech company Tomorrow and find the latest business headlines with the Born2Invest mobile app.

From the figures, approximate conclusions can be drawn about customer behavior:

According to Tomorrow, the transaction volume (including withdrawals) in the third quarter amounted to $207.8 million (€177 million). That makes $5,170 (€4,400) per customer. Now it remains unclear whether the transactions tend to be those from which the Fintech company earns money (card payments) or those which may cost the Fintech money (withdrawals). In any case, the customers seem to be fairly active.

According to information of a spokeswoman the proceeds come “to a large extent from the Premium product Zero and further costs approximately around that the account” (like the fee after the third withdrawal). Without wanting to calculate too much back and forth now: The share of premium customers among the total of 40,200 customers should at least not be significantly higher than 10%. This is where the self-confidence of founder Michael Schweikart comes as a surprise, as he indirectly promised potential crowd investors in the recent South German interview that the company’s value would increase to $1.18 billion (€1 billion).

Specifically, Tomorrow is advertising investment of between $117.7 (€100) and $29,400 (€25,000) in a “subordinated token-based” profit participation right that is brokered and managed by the crowd investing platform Wiwin. The Fintech company offers small investors the prospect of either participating in distributed profits or exit proceeds – or, in the event of termination of the participation right, to receive retroactive 5% interest per annum. The placement will be made at a company valuation of $58.8 million (€50 million). There is no information about the costs of the placement in the brochure or on the crowd portal Wiwin page.

Tomorrow GmbH has not yet published audited financial statements in the Federal Gazette since its foundation in 2017 and, according to its own statement, plans to do so for the first time with the 2020 financial statements. The brochure now presented is not a binding securities prospectus – which is perhaps better. Because in the breakdown of the costs incurred to date, Tomorrow has roughly miscalculated. As to the previous cash burn of the aforementioned 8 million euros, it says: “37% of these funds went into personnel costs, 31% into banking costs, 10% into marketing and 32% into other costs” – which adds up to 110%. The other costs are in reality only 22%.

Tomorrow as a pure service provider (bank in the background is the Solarisbank) offers two products: A free account called “Tomorrow Free” as well as a paid account called “Tomorrow Zero” for $17.6 (€15) per month with unlimited free withdrawals, a Visa debit card, so-called “Pockets” (these are sub-accounts) and the promise to contribute to climate protection. Interchange fees also flow into climate protection projects after deducting their own costs.