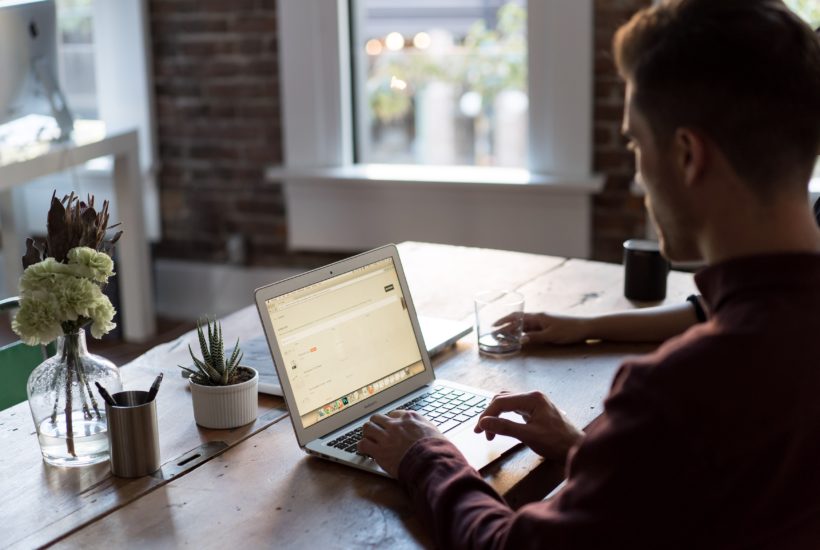 In recent years, around 320 fintech companies have appeared in Spain, although this figure went up to almost 400 by the end of 2019. Spain is experiencing a boom in the emergence of new innovative financial technology companies.

Updated throughout the day, Born2Invest mobile application is a professionally curated digest in the financial technology field, with the best business, fintech, and finance news from the most trusted sources, in 80 words or less.

Major banks failed to meet the rising demand for online services and fintech companies stepped up. These companies offer digital payment or consumer credit. They quickly found a following among consumers who didn’t want to waste time in a branch.

According to data from Finnovating, in recent years, around 320 fintech companies have appeared in Spain, although this figure reached almost 400 by the end of 2019. The progress of the fintech sector has awakened the financial industry, which has repeatedly called on the regulators for greater supervision of these types of companies.

The main objective of fintech is to streamline processes to comply quickly and effectively, not only for users, but also for new competitors, and to give priority to the needs of the customer who seeks agile and effective solutions with technological innovation.

According to the latest edition of the Fintech radar report for Spain in 2019 by Finnovista, this technological ecosystem has increased by 16% in the last year, reaching 392 companies by the end of October 2019. This dynamism in entrepreneurship is related to the consolidation of the segments with the highest number of startups, i.e. digital payments and loans, which add up to 31%.

The data collected in this study reflected that only 19% of the 150 startups that responded to the survey, had a woman in the founding team. This is in contrast in terms of what happens in other countries with a consolidated Fintech ecosystem. Another key aspect in the report is to do with internationalization: 52% of the startups have operations outside Spain.

Experts assure that the fintech sector is important in Spain’s development because unlike classic banks, it offers personalized products. This is thanks to: the accumulation and the analysis of the data collected from their clients, the use of big data pools, various tools of analysis, and more savings by the automation of processes, among other factors.

Entrepreneurs stated that there are areas where they can receive support from regulators and public institutions. Specifically, more than 70% of the startups surveyed believe that initiatives such as the fintech sandbox still need to be given greater impetus in their country.

The conditions for the emergence of new companies and the consolidation of the sector are very positive: a strong development of new online technologies; the greater autonomy of investors in the management of their resources, and the increase in demand for alternative financing to that offered by traditional banking.

In fact, the fintech sector contributes to the Spanish financial fabric. In José María Pastranas’ opinion, a partner in the commercial area of the Ceca Magán law firm, these companies “represent the breakdown of financial services historically controlled by traditional banking, specifically payments, transfers, and financial information aggregation services.”

Factors that drove the fintech world

There are three main aspects that drove the fintech world: the mistrust of users towards traditional banking, an outdated service offer, and the commissions applied by banks in the provision of such services. In response to this, modern applications have emerged that are very easy to use and allow users, many of whom are younger customers – millennials – who will never set foot in a physical bank, to carry out their typical banking operations from the comfort of a mobile device.

For Pastrana “this technological revolution was already known, which is why some banks and traditional payment systems began to develop their own tools or directly acquired fintech companies. Those traditional banks that have not been able to adapt to the fintech revolution will undoubtedly have a problem that will directly affect their income statement, even more so, in the financial context of low or non-existent interest rates, which directly impacts their traditional business.”

Finally, the fintech sector is not a passing fad but has come to stay, with around 320 of these companies having emerged in 2019. Following the profound legislative changes that have taken place in Europe in particular in recent months, with the transposition of Directive (EU) 2015/2366 of the European Parliament and the Council of 25 November 2015 – known as PSD2, – these changes have brought a real revolution in the design of the single integrated payment system in Europe.

One of the primary challenges faced by the fintech sector in Spain, is the development of a regulation to allow a test bench to regulate, order, and lay the foundations of the sector, so that these companies can develop their business on equal conditions. This is what is known as sandboxing.

Rodrigo García de la Cruz, president of AEFI (Spanish Association of Fintech and Insurtech) is convinced of the suitability of implementing the legislative tools to create a sandbox in Spain. “This is a controlled and not deregulated testing space, a mechanism governed by a series of supervision protocols made available to the parties involved, through which a series of innovative projects will be identified, and whose development will represent a significant advance in terms of the provision of financial services in Spain.”

García de la Cruz defends his words saying that this space will operate through a series of periodic calls, thanks to which the projects admitted will enjoy an initial period of six months, which can be prolonged, during which they can be developed under the attentive eye of the appropriate supervisor. The supervisor will not interfere with the formal essence of the business, but will study its advantages and disadvantages in order to determine whether or not it should be allowed to develop its model legally.

SEE ALSO  How new homeowners can keep track of their finances

“In other words, the sandbox is designed to create safe conditions in which technological innovations can be tested with maximum guarantees both for the participants in each process and for any third party that may be involved in it – especially consumers,” he explained.

The approval of the sandbox will ultimately lead to a high increase in investment in the fintech sector and InsurTech industry, since the rule that regulates it – currently, the Draft Law on Measures for the Digital Transformation of the Financial System approved by the Council of Ministers on February 22nd, 2019 – works as a bridge that will encourage financial institutions and venture capital to invest in startups and scale-ups, and to collaborate with them. In addition, the Sandbox will increase competition and improve regulation of the creation of innovative companies in the sector.