France aims for more destinations in the country to be more accessible to French and foreign tourists, and to promote them effectively. 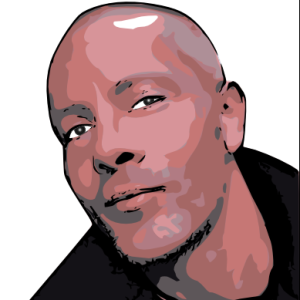 Every year, France greets over 85 million international visitors, most of whom are focused on the capital and “two or three regions.” The “Destination contracts” launched by the government to promote certain regions are hoping to change that situation. Isabelle de Foucaud reports for France’s Le Figaro.

“In tourism, France is much like a gifted student who does not live up to his promises,” said Laurent Fabius, Minister of Foreign Affairs and International Development, on December 16 when he officially launched the country’s “destination contracts” whose principle was announced at the end of the tourism summit last June. The idea behind the initiative is to pull out of Paris some of the millions of international visitors who come each year to France but who tend to focus on the capital and “two or three regions.”

The purpose behind these destination contracts is to create a “brand” around a territory by bringing government and private stakeholders in tourism together (hotels, restaurants, shopping, etc.) around a given theme, say oenology in Bordeaux, the mountains in the Alps or the castles of the Loire in the Loire Valley. This brand is meant to give visibility to these regions internationally. “Just like a trademark,” said the Minister.

Four priorities have been made since last summer: Tarn-et-Garonne, Alsace, the Great War and historical tourism in Normandy.

To this list, an additional 11 territories have been added: the Alpes, Auvergne, the Bay of Mont-Saint-Michel, Biarritz, Bordeaux, Burgundy, Lyon, the Vosges, Jura and Normandy and the Ile-de-France. The chosen themes to be branded revolve around the mountains, wellness, gastronomy, oenology, the castles of the Loire or Impressionism. Other themes will be selected by March 2015.

Promoting wine tourism in the Bordeaux and Bourgogne regions of France is one of the government’s priorities this year. (Source)

Last year, France hosted 84.7 million international tourists. “Tourists come to us, but do not stay long enough and therefore do not spend enough money,” lamented Laurent Fabius. He stressed the fact that the Spaniards are welcoming 25 percent less tourists than the French each year but earn 25 percent more. The Minister has set his sights to 100 million visitors per annum but refused to give himself a deadline to meet that goal. “France is rich in its diversity,” he said. “But tourists need to be aware that these places exist and we need to promote them effectively, by making them accessible to French and foreign tourists,” he insisted. Each selected area will receive a grant of 75,000 euros over three years from the State, half of which was to be paid before Christmas of 2014, 30 percent in 2015, and 20 percent in 2016.