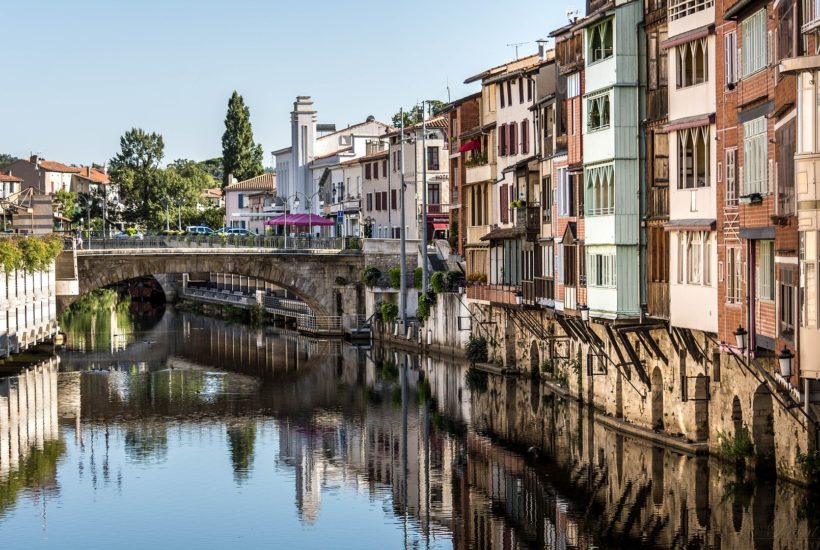 Find out more details about the French real estate crowdfunding market and read the latest business news in the world with the Born2Invest mobile app.

With $208.8 million (€184 million) collected over the first six months of the year, the real estate crowdfunding sector continued to grow steadily (+43% compared to the same period last year). The same trend is evident on the repayment side, which represented $87 million (€76.6 million), compared to $47.7 million (€42 million) last year (+82%).

The monthly breakdown of inflows revealed certain stability in the market, with nearly $107 million (€94 million) of investments in Q1 compared to more than $102 million (€90 million) in Q2. These figures show that despite the health crisis, the market has remained particularly active, notably thanks to the digitalization of the sector, which has favored business continuity.

It should also be noted that despite the sharp increase in the amounts collected, the number of projects financed increased slightly (+7%), due to the larger size of the operations financed  $912,212 (€803,570) on average, up +16.6% compared to 2019. This is a positive signal for the market, whereas 2019 had already seen an increase of 27.8% in the average amount of operations, explained in part by the raising of the collection ceiling for crowdfunding platforms to $9 million (€8 million) instead of $2.84 million (€2.5 million) per operation under the Pact law.

A strong regional polarization of investments

Ile-de-France $101.2 million(€89.2 million), Auvergne-Rhône-Alpes $26.6 million (€23.4 million), Southern Region $17 million (€15 million). These three regions alone – which were already the market’s TOP 3 regions in 2019 – accounted for nearly 70% of the total inflow into the French real estate crowdfunding market in the first half of the year.

An average annual return of 9.4%, with a decreasing average investment period

As an indicator scrutinized by investors, the average annual return proposed for the operations financed in the first half of the year was 9.4%. Slightly higher than the return for the first half of 2019 (+0.2 points), it should at least stabilize over the year 2020. While promoters have seen some of their construction sites extended due to health measures, this will in fact lead to a longer blockage of their equity on these projects. In order to free up new equity to position themselves for other operations, they could be led to offer higher returns to accelerate their fundraising.

According to data provided by several platforms, representing 50% of total market inflows, the projects attracted an average of 490 investors who invested $1,862 (€1,640). Combined with the return and the average investment period, these figures allow us to calculate an average gross gain of $306 (€270) per project in which savers have invested.

An average annual return of 9.4%, with the average investment period decreasing

The residential sector is growing in importance and represents the majority of projects funded.

Of the 229 real estate transactions financed in the first half of the year, 86% were residential transactions. This is significantly more than in the first half of 2019 (79%). There are several explanations for this increase, on the one hand the constant increase in projects for sale of goods on the market, the proportion of which has almost doubled compared to last year, rising from 24% to 38% of projects.

On the other hand, since 2019 the emergence of new co-living projects could be observed, a diversification that prefigures an interesting development for the market. Real estate crowdfunding is also becoming more democratic as a tool for financing new forms of urban housing, strengthening social ties, in line with the aspirations of new generations in particular.

The other asset classes all recorded a slight decline over the first six months of the year compared with the same period last year.

The “average project” financed during the first half of the year was a residential operation of 40 housing units in the Ile-de-France region, carried out by an operator with revenues of $12.5 million (€11 million).

As for the average default rate, calculated on the basis of projects that have suffered a loss of capital and/or loss of interest since 2012, it is evaluated at 0.74%, up 0.17 points. In an effort to ensure transparency, the Hello Crowdfunding project aggregator updates data on the progress of the various projects every month, thus making it possible to identify projects that are behind schedule.

(Featured image by daott81 via Pixabay)

First published in ideal-investisseur.fr, a third-party contributor translated and adapted the article from the original. In case of discrepancy, the original will prevail.