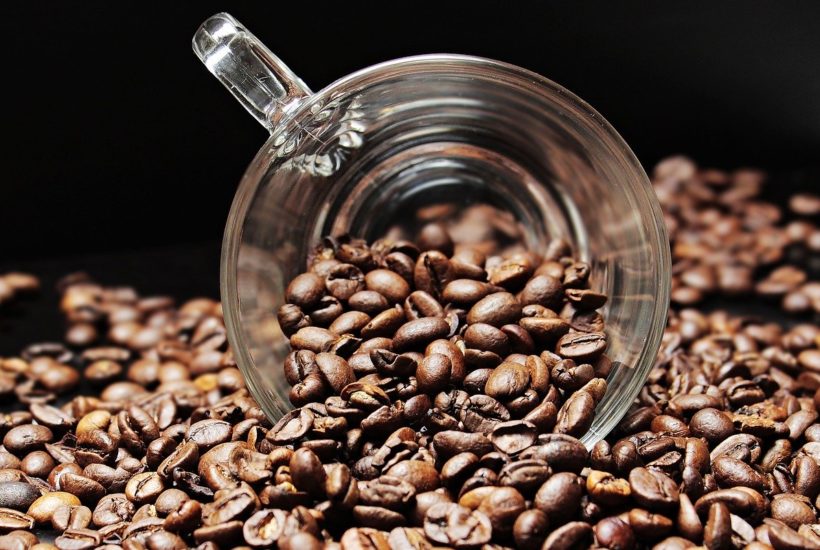 Winter Wheat markets were higher as the Winter Wheat harvest expanded north and as the Spring Wheat was developing under good growing conditions. Yield reports from the region have been variable, but generally a little better than expected. USDA cut Winter Wheat production to 1.218 billion bushels and put Spring Wheat production at 550 million bushels. Durum was estimated at 56 million bushels. World ending stocks data were as expected for the old crop and a little less than expected for the new crop. Production was cut for the EU and cut slightly for Russia. Ukraine production estimates were unchanged. The Winter Wheat markets hold to bearish trends on the weekly charts. Spring Wheat markets show downtrends as good conditions are also reported in much of Canada. It remains dry in the western sections of the Great Plains but this will aid harvest progress now. Better rains are reported in Europe and Russia. Australia remains in good condition. Prices usually move lower and remain down through the harvest.

Corn was lower in reaction to the USDA reports and as the weather forecasts were unknown after the hot and dry weather for the coming week. USDA cut production estimates in line with the changes in planted area but left the yield estimates unchanged. It also cut demand, but ending stocks were still less than trade expectations. Brazil’s production was increased but Argentine production was unchanged. Futures markets have had hot and dry weather in much of the Midwest this week to support prices, and the weather market is here as there are some forecasts for hot and dry weather for the next week or two. There has been rain in the north in the past week, but many other areas have been hot and dry. The ability of futures to hold rallies will depend on how much heat and for how long it stays dry in the Midwest. There have also been problems with demand.  Meats processors are back and are aiming to restore 80% to 85% of capacity kill rates in their plants.  The backlog of Cattle and Hogs will slowly disappear under this scenario and meats wholesale and retail prices are falling.  Ethanol demand is also improving as lockdown orders are lifter in most states and in Europe. Demand for gasoline and ethanol has gotten a little stronger and should continue to improve over time.

Soybeans were lower on less than hoped for Chinese demand and higher production in the Friday USDA reports. USDA raised production in line with the changed planted area and left yields unchanged. Demand was increased on the domestic side but cut on the export side. World data showed increased Brazil Soybeans production. China has become a much more active buyer of Soybeans here in the US and has promised to ramp up purchases in order to comply with commitments it made under the Phase One trade deal. China has remained a very active buyer in South America even as it has increased Soybeans buying here in the US, so the overall amount taken from the US might not match the hopes of the trade. Brazil prices have been creeping higher for the rest of the world as it starts to run out of Soybeans to export, so China and the rest of the world will look to the US and Argentina for additional supplies. The US weather is considered good for growing Soybeans at this time but forecasts call for hot and dry weather in the next couple of weeks. Ideas are that USDA will show slight deterioration in crop conditions this week.

Rice was lower due to the USDA production and supply and demand estimates and as harvest comes closer. New crop prospects appear solid for increased production in the coming year. The combination of good export buying in general and the buying inside the US due to the Coronavirus has made the market short old crop Rice. There are ideas that the mills are well covered into new crop, but little Rice is available from producers. The crops that got planted are in very good condition in the south and near the Gulf Coast but planting was more problematic in parts of Mississippi, Arkansas, and Missouri. Ideas are that the long grain got planted and producers did not plant medium grain if some prevent planting was needed. USDA increased domestic demand but cut export demand in its estimates on Friday. World ending stocks estimates were increased with most of the increase in importer countries.

World vegetable oils markets were higher last week. Palm Oil closed higher after news of renewed demand interest from India and China and on reports of less production from Malaysia. SGS and Amspec reported improved exports in its data last week and MPOB released positive data for the month of June. Higher world petroleum prices helped with ideas of increased biofuels demand  Palm Oil has been hoping for better demand from importers as world economies slowly open after being closed by the Coronavirus epidemic. Indonesia continues to focus its Palm Oil on internal demand for biofuels. Soybean Oil and Canola were higher.  Soybean Oil found support on increased demand ideas partly fueled by higher world petroleum prices. Canola fell initially on improved growing conditions in the Canadian Prairies. Canola has found support from the weaker Canadian Dollar and ideas that not all areas were in good shape. The weather has been warmer the past couple of weeks after weeks of cold and wet weather.

Cotton closed higher as bad growing conditions continued in West Texas and as farmers planted less than expected area to Cotton at 12 million acres.  USDA reflected these changes in its monthly supply and demand updates on Friday.  USDA also trimmed export demand but left domestic demand unchanged. Ending stocks were lower and were also lower in the world data. Reductions in ending stocks were noted in the US and in importer nations. Signs of an improving economy in the US and around the world really helped ideas of better Cotton demand. The world is starting to slowly recover from the Coronavirus scare and some stores are starting to open again after being closed for weeks. However, economic improvement in the US was thrown into doubt as Coronavirus cases surged higher in states that had reopened. The retail demand has been slow to develop as many consumers got hurt economically due to stay at home orders during the height of the pandemic and have little disposable funds to spend on clothes. Demand will slowly improve but the industry should have plenty of supplies to work with in the short term. The US weather situation is mixed, with good rains noted in the Southeast and good conditions in the Midsouth.  However, it has been very hot and dry in West Texas, and crops there are suffering.

FCOJ was a little higher. Florida production is now estimated at 67 million boxes, unchanged from last month. California and US production was increased. Support is coming from the continued effects from the Coronavirus that are keeping people at home and drinking Orange Juice.  Demand from grocery stores has remained strong in response to increased consumer demand. Inventories in cold storage remain solid so there will be FCOJ to meet the demand. There is increasing concern about the food service demand not improving even with the partial opening of the states.  The weather in Florida is currently good for the crops. Southern areas are cooler and have seen more frequent showers. The tree condition is called good. The Valencia harvest is almost over. Brazil has been dry and irrigation has been used. The harvest is increasingly active in Brazil.

Futures were lower in New York but little changed on London. Trends are still sideways in both markets. The Coronavirus has returned to the US to kill demand hopes. Europe is in much better shape battling the virus. The Brazil harvest is active but shipping and collection have become very difficult due to the widespread outbreak of the Coronavirus there. Even so, the pickers are showing up for work. Ideas are that production will be very strong this year as it is the on year for the trees. The strong production ideas are coming despite hot and dry weather seen in the country at flowering time. Vietnam also had hot and dry weather at flowering time and production ideas there are less than original expectations of a bumper crop. The demand from coffee shops and other foodservice operations is still at very low levels. Consumers are still drinking coffee at home and the return of the Coronavirus outbreak will keep things that way. The logistics of moving Coffee from Central and South America remain difficult. Shipping logistics have improved somewhat, but many are still having trouble getting the Coffee to ports to move to consumer nations.

New York and London closed lower on reports of an active Brazil shipping program for Sugar. Ideas are that there is plenty of Sugar for the world market, but getting the Sugar moved is becoming more difficult with the widespread Coronavirus outbreak in both Brazil and India. Brazil mills have shifter part of the crush to Sugar production due to less ethanol demand. India is thought to have a very big crop of Sugarcane this year but getting it into Sugar and into export position has become extremely difficult due to Coronavirus lockdowns. Thailand might also have less this year due to reduced planted area and erratic rains during the monsoon season.  There are reduced flows from rivers from China as well.

New York closed higher and London closed lower. There are a lot of demand worries as the Coronavirus is not going away and could be making a comeback in the US.  Europe is in much better shape in battling the virus.  Harvest is now over for the main crop in West Africa and the results so far are very good. The reports from West Africa imply that a big harvest in the region. However, the Midcrop could be less due to dry weather earlier in the season. Arrivals are on a pace about the same as last year. Ideas are that Southeast Asia also has good crops.

(Featured image by pixel2013 via Pixabay)