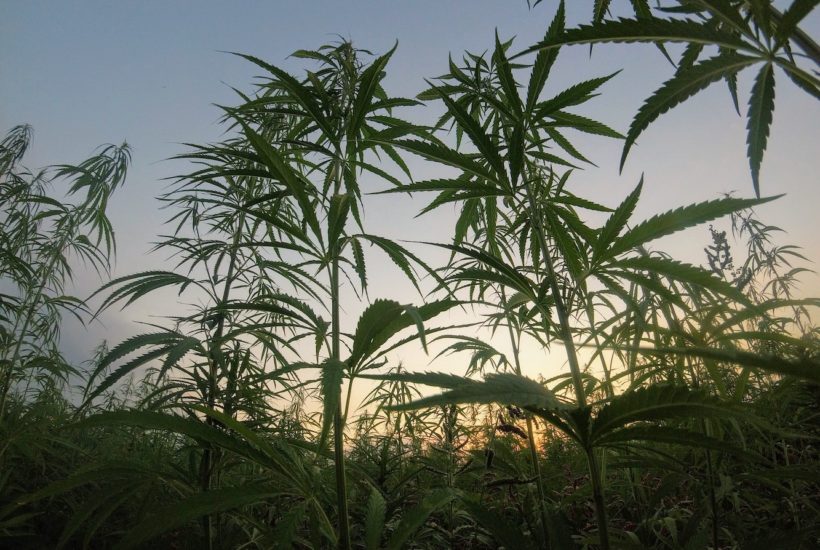 Early days of the legal cannabis market in the United States and Canada were full of optimism and high hopes. Since cannabis users were postulating a liberalization of marijuana laws for decades, it was safe to assume that the demand will explode after the legalization. Despite this there have been some wobbles in the market and certain sectors are doing better than others.

For more than a year, countless news kept bashing us with the promise that the size of the legal cannabis market could reach as much as $146.4 billion by 2025. While optimistic, the number stayed reasonable enough to make cannabis entrepreneurs fall for it. Some of them apparently did catch the bait, as many cannabis producers started this year overprepared.

Top cannabis growers like Canopy Growth (NYSE:CGC), Aurora Cannabis (NYSE:ACB), Cronos Group (NYSE:CRON), and Tilray Inc. (NASDAQ:TLRY) marked the year by waging a silent war focused on cranking up their production capacity that could help them establish dominance over the market and crush their competition. With the help of investors, swayed by the promise of slicing a piece of the $146.4 billion cake for themselves, the principal marijuana growers had enough funds to fuel their expansion.

Since no exact data existed, as the market was straight out of the maternity ward, estimating the demand was more of a guessing game than a calculated operation. All the significant growers kept on expanding and in effect, the collective of biggest Canadian pot growers will soon operate at an output of approximately 1,500,000 kilograms annually. Recent studies point out that this might be almost twice as much as Canadians are ready to consume. Since shipping cannabis over the border is a complicated subject, the market might choke on its own oversupply. And that’s just the beginning.

Canopy Growth vs. the authorities

Canopy Growth Corporation (NYSE:CGC) invested significant funds over the year to retain their leading market position – both in terms of market cap and production capacity. After the $4 billion investment from beverage behemoth Constellation Brands (NYSE:STZ), Canopy Growth had enough cash on their hands to open new production facilities and expand to the U.S. by acquiring Acreage Holdings, Inc. (OTC:ACRGF)  for roughly $300 million. This raging expansion quickly contributed to Canopy’s downfall.

As every business would wish, Canopy Growth relied on regular sales that would effectively empty their warehouses and make space for more merchandise arriving from new production sites. This hasn’t happened for two reasons.

Firstly, the original demand across Canada has been misjudged, leading to supply imbalances between provinces. Even in the wake of the legalization, some consumers were left without real access to the products.

Secondly, the Canadian authorities underperform in terms of issuing new licenses. While there are no particular problems with obtaining cannabis products in Alberta and other provinces, Ontario has some serious issues. The most populous Canadian province, topping at roughly 14.5 million inhabitants, issued licenses to a mere 10 cannabis dispensaries. For Canopy and other growers, it means tons of products that cannot leave warehouses, while new merchandise arrives from production facilities.

In effect, the biggest cannabis grower had to revert on their financials, publish underwhelming results, and gather outspoken criticism from all sides. Investors who placed their bets on Canopy wonder now was there a better choice than a company changing CEO every couple months and swimming in lawsuits.

Canopy’s demise stems from their global approach and the attempt to control multiple markets at once, while the rules weren’t clear yet. Veritas Farms Inc. (OTCQB:VFRM) also opted for expansion, but in a more controlled way, where decisions were made on facts and not optimistic speculation.

Instead of relying on partners and acquisitions, Veritas Farms targeted a whole vertical of a plant’s life and established operations that encompass growing, processing, as well as distributing the products to dispensaries. This renders Veritas resistant to imbalances on the market, as in case one of the fields would underperform, the others still keep the business in good shape.

Canopy Growth was forced to review its financials twice this year, setting its revenues far lower than expected. In the meantime, Veritas Farms announces that revenues have gone up 165% to $1,215,810 compared to $459,329 in Q3 2018. This comes as a result of an aggressive customer acquisition campaign that exposes Veritas’ line of products at such iconic spots as New York’s Times Square, as well as establishing a broad network of vendors, that has just surpassed 5,000 locations.

Among results as these, Veritas Farms can plan their further expansion in a smart and reliable way, as there is enough tangible data to estimate real returns from investment. The company ends this year with signing a lease on a 35,000 sq foot facility in Denver, Colorado, that will house BRC certified clean rooms, formulations laboratory, and supporting spaces. The new location will allow for manufacturing more of the full-spectrum premium quality hemp products Veritas Farms is known for.
This extra space sets Veritas Farms in the right position to continue their smart expansion and allow for a breakout in the upcoming year. While cannabis giants like Canopy Growth or Aurora Cannabis are gathering their own pieces, Veritas Farms boldly enters the new year, proving that scaling up without a solid expansion plan can be destructive. Canopy Growth is expected to be profitable within 3 to 5 years. Veritas Farms is going for another record year. In this case, who’s the real champ of expansion?