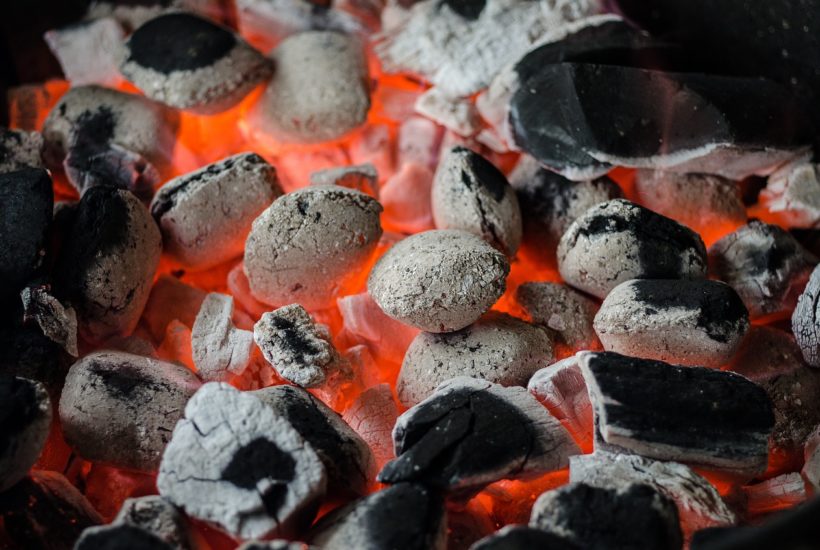 Abdoul Dramane Conombo from Burkina Faso has been manufacturing ecological coal for some time now. The production of this fuel is, according to him, an activity that is both profitable and respectful of the environment. It is obtained thanks to a mixture of burnt plant waste powder and water. According to Dramane Conombo, our consultant trainer on ecological charcoal, the consumption of charcoal can cause respiratory problems.

Moreover, the production of charcoal would be at the origin of massive deforestation. A situation that leads foresters to be sensitive to the preservation of the environment. It is in this dynamic that Dramane Conombo proposes this ecological alternative that will help many households. “The ecological coal has more advantages than charcoal. It burns well, does not emit smoke, and cooks meals perfectly. Comparative burning tests have shown that eco-friendly charcoal lasts longer in the fire than charcoal. And a little ecological charcoal is enough to cook food,” he explained.

He also said that the production of charcoal contributes to the preservation of the environment, reducing desertification and keeping the forests clean. It is an activity that contributes to the creation of employment for young people, but also to clean up the living environment, by ridding industries of their waste. In addition to helping to save the forests, this activity allows the entrepreneur to earn a living.

Read more about the production of ecological coal in Burkina and find the latest economic news from around the world with the Born2Invest mobile app.

An ambitious project to preserve the environment

While he was a student at the School of Water and Forests, Abdoul Dramane Conombo decided to carry out a study, as part of his thesis, on the timber of the city of Bobo-Dioulasso. It was during his research that he became interested in this ecological charcoal project, with the objective of fighting deforestation in Burkina Faso.

“As part of my research, I had to work with sawyers (carpenters) and in my rounds, I saw that there was enough residue of sawdust stored. With the news, we also heard about ecological coal from Senegal or Ghana. It was on YouTube (internet) that I saw videos of a student who was making a presentation and I said to myself why not start at the same time in this field,” he said.

Thus, Dramane Conombo approached the officials of the Regional Directorate of Environment in Bobo-Dioulasso, to tell them about his project. “After explaining my idea to them, they put me in contact with people from whom I learned the training. So after my training, I started the production activities at home. I have very big ambitions and I intend to open my own industrial production,” he said.

To date, Dramane Conombo has been able to acquire some materials at his own expense for the establishment of his plant, in order to make the production of ecological coal, he said, a major activity to reduce desertification. In the same dynamic, he continues to train in order to share his knowledge with all those who want to embrace this profession. According to him, the fruit of his research on the production of ecological coal with cashew shells is the first in Africa and the second in the world after China.

For Abdoul Dramane Conombo, Water and Forestry Officer and trainer on ecological coal, several processes exist to obtain this fuel. This depends on the type of waste produced in a given locality. “Among the wastes that can be used in the production of ecological coal, we have cashew or peanut shells, rice bran, shea cakes, leaves or grasses, etc.,” he said.

These wastes alone cannot produce ecological coal. Hence the need to combine them with other components. “From the outset, we must associate binders to have a compact material. First, we need water, which is one of the raw materials. After that, we need the starch which is the starch of cassava source. The gums of the trees can be associated also to make the matter compact. It is necessary to have white clay well crushed which will be mixed also to obtain ecological coal,” he explained.

After mixing, the coal is obtained in a raw way without going through carbonization or carbonization, which is more advisable to avoid flames and smoke during its use. “For this second step, we have to put the material obtained in the ovens to evacuate most of the water that is in it. Then we move on to grinding. After that, we move on to mixing the product with a binder (depending on the composition made) to keep the material always compact and less wet. Once the mixture has become homogeneous, we move on to manufacturing with the means at our disposal and according to the mold we have,” said Abdoul Dramane Conombo.

The ecological coal is used in the same way as ordinary coal. And it is advisable to extinguish it with sand once you finish using it. According to Mr. Conombo, this coal allows households to save more, since it is cheaper on the market and it lasts a long time on the fire. This activity is therefore welcomed by actors of environmental protection.

“Any help is welcome to expand my business”

Abdoul Dramane Conombo is very ambitious. Anything that leads him to see far in his project despite the financial difficulties. To position his company as a leader in the manufacture of ecological coal in Burkina Faso, he says he needs support. That’s why he multiplies actions to acquire mass production equipment.

Featured image by Skitterphoto via Pixabay)

First published in le faso.net, a third-party contributor translated and adapted the article from the original. In case of discrepancy, the original will prevail.