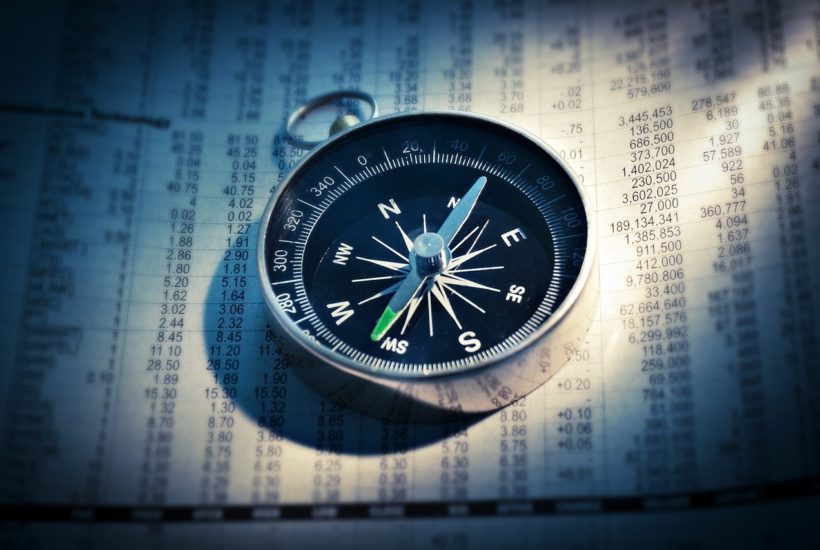 The Minister of Economy and Finance, on the proposal of the Bank of Italy, ordered on Saturday, May 22nd, the compulsory administrative liquidation of Aigis Banca spa, the fintech credit institution born as a result of the transformation process of GBM Bank, which began at the end of January 2017, when the bank had come out of extraordinary administration, following its acquisition by Metric Capital Partners. Liquidating bodies appointed by the Bank of Italy are Francesco De Santis, as liquidator, and Andrea Di Cesare, Maria Rita Schiera, and Alessandro Zanotti, as members of the Supervisory Committee.

The new look of GBM BanK and the new name were presented to the press only a few months ago, last December 2020

Aigis Bank’s mission was to offer synthesis services between fintech and banking, supported by the use of automation and artificial intelligence (AI)-based technologies, to ensure fast response times for entrepreneurs looking to apply for financing and factoring. Aigis Bank also collected consumers’ savings through deposit accounts and current accounts remunerated at a rate of 0.5% and with zero charges (if the minimum balance is $3,670 (€3,000) and utilities/salary/pension are credited to the account).

But Aigis Bank’s mistake was that of significantly expanding its activity in Germany (last December it had announced that it had 15 thousand clients, 10 thousand of which were in Germany) and of exposing itself to Greensill Bank AG, the German subsidiary of the London-based Greensill Capital, founded in 2011 by the Australian Lex Greensill, former banker at Citigroup and Morgan Stanley, until recently a unicorn scaleup, among the main reverse factoring operators at a global level.

Last March, Greensill Capital filed for insolvency due to the non-renewal of insurance guarantees on $4.6 billion in loans from the Bond and Credit Company (Tokyo Marine), opening a pandora’s box that caused an uproar at Credit Suisse, whose funds bought billions of dollars of corporate loans securitized by Greensill, and that will result in a heavy write off for Greensill’s main investors, namely General Atlantic and Softbank’s Vision Fund. Shortly after, the German subsidiary filed for insolvency, with a contagion effect that spread to various banks, including Aigis Bank, which, however, did not have the broad shoulders to absorb the blow.

In order to protect the rights of depositors and clients of Aigis Bank, the liquidator proceeded, with effect from Sunday May 23rd, to the transfer of the company’s assets and liabilities to Ifis Bank, which took over the transferor’s relations with its clients without interruption. Clients and depositors are therefore unaffected by this changeover: the bank’s offices, branches, and telematic channels are operating normally; all banking operations can be carried out and are not interrupted.

SEE ALSO  What are the repercussions of inflation targets?

The intervention plan was implemented with the support of the Interbank Deposit Protection Fund (FITD). The price paid by Ifis Bank, at the symbolic price of one euro, together with the intervention of the FITD, for a total of $59.8 million (€48.8 million), and the terms of the contract guarantee the absence of material impact on the Ifis Bank Group’s capital ratios (CET1), asset quality and income statement.

Frederik Geertman, CEO of Ifis Bank, explained: “The intervention of Ifis Bank makes it possible to avoid the serious social and economic consequences caused by the situation created at Aigis Banca, as a result of the latter’s exposure to Greensill Bank AG, which has been in insolvency proceedings since March 2021. The intervention of Ifis Bank will take place by protecting the savings of retail customers, guaranteeing the continuity of loans to businesses, and safeguarding the employment of the people who work there. Aigis Banca is focused on lending to small and medium-sized enterprises and raises funds through remunerated current accounts and deposit accounts. The similarity with the activities of Ifis Bank will allow us to effectively manage the integration process”.

The perimeter to be acquired by Ifis Bank mainly concerns loans to small and medium-sized enterprises for medium/long-term financing assisted by MCC guarantees and factoring $365 million (€298 million), government and Cdp securities $165.4 million (€135 million ), deposits, including those of retail customers $539 million (€440 million), as well as the related personnel present in the Milan, Rome, and Bari offices.

The following are excluded from the acquisition perimeter: the securities linked to Greensill Bank AG in insolvency, the tax assets, the subordinated bond issued by Aigis Banca, as well as certain other legal relationships considered not functional to the transaction.

The assets included in the business unit to be acquired amount to approximately 5% of the total assets of the
Ifis Bank group as of March 31st, 2021, for corresponding RWA in the order of (€100 million).

The history of Aigis Bank is rather tormented

Prior to being acquired by Metric Capital, Gruppo Bancario Mediterraneo (GBM) was a regional commercial bank historically focused on traditional lending to local small and medium-sized businesses, which had entered into receivership in October 2015, after an investment of around $49 million (€40 million) to acquire the former Banca Federiciana in Andria, Puglia, which was followed by a period of continuous losses and capital erosion, until Banca d’Italia established its receivership and the search for investors to take it over and thus avoid the forced liquidation of the institution.

SEE ALSO  Not all ICOs are created equal: How to pick the best instead of the busted

In January 2017, MCP Private Capital Fund II, through its subsidiary MCP Investment II sarl, managed by Metric Capital Partners, had taken over 75.36% of the bank’s capital in partnership with Nicola Bonito Oliva (former manager of Dresdner Bank Italia) and Filippo Cortesi (one of Banca Sistema’s first managers), at the helm of Wave Securities, arranger of the transaction, who had, in turn, invested 21.43% through their November UK Ltd. The acquisition price was 7 million euros and at the same time, the bank was recapitalized for $24.5 million (€20 million), with the aim of strategically repositioning it as a new generation credit institution. Hence the new name of Aigis Bank.