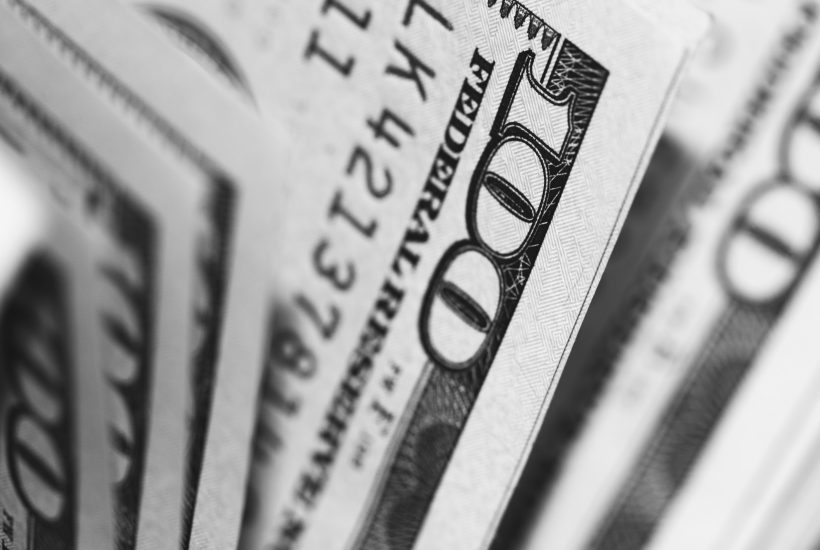 People tend to hear what they want to hear and believe what they need to believe. In no place is this more true than on Wall Street. The Fed has made abundantly clear that it will tighten monetary policy until inflation is virtually vanquished. And yet, those who have no choice but to be nearly fully invested at all times have completely ignored this fact and were left trying to convince the investing public not to believe their own ears. That was a huge mistake going into the start of this year, and that is even more true today. The entire FOMC is promising that rates are going to increase to about 4% by early 2023, but the cheerleaders still say they are bluffing.

What is closer to the truth is that the Fed will continue to raise interest rates towards its 4% target unless the credit and labor markets collapse. The entire cohort of money printers and market manipulators have been thoroughly embarrassed by their transitory inflation prediction. And now, they care much more about the unaffordability of rents than they do about making sure corporate profits are better than expected. If they were to flip-flop again now, the little credibility they have left would be gone. Let me be clear, Powell will indeed eventually pivot, but it will be because the economy and equity markets have collapsed, not because stock prices are falling.

Investors should not take much solace in the idea that inflation has peaked because it always does during recessions.

The narrative from Wall Street is that inflation has peaked, the bear market is over, and a new bull market has begun. This sophomoric and specious conclusion completely ignores the other half of the equation, which is, the falling rate of change in CPI is a direct consequence of a faltering economy.

Hence, there is indeed a realistic hope that the Fed can stop hiking rates by 75 bps increments and can dial it back to 50 and 25 bases point hikes for the remainder of this tightening cycle. Powell may also stop raising the Fed Funds Rate altogether by early next year. However, it will come at the expense of a spiking unemployment rate, a crashing housing market, clogged credit markets, plunging earnings growth, and equity markets that are in complete chaos.

The bad news for the perm-bulls doesn’t end there. Powell will be very reluctant to lower interest rates after the 4% target rate has been achieved, regardless of the damage done to the economy. This is because the memory of a dangerous and embarrassing battle with intractably-high inflation has been seared into the frontal lobes of all the members of the FOMC.

Proof that a peak Fed Funds Rates, peak inflation, and peak interest rates aren’t always a green light for equities can be found in the data. Below are the figures from the BLS regarding year-over-year increases in CPI from 1999 thru the end of 2009. You can clearly see that during the collapse of the NASDAQ bubble, the cyclical peak of inflation was at 3.8% in March of 2000. Likewise, during the Global Financial Crisis CPI peaked at 5.5% in July of 2008.

During the Dot.com recession, the Fed started slashing rates in May of 2000 and had to reduce borrowing costs by 475 bps before the market bottomed—that process took two years. During the Global Financial Crisis, the Fed began its easing cycle in September of 2007 and eventually took rates down by 525 bps before stocks found support—that process took a year and a half and was aided by a massive Quantitative Easing program. In a similar fashion, the 10-Year U.S. Treasury topped out in May of 2000 at 6.5%, and interest rates didn’t reach their cyclical bottom until June of 2003 at 3.1%. Likewise, the Benchmark U.S. Treasury Note topped out at 5.1% in July of 2007 and didn’t find a solid base until December of 2008 at just over 2%.

In both bear markets of 2000 and 2008, the S&P 500 shed about 50% of its value after the start of the Fed’s easing cycle began. Peaks in inflation, the Fed Funds Rate, and Treasury yields are not always a signal to buy stocks.

The key takeaway here is thus: Peak inflation also signals the peak in stock prices when the decrease in the rate of inflation is caused by a sharp decline in economic growth.

Peak inflation and lower borrowing costs are great news for equities in the medium and longer term. Nevertheless, buying stocks into the teeth of a recession is a really bad idea.

Stock valuations are still extremely high–P.E. ratios are higher than their 20-year averages, and earnings estimates are way too optimistic given the downward trajectory of global GDP growth. The Fed is hiking rates at the fastest Rate of Change in history, from 0% in March to at least 3.3% by the end of 2022. Meanwhile, Q.T. is now ramping up to $95 billion per month. Those negative effects on earnings and the economy have yet to be felt but will become clearly manifest in the near future.

It is crucial to have a model that is able to identify when easing financial conditions have sufficiently re-liquified the financial system and can lead to a viable bull market. In contrast, we are heading in the exact opposite direction today.