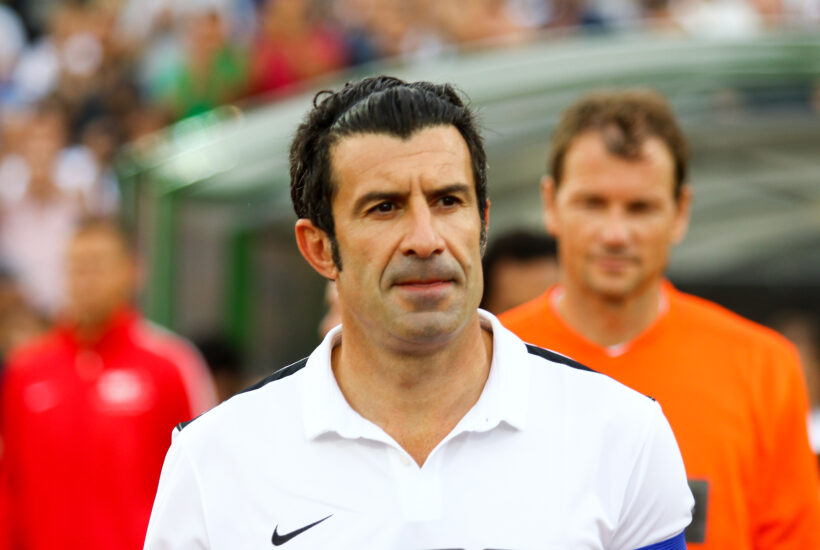 All over the world, several athletes have claimed to be users of cannabis products. Luis Figo, former captain of the Portuguese national team, has claimed to have used cannabis products during his sporting career and achieved positive results. Luis Figo thus debuts on the cannabis market with LF CBD, demonstrating above all that the king sport’s athletes are aware of the reality and benefits of cannabis. In February 2021, the British player David Beckham also invested in a cosmetics company with CBD.

On Luis Figo’s page, the former player leaves a personal note to visitors, “after testing all the products, I would like to invite you to check the link in my bio and try them,” which can be read on Luis Figo’s Instagram. “Made 🇪🇺UE with 100% organic hemp grown in Switzerland. Vegan-Friendly. Free of GMOs, gluten, harsh chemicals, pesticides, heavy metals, and other harmful ingredients,” the page states.

In another post, Luís Figo said that “a common concern shared by many people who want to try CBD oil for the first time is whether the product can harm them or cause any kind of unwanted addiction.” The former player then explains that his products, “because they contain less than 0.03% THC, have no such effects.”

From Soccer to CBD

Luís Filipe Madeira Caeiro Figo was born in 1972 in Lisbon and was considered the best player in the world by FIFA in 2001. With a professional career of more than 20 years in clubs in Portugal, Spain and Italy, Figo represented the Portuguese National Team 127 times and is included in the FIFA top 100. Figo is the second most-capped Portuguese player, only behind Cristiano Ronaldo.

SEE ALSO  Mining in Russia: An economic boost or an environmental threat?

He won the Ballon d’Or in 2000 and was made an Officer of the Order of Infante D. Henrique in 2004, before retiring from soccer in 2009. Figo is now president and creator of the Luís Figo Foundation, which has several soccer academies in Portugal and other countries to help children in need. Figo also holds the position of president of the “Board of the Golden Quinas”, of the Portuguese Football Federation, a body that nominates and rewards the best performing Portuguese players in soccer, futsal and sand soccer.

Under Portuguese law, CBD is considered a medicine and can only be sold with authorization from Infarmed. The National Medicines Authority has even issued a circular reiterating that CBD in cosmetics is prohibited. However, the rules applied to the hemp and CBD market have been highly contested in Portugal, with the courts ruling in favor of industrial hemp farmers and CBD traders. The rules applied to CBD vary from country to country in Europe and a lack of uniformity in the law has hindered understanding for the development of a common cannabis market at the European level.

But where will Luis Figo’s CBD come from? In the Terms and Conditions of the website selling the CBD products, it is stated that they will be shipped by A4 Group, a Polish-based company and member of the EIHA – European Industrial Hemp Association consortium, with approval of CBD as a novel food. The label of the Fig products will read “Swiss Quality” and “Novel Foods”.

In Switzerland, where Luis Figo’s CBD will come from, CBD use is widespread, to the point where CBD cigarettes are sold at Lidl. Switzerland has also put forward several pilot projects to legalize the adult use of cannabis in various cities around the country.