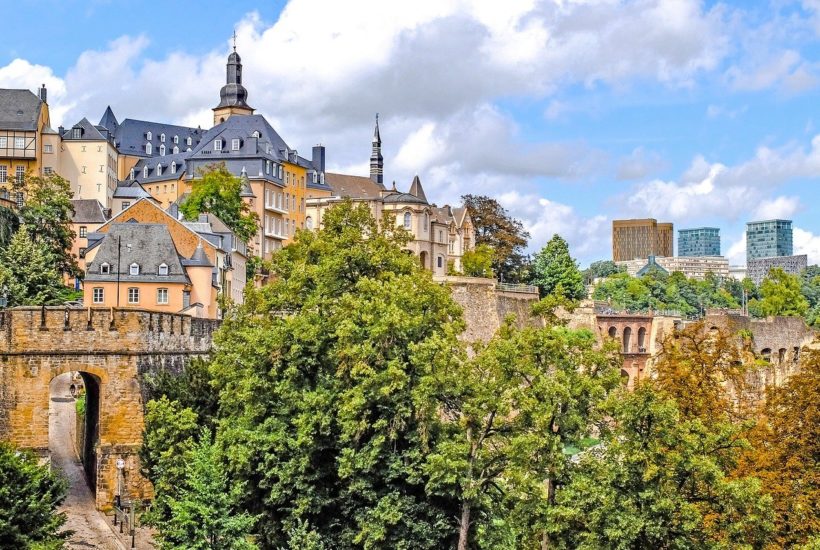 The cultivation and sale of cannabis for recreational use should be legal in Luxembourg by the end of the legislative period in the fall of 2023 at the latest. That was the promise made by Prime Minister Xavier Bettel in his government declaration after the 2018 election.

His then health minister Etienne Schneider announced a draft law by fall 2021. So there’s not much time left to make Luxembourg the first country legal cannabis use in Europe. But the longer the clock ticks, the more uncertain it is whether Luxembourg will be able to meet the timetable.

Schneider’s successor in the Ministry of Health, Paulette Lenert, has been responsible for health in the Grand Duchy since February – which means that at the moment, she is primarily responsible for the fight against the coronavirus pandemic.

Read more about the legalization of recreational cannabis in Luxembourg and find other important cannabis news with the Hemp.im mobile app.

Minister: The legalization of cannabis is not a priority

The lawyer has so far made no secret of the fact that she does not consider the legalization of cannabis – combined with strict regulation – to be a priority at the moment.

“The government has not given itself a specific deadline by which regulation should come into force,” a ministry spokeswoman informed. The priority, she said, is “that the government gives itself the necessary time to be able to work out this undertaking adequately and in peace.”

As recently as May 2019, Minister Schneider had appeared before the press together with his justice colleague Félix Braz from a three-day fact-finding tour to Canada. Important parts of the Canadian model of cannabis legalization could also be used for Luxembourg, which has a good 600,000 inhabitants, they said at the time.

In a key points paper, it was stated that anyone who has lived in Luxembourg for more than six months and is older than 18 should be allowed to buy up to 30 grams of cannabis per month. This is to be done at 14 sales points in the Grand Duchy. The cannabis is to be produced by two specially licensed and constantly monitored companies.

SEE ALSO  The power plays of Steve Jobs: How he persuaded people to follow his vision

“Luxembourg will not be the new Amsterdam,” Schneider assured at the time. She said it was about solving a public health problem: The black market should be eliminated, polluted and too strong cannabis should be kept away, she said.

In a response to a parliamentary question, successor Lenert also pointed out that in the past five years the average concentration of the psychoactive ingredient in illegally trafficked cannabis (delta-9-tetrahydrocannabinol/THC) had risen from 11.6 to 18.4 percent in the meantime. That has increased the “potential risks” of cannabis – “new approaches” are needed, he said.

Canadian cannabis model is too complex

But that, he said, is a “complex challenge.” The Canadian model “cannot be applied one-to-one to the Luxembourg context,” a ministry spokeswoman said. The Netherlands, where cannabis is only tolerated, also has an interesting project on the controlled supply of the narcotic, he said.

A number of issues now need to be resolved in Luxembourg. These include not only the control of sales and production, but also how high or low cannabis should be taxed.

Sascha Theis is worried: In the past two years, the entrepreneur has opened 19 stores in Luxembourg where he sells legal cannabis products (CBD), i.e. those with an extremely low THC content. Since December 2019, the state has not only levied 17 percent VAT on them instead of the previous 3 percent. It has also imposed a 33.5 percent tobacco tax since the beginning of the year. “Almost all CBD businesses will be driven into insolvency by this in the near future,” said Theis, who lives near Idar-Oberstein (Birkenfeld district) and will continue to file suit against the tobacco tax.

He said the government’s price surcharge of 50 percent overall is leading to a resurgence of the black market. “A step in the completely wrong direction,” Theis said. Customers now order online in Germany or Austria, saving Luxembourg tobacco tax. If the authorities wanted to legalize the market for the more intoxicating THC cannabis in a similar way, it would be “completely nonsensical”: because of the high prices, “THC cannabis would then continue to be bought on the black market.”

Work on the national concept for the legalization of cannabis is “not yet complete,” Lenert told parliament. The government therefore “continues to strive for a more adequate, contemporary and solution-oriented regulation of the widespread use of cannabis for non-medical purposes in Luxembourg.”

(Featured image by djedj via Pixabay)

First published in RND, a third-party contributor translated and adapted the article from the original. In case of discrepancy, the original will prevail.