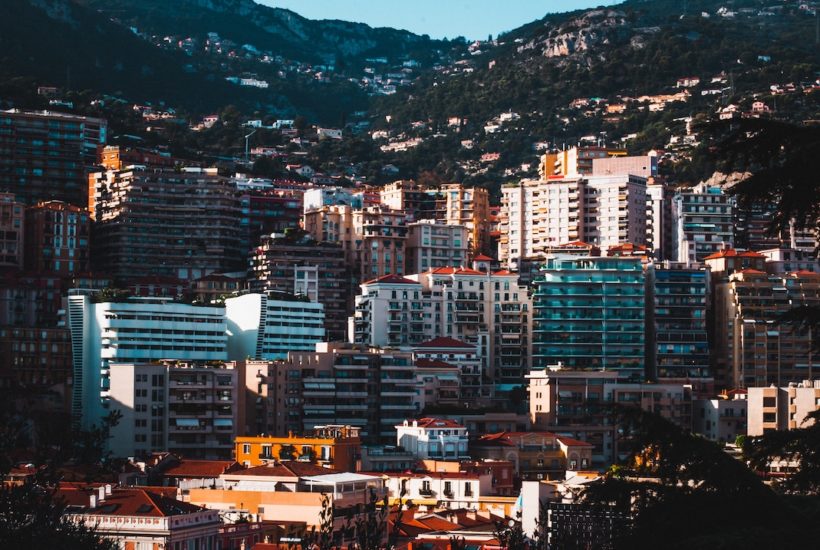 The Fairmont Hotel in Monte Carlo can be seen during its years of construction: dark wood panelling over beige marble lends the rectangular flat building from 1975 below the Monte Carlo casino the charm of a different time. The pictures of the opening with Prince Rainier and his wife Gracia Patricia still adorn the entrance area today.

Those who want to stay in the Mecca of casino games since Saturday and until this coming Thursday can expect to pay prices of 350 Euro per night for the simplest room. But only if you are a long-time customer and always reserve a few dozen rooms at one time. Reinsurers, who at this time are invading the Principality of the Mediterranean in great numbers, routinely do this.

The “Rendezvous de Septembre”, the largest meeting place for the sector, which is difficult for outsiders to understand, will take place for the 63rd time this year. The first time, back in 1957, there were 500 participants from 27 nations. This year, there will be 2800 from 72 countries.

The number of participants has grown to such an extent that the Reinsurers’ Meeting is now the second-largest event in Monte Carlo after the world-famous Formula One race. Every spring, that race chases through the city’s narrow gorges of houses.

Now the sense of big motor shows like the IAA, which starts this week, becomes apparent at first sight. Even in the financial sector, there are investor fairs such as Invest in Stuttgart or the DKM sales fair in Dortmund that carry a rather self-explanatory character.

A meeting of reinsurers is different. Small groups – mostly middle-aged men and upwards – sit at small tables. Some are adorned with a table pennant to name the “host” of the table.

The cast changes every half hour, new people are added, the participants of the previous round switch to other tables, sometimes to other hotels such as the Hermitage or Le Meridien. There, similarly, bizarre scenes take place.

SEE ALSO  Satispay Closed a Series D Round of 320 Million, Becoming a Unicorn

The tone is friendly and people have generally known each other for many years. The dress code is different from other venues in such a conservative industry; the term “smart casual” probably describes it best. Everything is relaxed, to which the late summer atmosphere in the Mediterranean certainly contributes. And because the ambiance is so pleasant, many participants arrive with their partners. After all, there are more unpleasant places to spend the weekend on business.

It is precisely this mixture of power and self-employment within a closed professional society that has been getting the critics of the event’s attention in recent years.

Particularly since the mini, 30-minute meetings in smaller and larger rounds usually see large deals being closed in record time. The heavy-hitters sit together and sound out the customer’s price expectations for the coming year — many of whom are primary insurers. And then they disperse again in a friendly manner.

Finally, they will all meet again in six weeks’ time in a similarly dignified atmosphere in Baden-Baden where they enter into more deep negotiations. Nevertheless, the costs of the event held a the foot of the Black Forest and at which a similar number of people gather is said to amount to only one-seventh of what the Monte Carlo event incurs every year. At least that’s what we’ve been told from one industry giant.

The presentation rooms play a large part in the enormous costs incurred in Monte Carlo. At Munich Re, this is a kind of oriel of the Fairmont Hotel with the best view of the sea, bay and mountains.

For years, Swiss Re has even afforded itself a large pavilion above the marina, while the French company Scor has traditionally secured the space behind the casino overlooking the sea for its own pavilion. And the British broker Aon has virtually converted the world-famous Café de Paris opposite the casino into its headquarters.

The “Old World” is, therefore, echoing more and more often towards the industry. Much of what happens here is highly predictable and real innovation is missing. Insurtecs, for example, who as young innovative drivers among primary insurers have already brought about considerable changes, are not sought after at the meeting place.

Even the more recent top executives in the industry do not dare to shake it up. “We are an important player in the industry and we want to remain one,” says Jean-Jacques Henchoz, who continues to be committed to the “Rendezvous de Septembre.” The new head of Hannover Re, who had previously served Swiss Re for more than two decades, made his first public appearance in Monte Carlo this year.

Like Henchoz, virtually all the bosses of the major reinsurers are doing well. Hardly anyone dares to skip the controversial event. The only exception: Munich Re boss Joachim Wenning was absent for the second time in a row. Five of his colleagues from the Board of Management were there to do the job in his place.

First published in Sputnik News, a third-party contributor translated and adapted the article from the original. In case of discrepancy, the original will prevail.