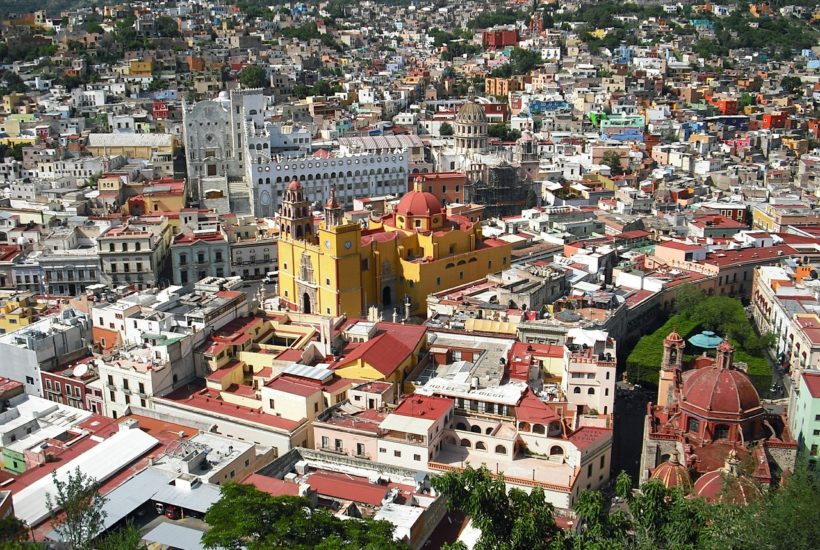 Mexican financial technology (fintech) startups, even with their achievements in 2020/2021, must put more effort into financing. The closure of traditional and physical channels was universally recognized as a growth opportunity for these companies, which already offered convenient and easy financial alternatives through digital channels.

That allowed companies in the industry to grow their penetration, and with it the opportunity to expand their business model much faster than expected in the medium term.

However, there are important challenges pending in the sector, and many of them have been present within the industry since even before the COVID-19 pandemic. One of the most interesting is obtaining resources for long-term growth.

According to Victor Manuel Borrás Setién, CEO of Bien para Bien, a digital real estate secured lending platform, many startups still lack a clear vision from the beginning to research, pursue and attract venture capital funding. This is clearly reflected in the way this type of funds are distributed, not only in Mexico but also in Latin America as a whole.

This is not a minor challenge. Mexican fintech companies have accumulated a series of important successes in recent months. However, the added pressure of these victories, without a financial backing that allows them to grow and develop, can be a real risk in the short and medium-term for their viability as businesses.

Read more about the fintech sector in Mexico and find the most important financial headlines with the Born2Invest mobile app.

In terms of capital injection, globally and regionally, it seems to have been a good year for fintech companies. According to CBInsights’ State of Fintech report for the second quarter of the year, investment in fintech companies totaled US$30.8 billion (MD), 30% higher than in the previous period.

A similar evolution can also be observed in the Americas, even more, accelerated. In the same report, between the first and second quarters of 2021, it is estimated that investments in fintech projects in South America shot up 153%. For the entire continent, the increase was 52%, above the global average.

Particularly in the case of Mexico, there also seems to be a robust fintech market. The CBInsights study states that 15% of investments in all of Latin America were made within the Mexican Republic.

These capital injections have been maintained beyond the close of this report, which presents a good outlook for the rest of 2021. The Konfío credit platform boasts having secured financing valued at 18 MD from the Grammercy investment fund, which would increase the total amount of its credit line to 178 MD.

The fintech players themselves acknowledge this positive situation. In an interview, David Blázquez, Country Manager of Mendel, a digital platform for expense submission and approval for companies, points out that “in Mexico, opportunities for growth are increasing. According to Latam Fintech Hub’s Fintech in Latin America report, Mexico closed the first half of the year as the second country in the region with the most Fintech investments. Mexican companies have raised 1,072 million pesos, which shows the growing interest of investors in betting on improving financial services in the country through technological innovation”.

However, there is an important problem. Both the CBInsights and Latam Fintech Hub reports estimate that Brazil accounted for the largest share of fintech investments in Latin America, with estimates of 70% and 78.4% respectively. In parallel, according to the latest figures from Finnovista and Statista (both updated to 2020), there were 441 fintechs in Mexico and 771 in Brazil.

In other words, startups in Brazil receive between 4.6 and 5.6 times more resources than those in Mexico as a whole, despite being only 74.82% more numerous. Such a disparity might suggest that the fintech ecosystem in Mexico is comparatively less attractive than that of its Brazilian counterpart.

And it is not an element that has emerged with the pandemic. If anything, it has been exacerbated by the health crisis. In 2019, according to Finnovating, Brazil comprised 69% of Latin American investments, a slightly lower percentage than that recorded for 2021.

In itself, there is already a natural concentration of resources in the fintech ecosystem. Also according to figures from the Latam Fintech Hub, 98% of the financing rounds in the first half of 2020 were concentrated in three countries: Mexico, Brazil, and Colombia.

The phenomenon is also replicated at the local level. For example, for the specific case of Mexico, of the 179.37 (MD) injected in the country for the first half of last year, 100 MD (about 55.75% of total) went to a single player, Credijusto, a digital platform for business financing.

The challenge, moreover, could get even worse. Aitor Chinchetru, CEO of Fintonic Mexico, a platform for processing physical or virtual cards, said in an interview that the intention to inject capital into these startups has been maintained and has even “increased, as fintech companies have shown they can break the space barrier to offer their services to consumers and therefore, they have had an exponential growth, which generates confidence in investors to even allocate more capital than before”.

This could be seen as good news. But if the injection of resources continues to favor only a few players in the ecosystem, it will be difficult to develop an attractive and solid Mexican fintech industry in the long term with all the potential of the hundreds of companies that today have managed to exist.

Funds to retain and acquire users

Worse yet, there is a very good chance that these resources are needed more urgently than they appear to be.

Already taking into account the effect of COVID-19, in data from Statista, the population of fintech users in the country is expected to grow to around 74.62 million people by 2022. And according to the same research firm, the figure should grow to 82 million by 2025.

With greater penetration among Mexico’s population also comes greater responsibility and a higher bar for fintech companies. According to Blázquez, his startup saw the expectation grow among the customer population that “companies like Mendel will have greater speed, ease, accessibility and above all security of their information”.

Borrás Setién confirms that consumers “would like us to respond instantly to my requests and not ask me for any requirements, that is the ideal. So, no matter how much we have cut down on time, there will always be the possibility of being faster. And we have to ask for fewer and fewer requirements from our customers.

In addition, there is another pending expectation for startups, beyond retaining the users gained in the pandemic. Since the concept of fintech companies gained traction in Mexico, they have been seen as a potential tool to close the country’s urgent banking penetration gap.

While much has been achieved, some players are disappointed in the relatively limited coverage obtained so far. A Catalyst Fund study found that, by mid-2020, 50% of Mexican seniors were still unbanked. A phenomenon much more pronounced in low-income, rural, and/or minority populations.

The fintech companies themselves acknowledge that they have failed in this mission. In a media panel, Raul de Anda, co-founder of Unreasonable Mexico, an acceleration platform, pointed out that “obviously making an application for someone living in Las Lomas is much easier than bringing financial services to, for example, a student”.

SEE ALSO  How to become a better backer for crowdfunding projects

On the same panel, Gustavo Rojo Blasquez, CEO of Vexi, a credit card platform, reaffirmed that there is still a long way to go to close that gap. “Yes we have to do it fast,” he admits, but he assures that it is also “very very late to reach those 30 million people who expect these services.”

To meet these demands will necessarily require scale and process refinement. For that, money is needed, the same resources that, with respect to Latin America as a whole, seem to be decreasing in percentage terms over time, even when the local net injection is higher.

Some indicators may already be reflecting concern about the ability of fintech companies to rise to the challenge. In Findexable’s annual ranking, which rates countries around the world according to the potential of their financial technology economy, Mexico fell two places in 2021 compared to 2020.

Also, the country’s capital, once recognized as one of the most attractive cities for fintech development in Mexico and the world, fell 27 positions in this same ranking. Monterrey and Guadalajara, the other major centers of commercial and technological activity, also plummeted several dozen positions.

In this context, what could be the solution? According to Borras Setién, fintech comapnies should “work explicitly more on it. For us, two years ago it was not a priority to obtain venture capital information. Today it is. So we have to be more concerned about carrying out focused efforts and achieving that investment”.

Mexican fintech companies had important victories during the pandemic, no doubt. But these advances are also sharpening the need to more aggressively seek investment and funding to strengthen their growth. And the only answer is to reorganize their strategic priorities, from the very moment of their conception, to try to attract the attention of national and international funds.

(Featured image by rodro via Pixabay)

First published in Arena Publica, a third-party contributor translated and adapted the article from the original. In case of discrepancy, the original will prevail.