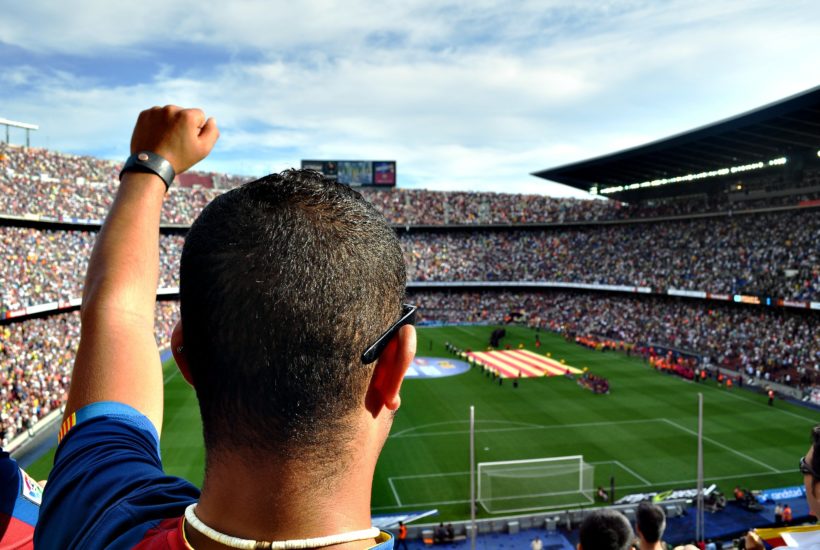 Mike Tyson has been in the legal cannabis business for a few years now. He is the co-owner of the company SwissX – a Swiss-American hemp/CBD company. With SwissX, the former boxing world champion now wants to become the title sponsor of stadium Camp Nou of FC Barcelona!

Read more about the possibility of renaming the Camp Nou stadium after Mike Tyson’s cannabis brand and be the first to find out the most important business news with the Born2Invest mobile app.

Football is not played these days, but still, there is nice news to report that it is more or less sporty. After all, how cool would it be if the world-famous and biggest football stadium in the world – indeed, Nou Camp of FC Barcelona – would bear the name of a cannabis brand?

The fact that it could even theoretically come this far is due to, however crazy it sounds, the corona crisis. For the first time since Nou Camp opened in 1957, the football club is selling the name through the Barca Foundation. Frenkie de Jong and Messi’s club will donate the money it will earn to the fight against the deadly viral disease. Especially in their home country of Spain, this virus has kept the country firmly in the Top 3 in terms of the number of deaths.

According to the BBC – not the least source of serious news – former boxing champion and now goose champ Mike Tyson (53) and the company SwissX – slogan: ‘For the Higher Good’ – of the flamboyant multi-millionaire Alki David are eager to rename FC Barcelona’s football temple Nou Camp the ‘SwissX stadium’.

SwissX, which is particularly active in the US, where it sells CBD and hemp products, is part of Tyson Ranch CBD Brand. Alki David said to BBC that the Nou Camp name sponsorship is ‘something we’re looking at especially.’

David: “My company is a cannabis company and Spain has a long tradition within the European Union as a leader of a liberal road to legalization, so this idea has come about naturally.”

According to the billionaire, ‘it remains to be seen’ whether naming the stadium after a cannabis company ‘is an attack’ on the reputation of La Liga, said the KNVB of Spain.

David added: “This is an opportunity I am optimistic about. It is a historic moment in the history of sport and it fits in perfectly with my current plans. The contact with FC Barcelona was made at the beginning of last week and I am honestly confident that the deal will come around.”

However, Tyson and David don’t want to just sponsor the name of the Camp Nou stadium. They also want to sell ‘plant medicine products’ in the stalls of the football stadium itself! And that would be something if the maximum of 99,354 fans of Messi, Suarez and De Jong present could smoke a tasty pre-turned CBD joint or drop a CBD oil capsule in the tranquillity of the Nou Camp football matches.

For that to happen, the current crisis will have to end, so that teams could play soccer again with an audience. However, fortunately, the sponsorship deal will only start in the season 20/21, so that’s from September. It would be an absolute world first if a stadium carries the name of a cannabis brand. Asked about any risk for the reputation of FC Barcelona – perhaps the world’s most popular football club – Alki David answered: “That remains to be seen. The world was born on ideas.”

(Featured image by damonify via Pixabay)